Suspected Russian spy caught working inside US Embassy in Moscow 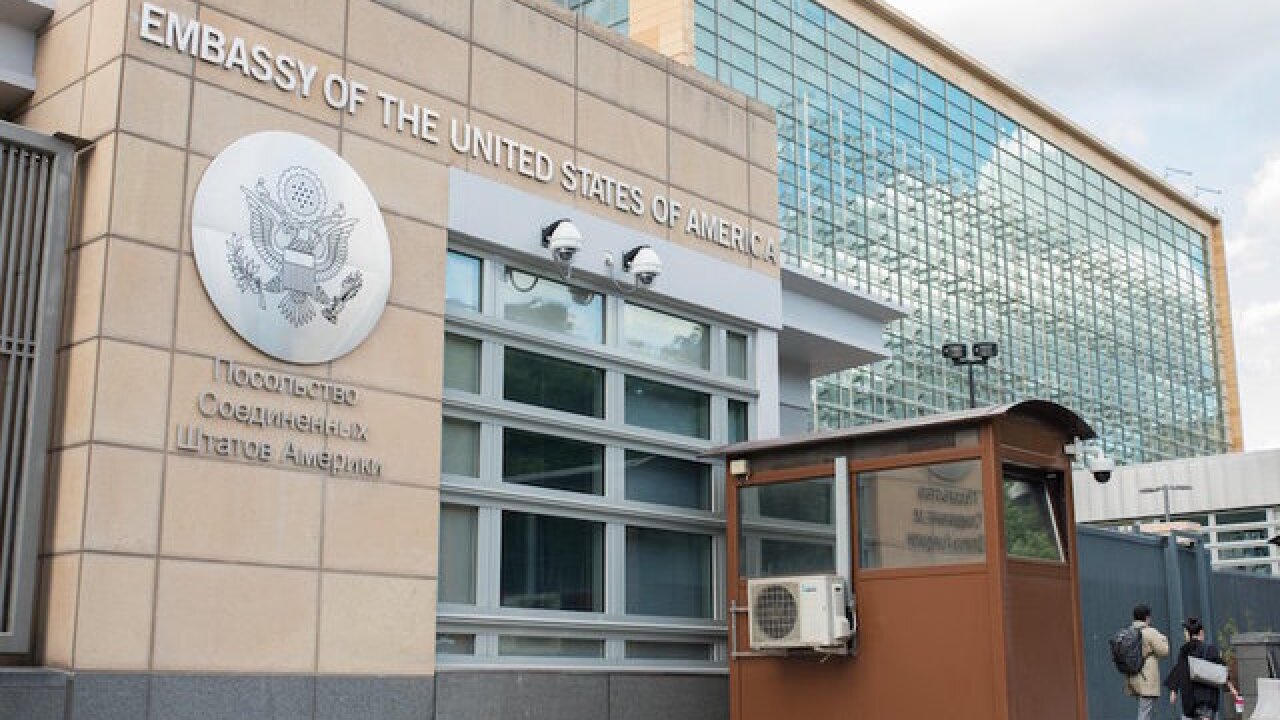 © 2018 Cable News Network, Inc.
Sergei Petrov/Getty Images
<p>A Russian spy was employed for more than a decade at the US Embassy in Moscow before being fired last year, a senior administration official tells CNN.</p>

A suspected Russian spy was employed for more than a decade at the US Embassy in Moscow before being fired last year, a senior administration official tells CNN.

The woman, a Russian national, worked for the US Secret Service for years before she came under suspicion during one of the State Department regional security office's routine security reviews in 2016, the official said.

The security office found the woman was having regular, unauthorized meetings with the Russian intelligence service, the FSB.

The Guardian first reported the news.

"We figure that all of them are talking to the FSB, but she was giving them way more information than she should have," the official said.

The regional security office alerted the embassy in January 2017 and the woman was dismissed last summer, after being caught red-handed, the official said.

"We knew it was happening and it was just a process of playing it out and giving her specific information that we saw her give back to the FSB," the official said.

The woman had access to the Secret Service's intranet and email systems, but the official said "this was not an issue of national security."

"She did not have access to highly classified information," the official said.

The State Department declined to comment, saying they "do not comment on allegations related to intelligence or personnel matters, and we have no information for you on this alleged incident."

The Secret Service said in a statement Thursday that at no time was the woman in a position to obtain national security secrets.

"At no time, in any US Secret Service office, have FSNs been provided or placed in a position to obtain national security information," the statement said.

The Secret Service "recognizes that all Foreign Service Nationals (FSN) who provide services in furtherance of our mission, administrative or otherwise, can be subjected to foreign intelligence influence," the statement said.

"This is of particular emphasis in Russia," the agency added. "As such, all Foreign Service Nationals are managed accordingly, to ensure that Secret Service and United States Government interests are protected at all times. As a result, the duties are limited to translation, interpretation, cultural guidance, liaison and administrative support."

Later Thursday, the Secret Service released a more detailed statement rebutting claims of a security breach or any relationship between the revelation of the woman's activities and the closing of the US Secret Service Moscow Resident Office.

"Reports of the timing of the individual's termination in question and the closing of the Secret Service Resident Office in Moscow correlate in any way are false. The U.S. Secret Service Moscow Resident Office closed in August of 2017 due to lack of cooperation from the Russian government - entirely unrelated to the termination of the FSN in question," the statement read. "Reports the Secret Service attempted to minimize or deliberately not disclose the U.S. State Department's findings are categorically false."

The statement went on to say, "Reporting and/or questions regarding a potential security 'breach' of U.S. Secret Service systems, information or reporting is unfounded as FSNs work on, and support, only projects with the intent of providing and/or sharing the information with the Russian government in furtherance of Secret Service and USG interests."

The State Department also acknowledged the risk of foreign governments trying to recruit its employees overseas and said it screens applicants and employees carefully as a result.

"As a general matter, we are aware that U.S. government employees, by virtue of their employment with the U.S. government, may be targeted by foreign intelligence services," the department said in a statement to CNN.

"Diplomatic Security and other law enforcement agencies rigorously vet new hires at our missions overseas, and all employees are also subject to ongoing reviews to ensure they are fully complying with their security responsibilities and Department security requirements," the State Department said. "When we identify an employee in violation of security directives, we take appropriate action at the appropriate time."