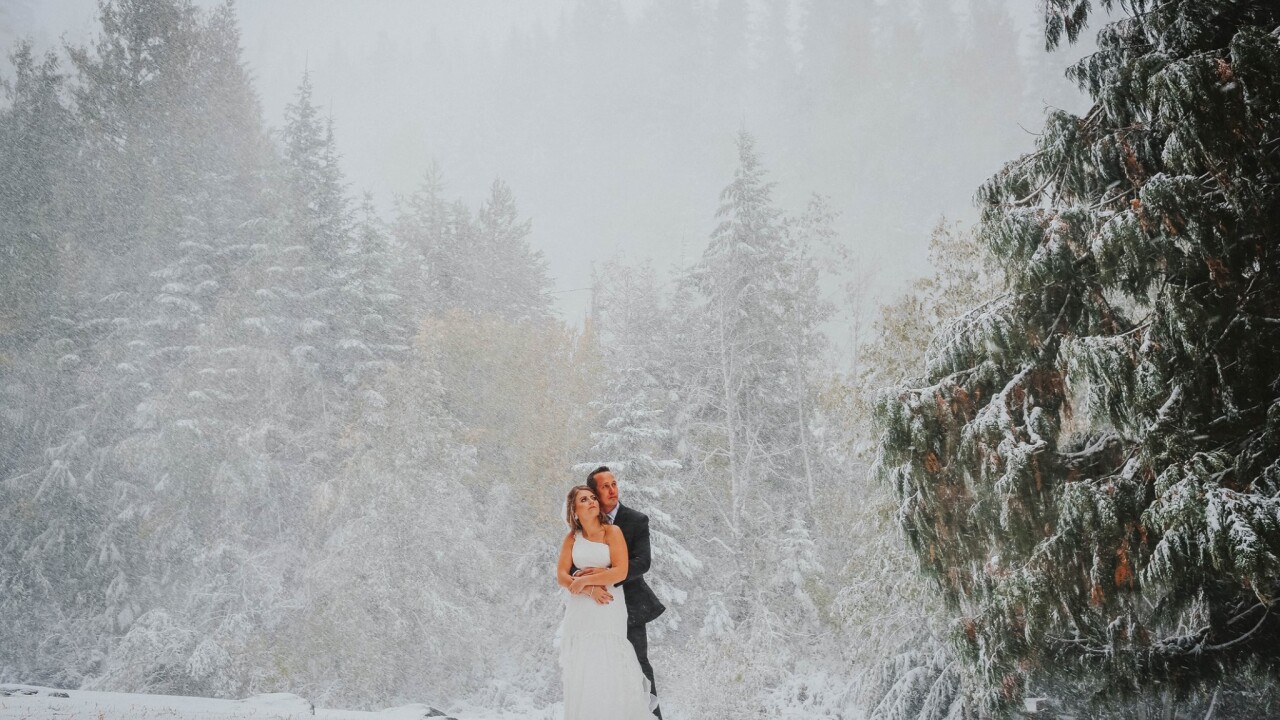 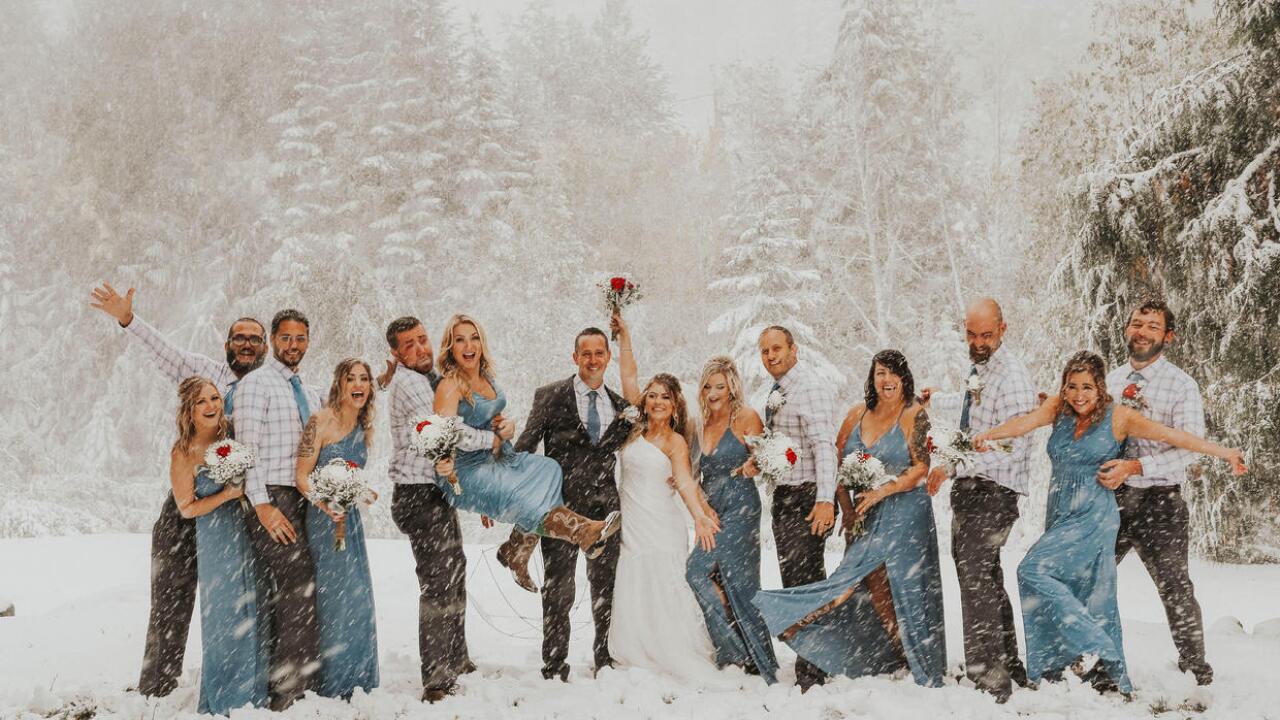 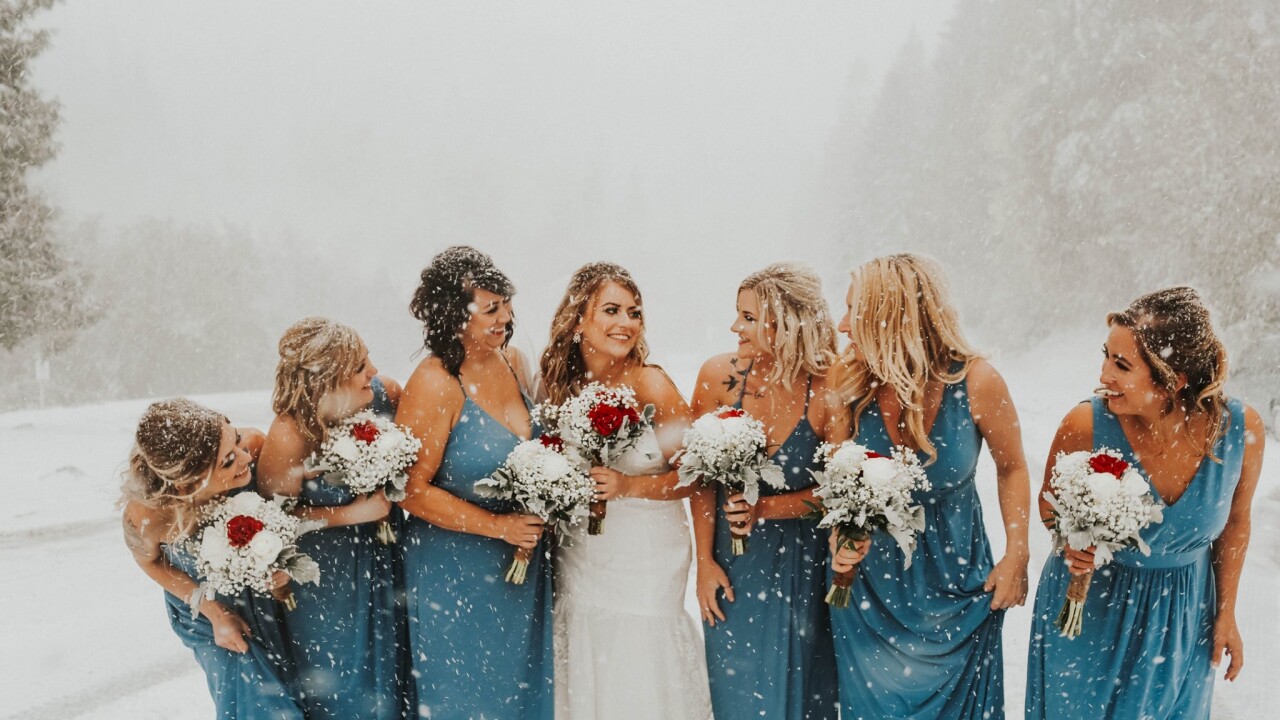 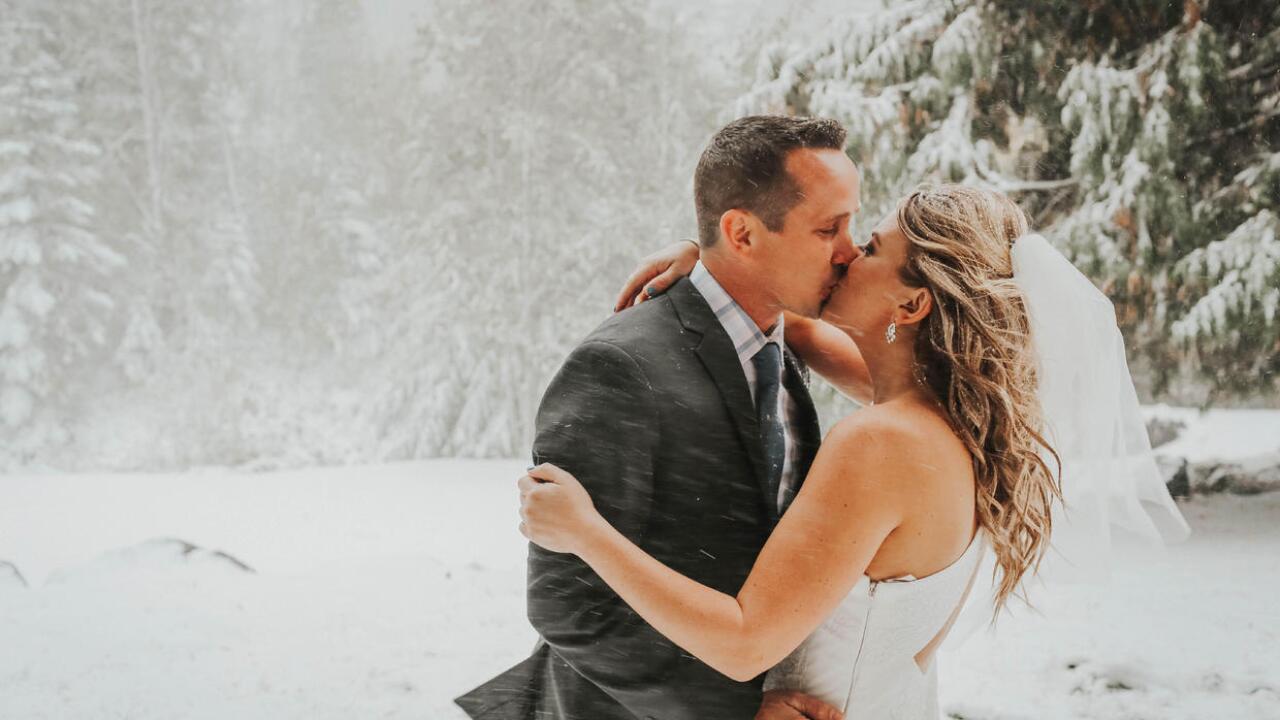 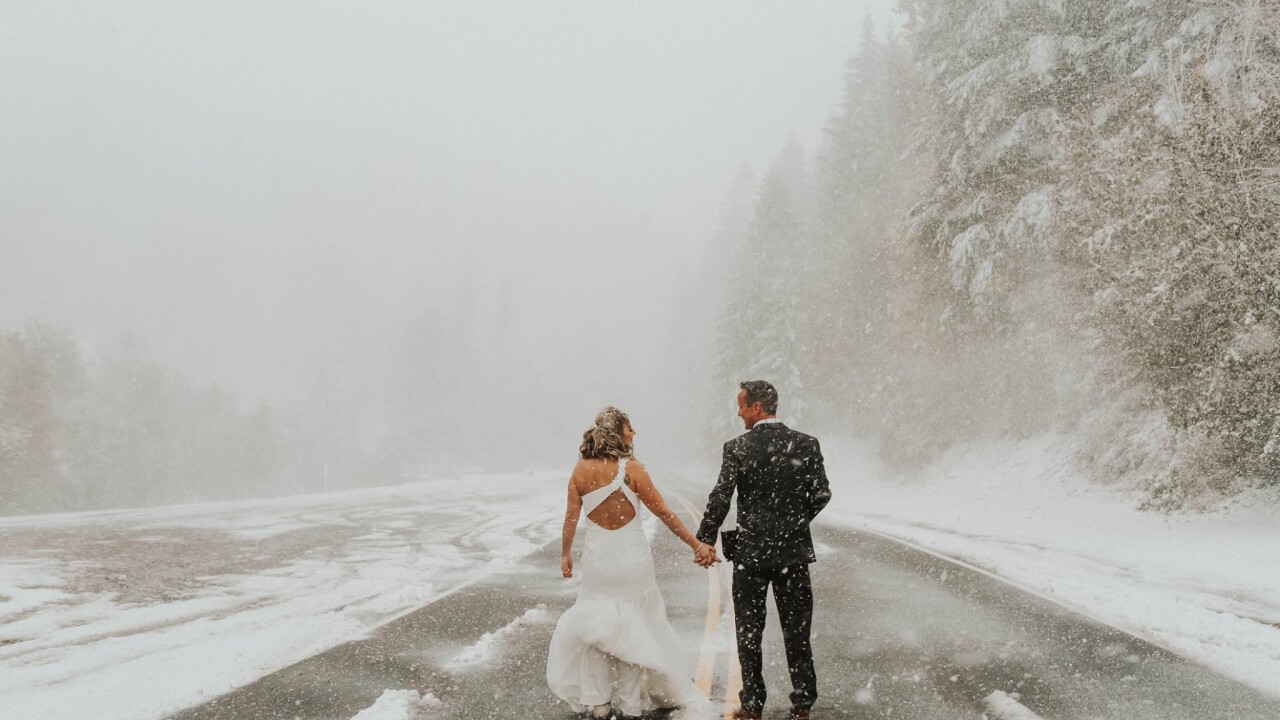 SPOKANE, Wash. – The snowfall that blanketed parts of the northwest over the weekend served as an epic backdrop for one couple’s wedding photos.

Brittany and Sean Tuohy of Arizona traveled back to their home state of Washington for what they thought was going to be an outdoor, "fall-themed" wedding, but Mother Nature had other plans.

The Tuohyy’ wedding photographer, Jamie Denise Fletcher of Jaime Denise Photography , told CBS News that she originally planned to take the couple to the top of Mount Spokane, where they would’ve been surrounded by the autumn foliage.

That planned unraveled when the snow really started to come down and the wedding was moved inside, so Fletcher and the wedding party made the best out of an unfortunate situation.

Using a scarf to cover her head and camera, Fletcher says she got about 10 minutes worth of photos, but the results were pretty spectacular.

“WHAT A DAY. What a freaking wild day,” wrote Fletcher on Facebook . “Who ever would've thought we'd get an actual BLIZZARD on Mt. Spokane on September 28th? WITH LIKE AN ACTUAL FOOT OF SNOW AND COUNTING? Not me. Not anyone.”