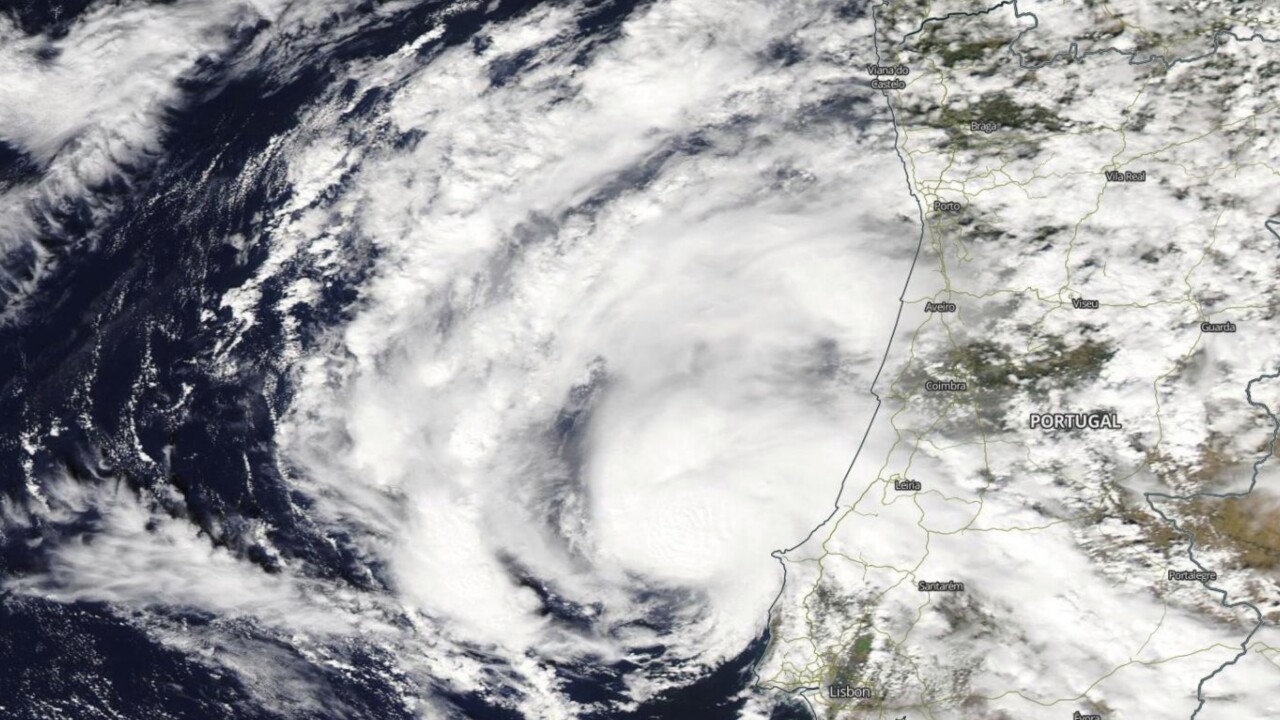 AP
This Aqua satellite image taken Friday, Sept. 18, 2020 and provided by NASA, shows subtropical storm Alpha in the eastern North Atlantic Ocean near Portugal's coast. The Atlantic’s record-breaking “crazy” hurricane season got a bizarre European remake Friday as forecasters ran out of traditional names and trotted out the Greek alphabet for subtropical storm Alpha. And it was misplaced geographically, bearing down on Portugal. (NASA via AP)

Tropical Storm Beta is gaining strength off the coast of southern Texas, as Subtropical Storm Alpha makes landfall in Portugal Friday afternoon; both are making history because of their names and timing.

This is only the second time in recent history more than 21 significant storms in the Atlantic have been named in a year. Tropical Storm Beta is number 23.

The National Hurricane Center uses a list of 21 names each year to distinguish large storms they are tracking in the Atlantic Ocean. Once those names are all used, scientists use the Greek alphabet to name storms.

Here are the Greek names for the 2020 Atlantic Hurricane Season for reference. pic.twitter.com/YsrpliN9fF

In that year, Tropical Storm Alpha didn’t form until mid-October.

Subtropical Storm Alpha is not expected to last very long now that it is over land, bringing winds and rain to Portugal and Spain.

Tropical Storm Beta is gaining strength and could become a hurricane early next week before making landfall along the southern Texas coast, according to the National Hurricane Center.