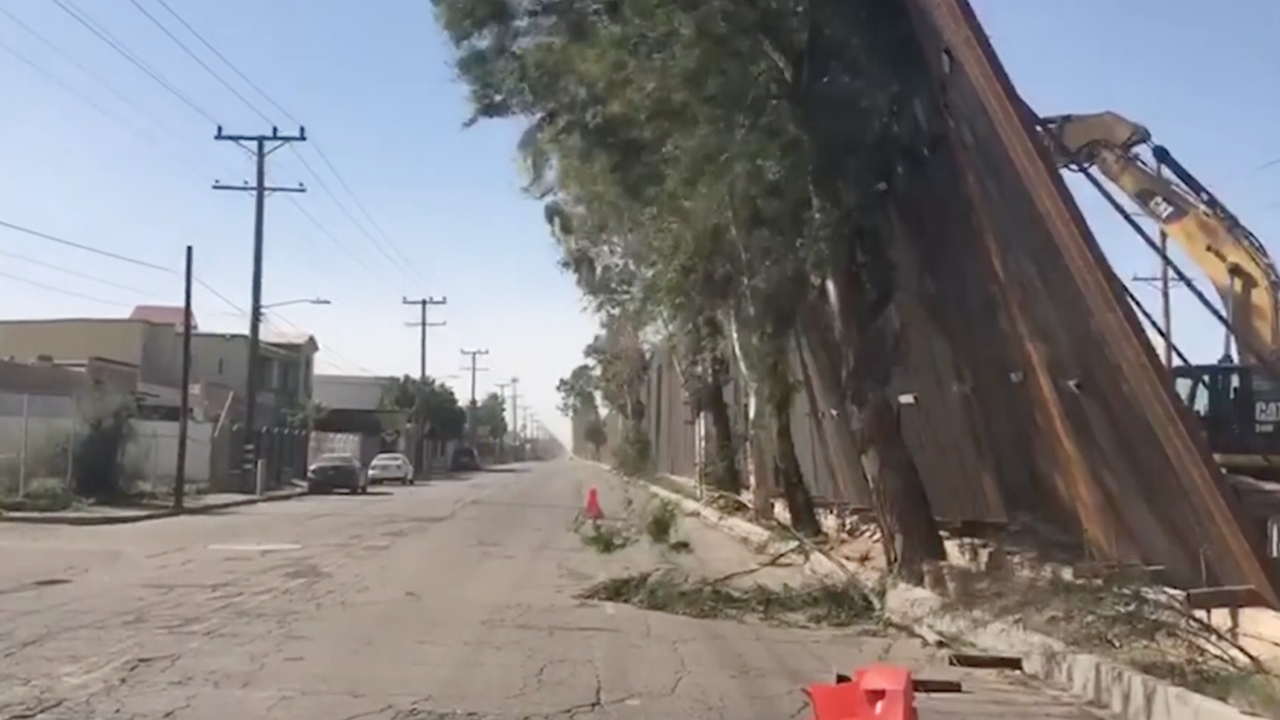 Video captured by KYMA on Wednesday show strong winds blowing over a section of the United States' border wall that abuts the border with Mexico.

The wall, which is mere feet from the border with Mexico, blew over, landing on trees on the Mexico side of the border. Construction workers were working on the US side of Calexico, California, to improve sections of the wall at the time it fell.

Customs and Border Protection officials told CNN that it will work with Mexican officials on next steps to re-erect the wall.

Agent Carlos Pitones of the Customs and Border Protection told CNN that the concrete had not cured when the gusty winds knocked over the wall.