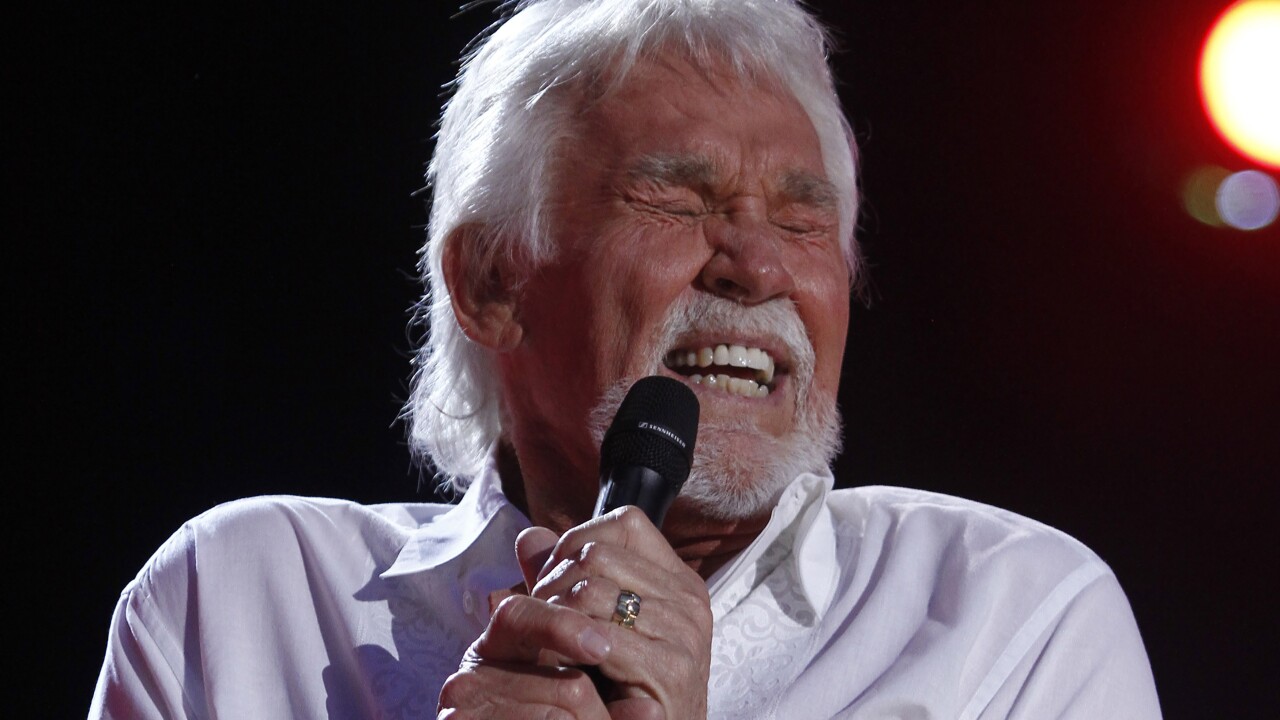 FILE - In this June 9, 2012, file photo, Kenny Rogers performs at the 2012 CMA Music Festival in Nashville, Tenn. Actor-singer Kenny Rogers, the smooth, Grammy-winning balladeer who spanned jazz, folk, country and pop with such hits as “Lucille,” “Lady” and “Islands in the Stream” and embraced his persona as “The Gambler” on record and on TV died Friday night, March 20, 2020. He was 81. (Photo by Wade Payne/Invision/AP, File)

Actor-singer Kenny Rogers, who embodied “The Gambler” persona and whose musical career spanned jazz, folk, country and pop has died at 81. A representative says Rogers died at home in Georgia on Friday night.

A Rogers representative said that he died from natural causes.

The Houston-born balladeer with a husky voice had hits like “Lucille,” “Lady” and “Islands in the Stream” with Dolly Parton.

Parton took to social media to pay her respects and say how much she loved him.

You never know how much you love somebody until they’re gone. I’ve had so many wonderful years and wonderful times with my friend Kenny, but above all the music and the success I loved him as a wonderful man and a true friend. pic.twitter.com/hIQLIvt8pr

Rogers sold tens of millions of records and was the star of TV movies, making him a superstar in the late ‘70s and ’80s. With his silver beard and folksy charm, the Grammy winner excelled as a musical stylist for more than six decades.

He was the recipient of the CMA Willie Nelson Lifetime Achievement Award in 2013 and earned CMT Artist of a Lifetime in honors in 2015.

Because of the COVID-19 crisis, the family said that it plans on holding a small, private funeral, but promises to hold a public memorial for fans and friends at a later date.