'It could be life or death' 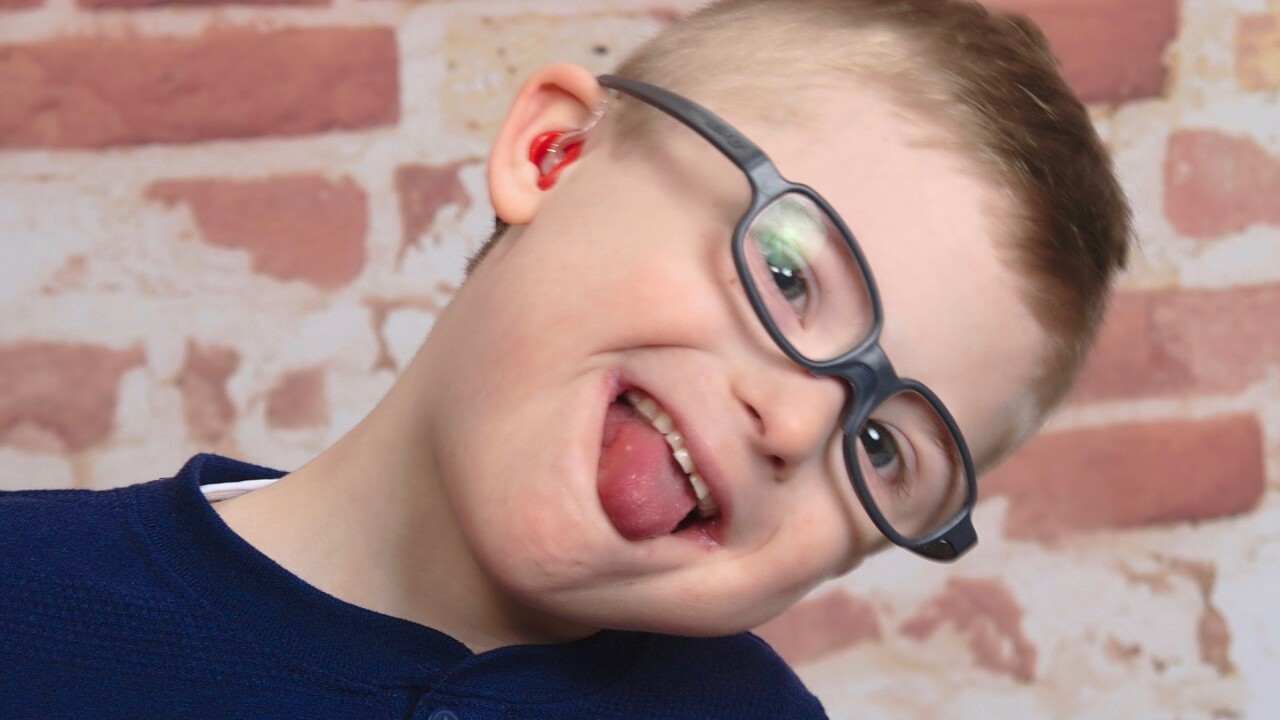 MONTGOMERY, Ohio — When Karen Klugo’s daughter, Alexis, needed hearing aids at 18 months, Klugo and her husband didn’t want her hearing to slow her down.

“Of course we wanted to do everything that we could to make sure that she had normal development and that she would learn to hear and speak as well as any other child,” Klugo said.

They took her to an audiologist, speech and language therapy and something called “aural rehabilitation” to help her become a better listener.

“Then I got the bills and realized that not one penny of any of the services that we went through were covered by insurance,” Klugo said. “This was considered a cosmetic type of thing.”

Klugo was stunned. She and her husband could afford the $4,000 bill for their daughter’s first hearing aids and the hundreds of dollars that each audiologist appointment and therapy appointment cost. As the years passed, however, Klugo became increasingly worried about working families across Ohio who can’t afford the help their hard-of-hearing children needed.

The Klugo family, from left, Chase, Michael, Alexis and Karen.

Now Klugo, a Cincinnati eye surgeon, is one of two local moms working to get Ohio law changed. She and Monica Schneider, a political science professor, have met with state lawmakers sponsoring House Bill 243, a measure that would require health insurance to cover hearing aids and related services for children until the age of 22.

“Medicaid does offer coverage, Medicare offers coverage, but there’s nothing in between,” said Rep. Casey Weinstein, a Democrat from Hudson and one of the bill’s primary sponsors. “So you’ve got a lot of families that are above the poverty level with kids who are working families and don’t have coverage.”

The legislation would require private health plans to cover $2,500 per hearing aid — $5,000 total — every four years.

Twenty-three states, including Kentucky, already require that health benefits plans pay for hearing aids for children, according to the American Academy of Audiology. Five of those states also require hearing aid coverage for adults.

‘It would have killed me’

Like Klugo, Schneider learned the hard way that her health plan didn’t cover the entire cost of hearing aids for her son, Harrison. Her policy only covered $500 total.

Harrison was born with Down syndrome and didn’t have any problems with his hearing initially, Schneider said. But when Harrison was about 5, he developed a hole in his eardrum that made him hard of hearing, she said.

“We realized he wasn’t hearing everything we were saying,” she said. “When we decided to get hearing aids, I expected that my insurance would cover it as it does with his glasses.”

She and her husband have been able to afford hearing aids for Harrison, who is now 7, she said, and it has made a big difference for him.

“Talking is something that’s very hard for him, and he has intellectual disabilities. He really doesn’t talk much. But when he wears his hearing aids, he responds to us,” she said. “It’s a big deal.”

“Our expectation for Harrison is that he grow up to be a productive, taxpaying member of society," Schneider said. "We expect him to live independently, and in order for him to do that, he has to be able to hear. It would have killed me if I could not have paid for both of his hearing aids.”

Far too many parents are faced with that problem, Klugo said.

She recalled a time when Alexis was little and approached another little girl in the audiologists’ waiting room. Alexis asked why the other girl only had one “magic ear,” which is what the audiologist called her hearing aids at the time.

“And she said, ‘My mom and dad could only afford one,’” Klugo said. “We’ve heard all kinds of stories like this. It’s just heartbreaking.”

Klugo and her husband both carry a gene that can result in congenital hearing loss, and their son also was born hard of hearing. Chase’s hearing loss is more severe than his older sister’s. He is now 10 and got fitted for his first hearing aids at three weeks old.

Alexis Klugo displays her old hearing aids, which cost about $5,000 for the pair.

He does well in school and is taking accelerated math classes, Klugo said, but he wouldn’t be thriving without his hearing aids.

“He needs them to hear the fire alarm and to know if somebody’s at the door,” she said. “It’s a matter of safety, and it could be life or death.”

Not everyone is sold

Alexis, who is now 13, said it’s difficult to imagine what her life would be like without her hearing aids.

“I use my hearing aids for everything,” she said. “When I don’t have them in, I struggle a lot.”

They are so important to her, in fact, that as Alexis has gotten older she has asked for donations to the Cincinnati Children’s Hearing Aid Trust & Early Hearing Intervention program for her birthday instead of gifts.

The program, known as CCHAT, helps provide money to families that can’t afford the hearing aids their children need.

From left, Chase and Alexis Klugo.

“I’m very fortunate that my parents are able to afford what I need to be able to hear, and I believe that other kids should be able to hear as well and that they should have the same opportunity,” Alexis said.

That’s the goal of House Bill 243, which has early support from both Democrats and Republicans in Columbus.

But not everyone is sold.

Chris Ferruso, the legislative director of the National Federation of Independent Businesses/Ohio, noted that the proposed mandate would not apply to self-insured plans, which cover a significant part of the insurance market.

“There’s a very real potential to have a significant gap in coverage out there in the marketplace,” Ferruso said. “Our plea is to try to find a mechanism to ensure that all Ohioans have coverage.”

Ferruso said most of the businesses that are members of his organization struggle to provide health insurance for their employees, and any cost increase makes it more difficult.

Weinstein said similar legislation in Georgia only added 15 cents to the cost of insurance per insured person, but Ferruso said that merits further study.

“It’s going to vary from one employer to another,” he said. “And if it is 15 cents per person, can the state find the money to cover that?”

Weinstein said Ohio’s population of children who are hard of hearing is relatively small. Roughly one in 1,000 kids is affected.

“I call this a Right to Hear bill,” he said. “We’re giving kids an opportunity to reach their maximum potential during the important formative years in their lives. It makes so much sense to intervene early, morally and economically.”

Klugo and Schneider are among hundreds of parents across Ohio determined to encourage state lawmakers to do just that.

More information about House Bill 234 is available online. Parents of children who are hard of hearing can learn more or get involved through a Facebook group called Let Ohio Hear.