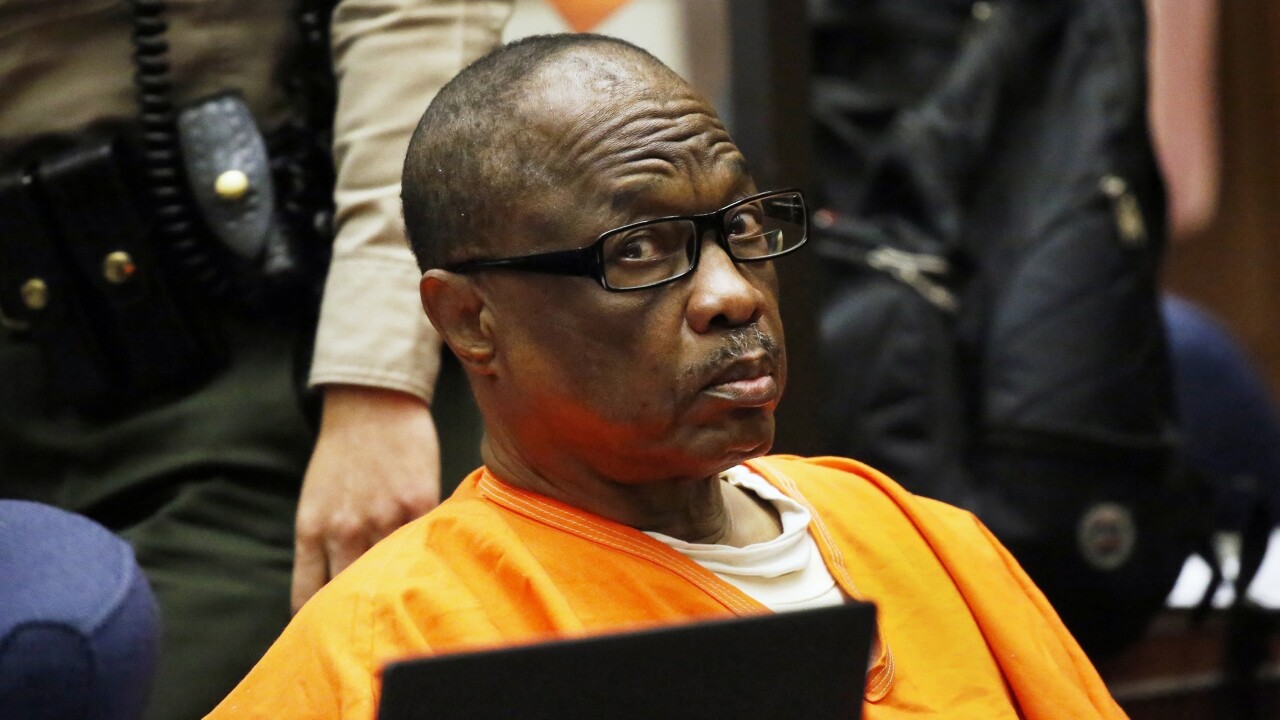 Al Seib/AP
FILE - In this Aug. 10, 2016, file photo, Lonnie Franklin Jr., a convicted serial killer known as the "Grim Sleeper," is sentenced in Los Angeles Superior Court. Lonnie Franklin has died in a California prison. He was 67. Corrections officials said Franklin was found unresponsive in his cell at San Quentin State Prison Saturday, March 28, 2020. An autopsy will determine the cause of death; however, there were no signs of trauma, corrections spokeswoman Terry Thornton said in a statement. (Al Seib/Los Angeles Times via AP, Pool, File)

SAN QUENTIN, Calif. (AP) — Lonnie Franklin, the convicted serial killer known as the "Grim Sleeper" who preyed on the women of South Los Angeles for decades, has died in a California prison. He was 67.

An autopsy will determine the cause of death; however, a corrections spokeswoman said there were no signs of trauma.

Franklin had been on death row since August 2016 for the deaths of nine women and a teenage girl.

Franklin was linked at trial to 14 slayings, including four women he wasn't charged with killing.

Police have said he may have had as many as 25 victims.