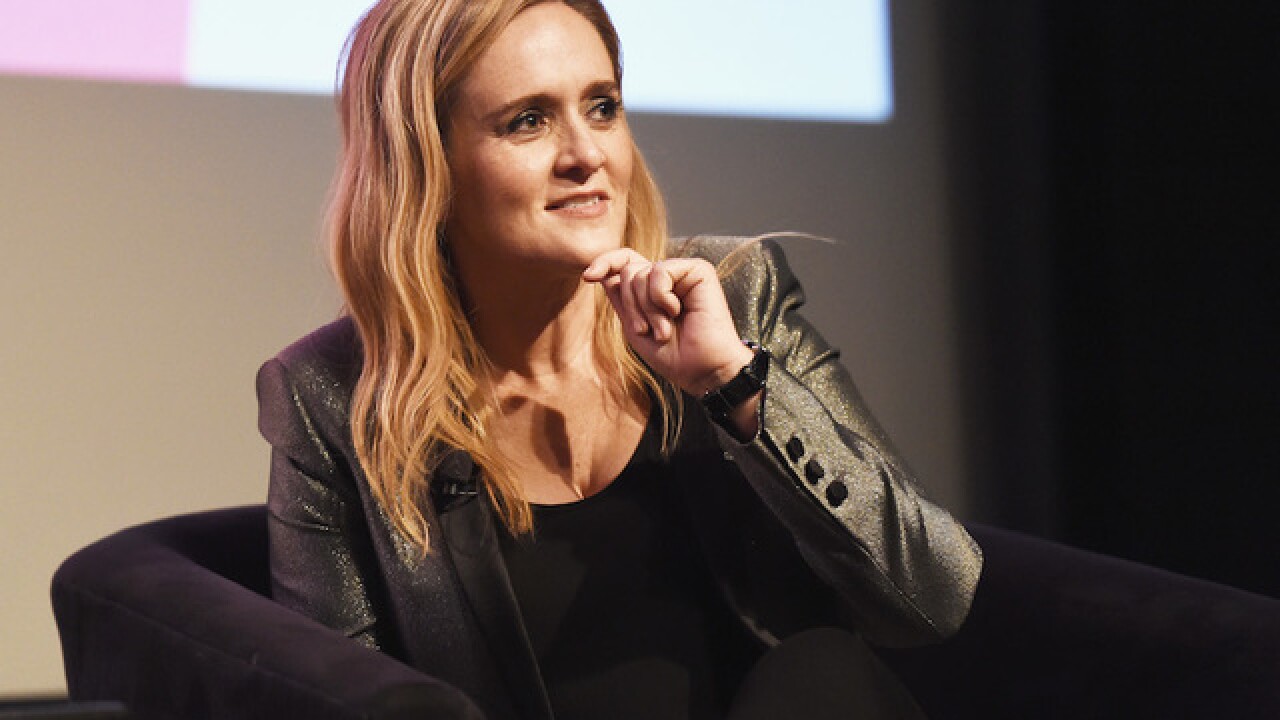 Samantha Bee attempted to turn the page in her first on-air appearance since her use of a vulgar term to describe Ivanka Trump landed her in hot water last week, but before doing so, she had a tongue-in-cheek message: "Sorry for breaking America."

The late-night host began the new episode of her TBS show, "Full Frontal with Samantha Bee," by directly addressing the controversy that erupted after she referred to Trump as "a feckless c***" during a segment about immigration policy.

"It is a word I have used on the show many times, hoping to reclaim it. This time, I used it as an insult. I crossed a line," she said, echoing some of the language used in her initial apology. "I regret it and I do apologize."

Bee added: "The problem is that many women have heard that word at the worst moments of their lives. A lot of them don't want that word reclaimed. They want it gone, and I don't blame them. I don't want to inflict more pain on them." (Bee also joked, "Many men were also offended by my use of the word...I do not care about that.")

Bee said while she aims for her TBS series to be "challenging" and "honest," "I never intended it to hurt anyone, except Ted Cruz."

Bee also called on those "worried about the death of civility" to reexamine their priorities.

"I'm really sorry that I said that word, but you know what? Civility is just nice words. Maybe we should all worry a little bit more about the niceness of our actions," she said.

Bee kept her most substantive comments about the controversy to the top of her show, but made reference to her tough week throughout the half-hour and even used it for some gags, one of which involved a panel of all-male "mandatory sensors."

At another point, she joked, "I promised I would never call anyone that word again, but I can still think it."

Leading into the episode, the order was a tall one for Bee, who spent much of last week embroiled in the backlash.

Her return to the air gained early praise from audience members.

Max Buccini, a 34-year-old from New York who was in the audience for the taping Wednesday afternoon, told CNN that Bee's remarks seemed "from the heart."

"I think she did a show that was really appropriate for the occasion that allowed us to get a perspective on what's important," he said. "I think it was impactful."

Marzi Daoust, a 35-year-old New York resident who was also in the audience, added: "I'm a huge fan of hers ... I think everybody will really enjoy tonight's show."

The day after the episode aired in which Bee used the vulgarity, she apologized and called her comment "inappropriate and inexcusable."

"I crossed a line, and I deeply regret it," Bee said at the time.

Days later while being honored by the TV Academy, Bee again spoke about the incident in a speech that was closed to the press in light of the controversy.

This time, Bee was remorseful but also critical of the attention her misstep had gotten over what she saw as more substantive issues, like the administration's immigration practices.

"We spent the day wrestling with the repercussions of one bad word, when we all should have spent the day incensed that as a nation we are wrenching children from their parents and treating people legally seeking asylum as criminals," she said, according to a report from IndieWire, who was provided the speech by an unnamed source.

A spokesperson for TBS confirmed to CNN the accuracy of Bee's comments at the Academy event. (TBS, like CNN, is owned by Turner, a subsidiary of Time Warner.)

"If we are OK with that then really, who are we?" Bee added.

Bee hit on that point again on Wednesday, saying she hated that her "potty-mouthed insult" "distracted from more important issues," including juvenile immigration policy.

"I would do anything to help those kids. I hate that this distracted from them, so to them, I am also sorry," she said.