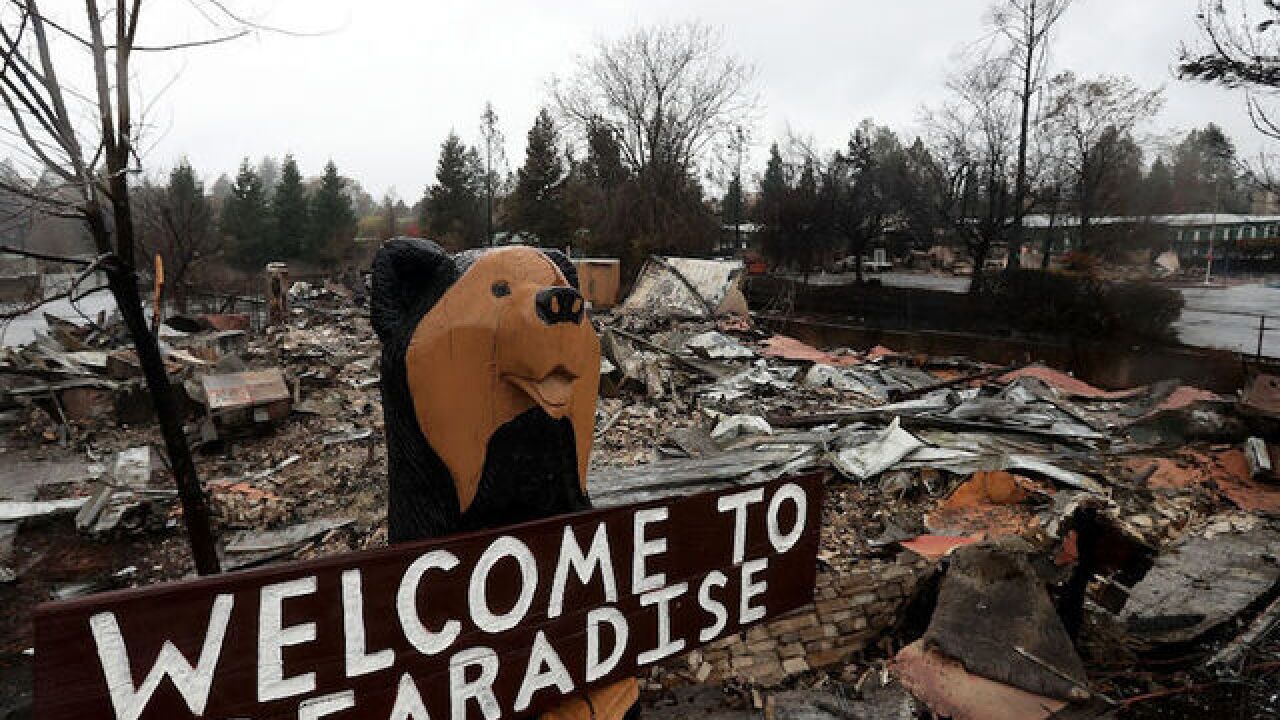 Image copyright 2018 Getty Images. All rights reserved. This material may not be published, broadcast, rewritten, or redistributed.
Justin Sullivan
<p>A statue of a bear remains in front of a restaurant that was destroyed by the Camp Fire on November 21, 2018 in Paradise, California. Fueled by high winds and low humidity the Camp Fire ripped through the town of Paradise charring over 150,000 acres, killed at least 84 people and has destroyed over 18,000 homes and businesses. </p>

After more than two weeks of a raging inferno, firefighters are getting closer to containing the Camp Fire that has killed 84 people in Northern California.

At least 475 people remain unaccounted for so far, down from thousands days earlier, the Butte County Sheriff's Office said in a statement.

The state's deadliest wildfire, which started on November 8, is now 95% contained after rain helped firefighters extinguish some of the hot spots, according to Cal Fire.

"All containment lines continue to hold around the fire," it said. "The 5% of the fire that remains uncontained is located in steep and rugged terrain where it is unsafe for firefighters to access due to the heavy rains."

After days of rain, all flood warnings and watches have expired in the state, with dry weather expected Saturday, CNN meteorologist Derek Van Dam said.

While heavy rains can cause floods under normal circumstances, the scorched grounds in the area were especially susceptible to mudslides and flowing debris.

The running debris and floodwater can be powerful enough to destroy culverts, roadways and buildings miles away from affected areas, the National Weather Service said.

The grim search for human remains has continued for days in the hard-hit Paradise, but was temporarily at a standstill Friday after rain and strong winds made fire-weakened trees dangerous, CNN affiliate KCRA reported. The search resumed after the winds calmed down.

"You look up, and you see these things hanging in the trees and now they're blowing around real hard and fall down," said Craig Covey of the Orange County Fire Authority, who's part of the effort to recover remains.

Covey said while the rain helped douse some of the fire and made things easier for the dogs helping in the search, it also complicated search efforts.

"One of the things that it (rain) does do is, it does concentrate the scent into a smaller compartment because of all the ash that was flying around," he told the affiliate. "It more compacts it, centralizes it and the dogs (looking for remains) can be very successful in that."

But too much rain can also wash away remains or bury them in the caked mud, making them harder to find.

Now that the rains have subsided, crews will assess the areas where the fire was still burning in steep terrain. Cal Fire said it expects to have the blaze fully contained later this week.