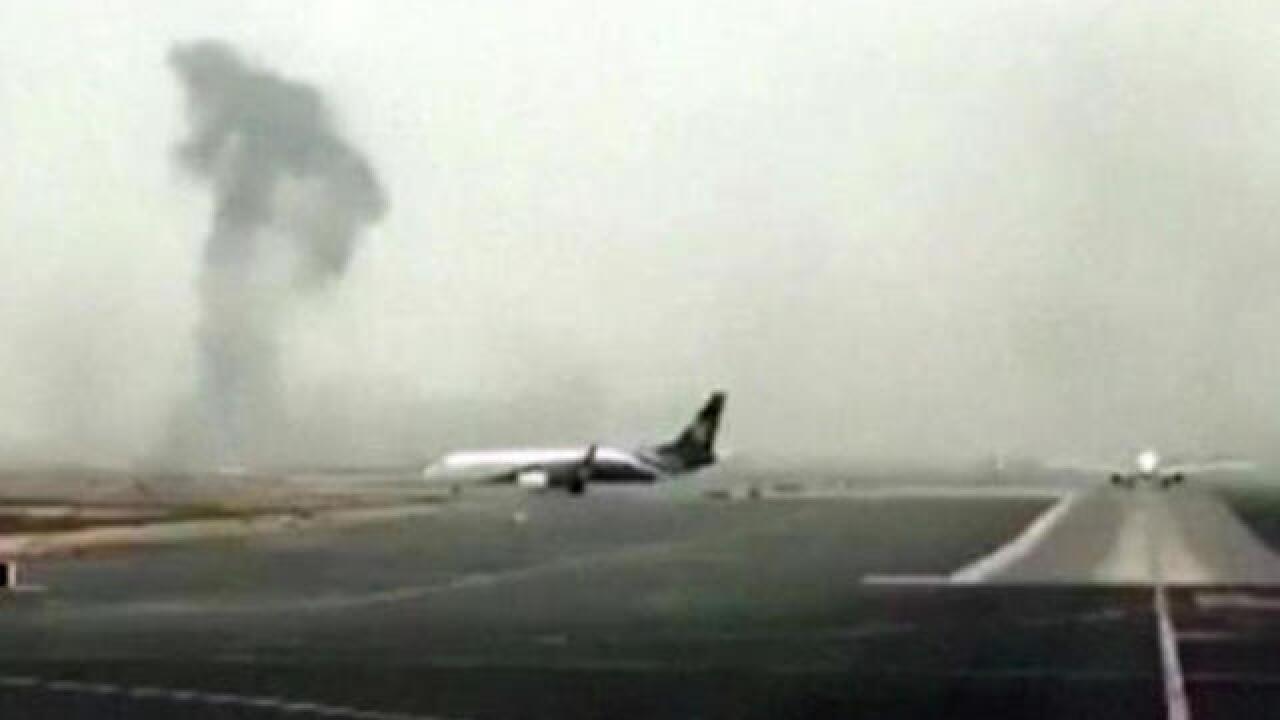 Copyright Associated Press
Hayen Ayari
<p>In this Wednesday, Aug. 3, 2016 file photo made from video shows smoke rising after an Emirates flight crash landed at Dubai International Airport. A preliminary report into last month's Emirates airliner crash landing in Dubai has found that the pilot attempted to abort the landing after an initial touchdown and that the plane ultimately hit the runway as its landing gear was retracting. (Hayen Ayari via AP)</p>

DUBAI, United Arab Emirates (AP) — A preliminary report released Tuesday into last month's Emirates airliner crash landing in Dubai found that the pilot attempted to take off again after briefly touching down, and that the plane ultimately hit the runway as it tried to climb with its landing gear retracting.

One firefighter was killed responding to the accident, which destroyed the Boeing 777-300, but all 300 people onboard Flight EK521 managed to escape.

The accident was the most serious in Emirates' more than three decades of operations, and was the second major air disaster for a Dubai government-backed airline in less than five months.

The findings released Tuesday in a 28-page report by the United Arab Emirates' General Civil Aviation Authority were broadly in line with an Associated Press analysis a day after the crash that was based on flight data, air traffic control communications and interviews with aviation experts.

Investigators found that the crew received a warning indicating wind shear — a sudden change in wind speed or direction — as the plane approached Dubai on its return from Thiruvananthapuram, India. As it neared the ground, a headwind started to shift to a tailwind and then back again.

The right landing gear hit the ground first, with the left following only three seconds later, according to the report. The nose gear stayed in the air.

A warning system alerted the crew of a "long landing," indicating that the plane had not touched down where it was supposed to, and the plane took to the air again as the crew tried to make a second landing attempt.

Six seconds into the air, the crew began to retract the landing gear.

After making it only about 85 feet off the ground, the twin-engine plane began to lose altitude. Three seconds before impact, the crew tried to push the jet engines all the way from an idle to full power.

It was too late.

With the landing gear still retracting, the back of the plane and then the engines hit the runway at 125 knots (144 mile per hour).

A fuel-fed fire broke out as the right engine was ripped off and the plane skidded on its belly before coming to a rest.