Phelps to carry US flag during Olympic opening in Rio 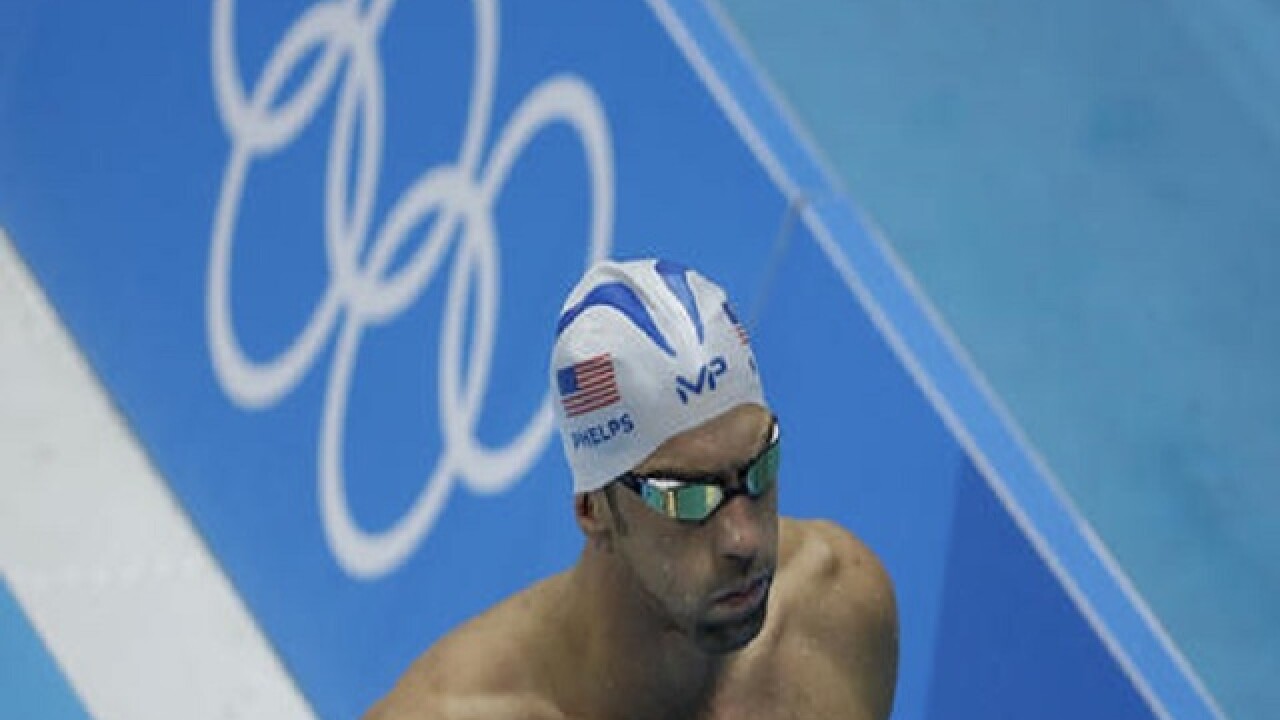 RIO DE JANEIRO (AP) — Michael Phelps has a lot of memorable moments at the Olympics.
This one ranks right up there.
Adding another honor to his remarkable career, Phelps was chosen to carry the U.S. flag in Friday night's opening ceremony at Maracana Stadium.
The pick seemed obvious — Phelps, after all, is the most decorated athlete in Olympic history and will be competing in his fifth Summer Games — but he was clearly overwhelmed Wednesday after being selected in a vote of American athletes representing each sport.
"To lead our country into this Olympics is something, honestly, that I never thought I'd have the opportunity to do," Phelps said.
In fact, this will be the first time he's participated in the opening ceremony, which can be a grueling experience requiring athletes to spend hours on their feet.
As a 15-year-old, his handlers thought it best that he not take part even though he qualified in only one event at the 2000 Sydney Games. At the last three Olympics, Phelps skipped the ceremony to rest up for his first event, the 400-meter individual medley, which was held the next day.
With the 400 IM no longer part of his program, he was available to lead the American team into one of the world's most iconic stadiums.
Phelps got word of his selection Tuesday night.
"I think I had the biggest smile on my face that you could possibly find," he said. "A little bit of emotion came over me. I probably shed a little bit of tears, just of joy."
Phelps will be only the second swimmer to lead the U.S. delegation in the opening ceremony. Gary Hall carried the flag at the 1976 Montreal Olympics.
Phelps has captured 18 golds and 22 medals overall, far more than any other Olympic athlete, and he'll be the first U.S. male swimmer to compete in five Summer Games.
While Phelps did have some concerns about the physical toll of marching in the opening ceremony rather than spending a relaxing night in front of the television, he couldn't pass up the chance to carry the flag.
"It's a no-brainer," he said. "I have to do it. I want to do it."
Phelps will certainly be hard to miss at the Maracana. Ralph Lauren has come up with an ensemble for the U.S. team that provides the flag bearer with an extra touch of flash — a jacket in which the letters "USA" light up across the back.
"I kind of want to steal that jacket," said Ryan Lochte, who is Phelps' roommate in the Olympic village.
While more than half his life has been spent as an Olympian, the 31-year-old Phelps said he can still remember watching coverage of the opening ceremony as a child. Those images of smiling athletes from around the world entering the Olympic stadium always stuck with him.
"As a kid, you're like, 'Yeah, it would be pretty sweet to be able to carry the flag,'" Phelps said, beaming.
In a way, this is a perfect capper to Phelps' career, no matter how many medals he adds to his already staggering total in Rio. He has become a true leader of the U.S. swimming team, mentoring younger athletes and eagerly embracing the chance to be a role model.
For the first time, Phelps is serving as a team captain at the Olympics.
Now, he's received an even bigger accolade.
"It feels so right," said 21-year-old teammate Missy Franklin, one of many swimmers inspired by Phelps during their early years at the pool.
The 31-year-old Phelps, who retired from swimming after the London Games but quickly reversed that decision, will compete in three individual events at Rio and could be a member of all three relay teams. But he has continually stressed that his desire to compete in another Olympics had little to do with collecting more gold.
Phelps skimped on his training before London and, frankly, didn't really want to be there. After taking a yearlong break, he rediscovered his love of training and competing, sparking a desire to close his career the right way.
Then there's his personal life, which has endured a series of missteps including a second drunken-driving arrest in 2014. Since then, Phelps went through six weeks of inpatient therapy, gave up alcohol, reconnected with his estranged father, got engaged and became a father for the first time with the birth of his son, Boomer.
"I've been able to experience things that I probably didn't really notice or I took for granted in the past," Phelps said. "This has been the greatest two years of my life for a lot of reasons."
And, after insisting all along this truly would be his final Olympics, Phelps dropped a tantalizing hint that he might not be done.
Talking about how much he looks forward to having his infant son along for the ride in Rio, Phelps called it "my potential last Olympics."
Copyright 2016 The Associated Press. All rights reserved. This material may not be published, broadcast, rewritten or redistributed.