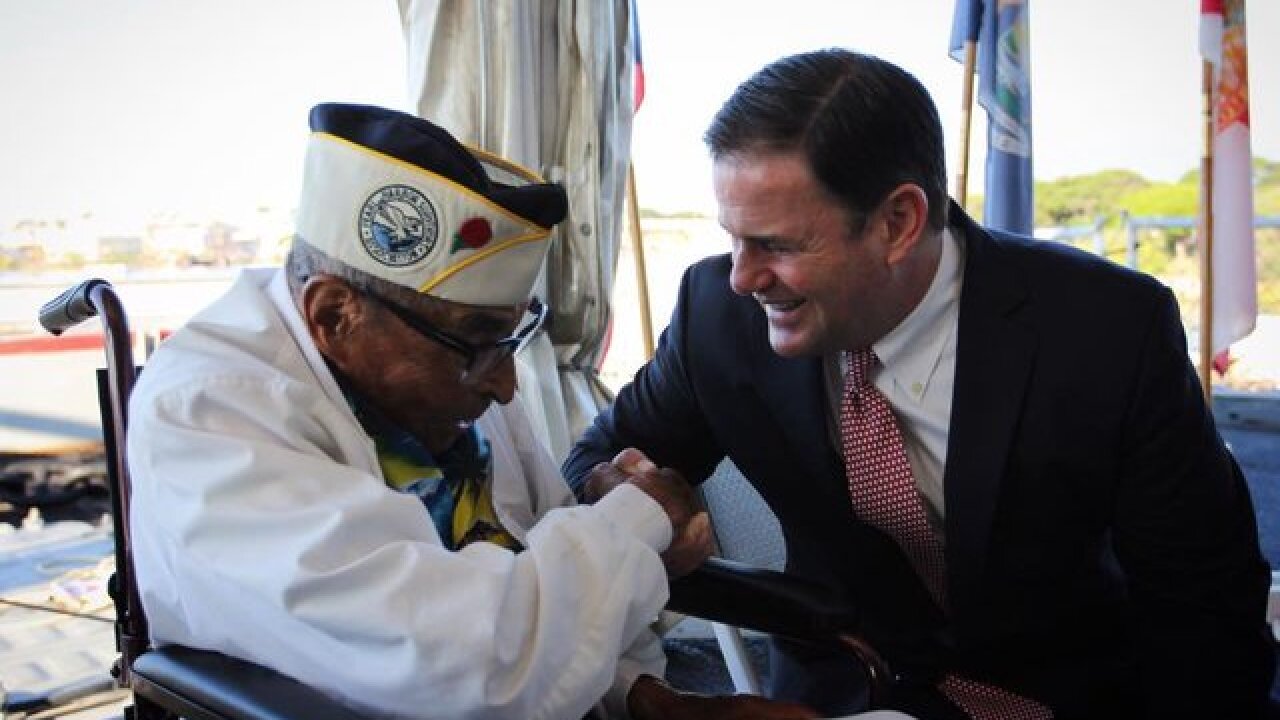 The oldest survivor the Pearl Harbor attack, Ray Chavez, has died. He was 106-years-old. According to his family, Chavez died peacefully in his sleep on Tuesday, November 20.

According to a report by CNN, Chavez worked as a quartermaster stationed in Pearl Harbor in 1941. Chavez recalled the devastating attack in an early 2018 interview with CNN, stating, "And so, (there were) all the ships on fire, and a terrible smoke screen all through the harbor, covering it, and ships, all the adjoining area."

Throughout the past six years, Chavez made a point of traveling around the country to attend memorial services and commemorations, according to CNN.

He met with President Donald Trump, threw out the first pitch at a San Diego Padres game, and even met with Arizona Governor Doug Ducey.

The White House and Ducey tweeted their support for Chavez's family and thanked the 106-year-old for his service.

Please join me in praying for the family of Ray Chavez, who has passed away. The oldest survivor of Pearl Harbor. May he rest in peace. I was very honored to meet him and shake his hand. Thank you Ray for your service and dedication to our great country. https://t.co/azRUBtNTJw

We are saddened to hear the oldest living Pearl Harbor veteran, Ray Chavez, has passed away at the age of 106. We were honored to host him at the White House earlier this year. Thank you for your service to our great Nation, Ray! pic.twitter.com/CA7Xdcxz89