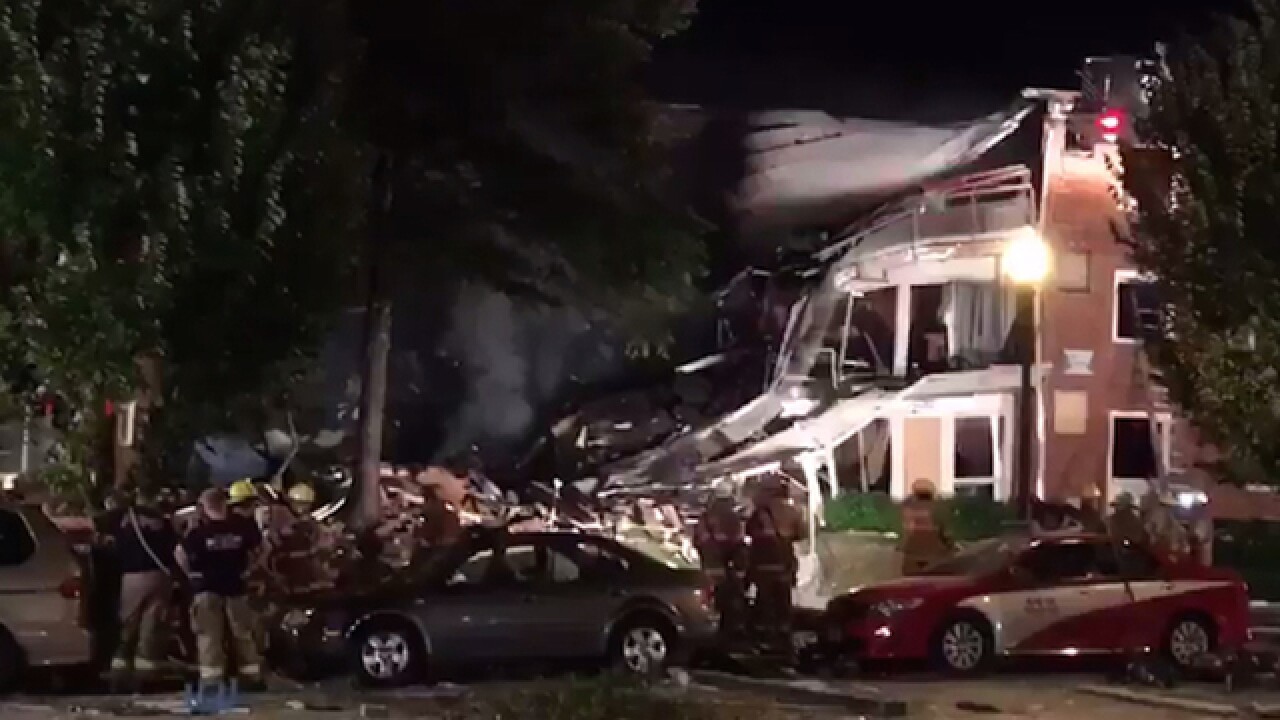 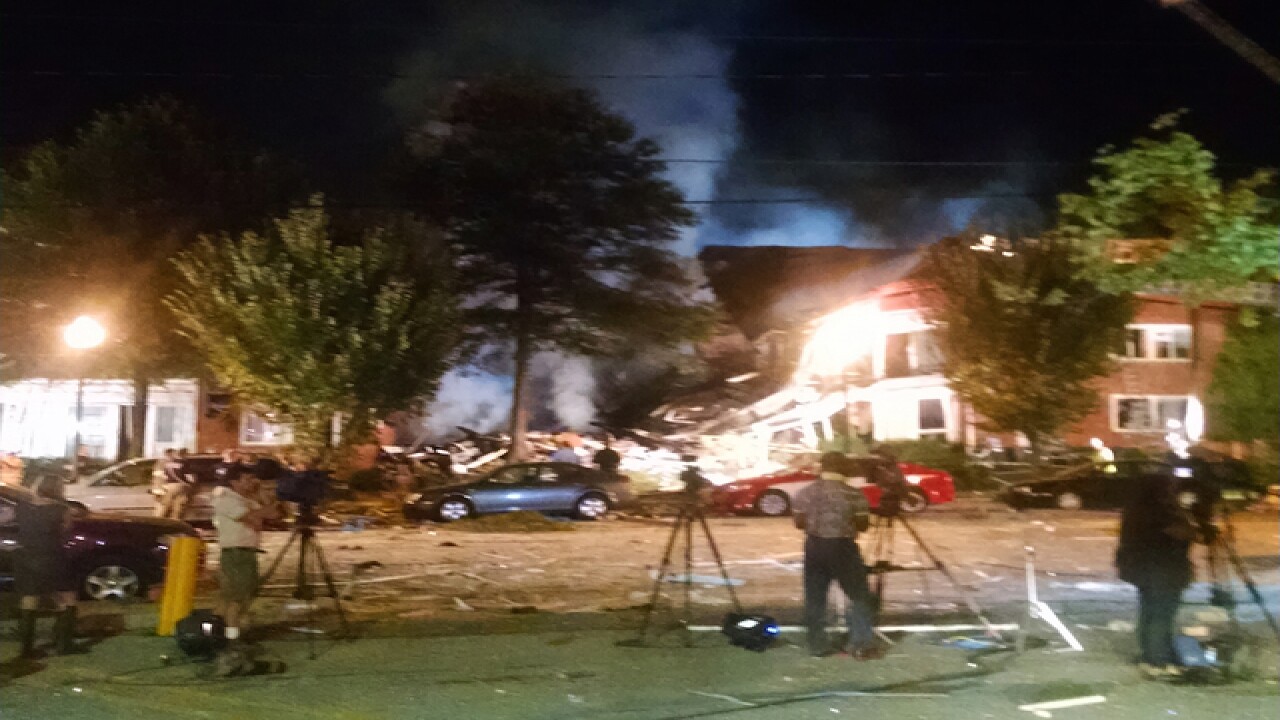 SILVER SPRING, Md. (AP) — At least two people died and dozens, including three firefighters, were injured after an explosion and large fire at an apartment complex in a Maryland suburb of Washington and searchers are looking for up to seven people who were still unaccounted for, authorities said Thursday.

Assistant Montgomery County Police Chief Russ Hamill said at a news conference that two people are confirmed dead but have not yet been identified. He said the two people were located in the ruins of the building.

Hamill also said three firefighters with minor injuries were among 34 people taken to local hospitals after the blaze, and were released Thursday. Hamill appealed for all residents of the building to contact authorities as people have still not been accounted for.

"People were dropping children and jumping out of other windows," Goldstein said. "Everybody was getting out of the building as rapidly as possible."

Goldstein said natural gas furnaces and stoves are in each of the units. It took at least an hour and 45 minutes to put out the blaze and Washington Gas helped safely turn off gas, he said. Residents of nearby buildings that were not affected by the fire were allowed to return to their homes after several hours.

Paul Carden, regional disaster director for the American Red Cross, estimated that 100 people were displaced, and 60 or 70 were staying at a Red Cross shelter established at a nearby community center.

Carden said those displaced are primarily Spanish speakers. Translators were being brought in to ease communication.

He said the nature of the explosion has been especially traumatic.

"To basically be in an event where people were blown out of their of beds ... and what they own is lying across the street, that's a key difference" from a typical fire evacuation, he said.

Mariana Turay, who has lived in the apartment complex for 30 years and spent the night in the shelter, said she chooses to view the explosion as a blessing, so loud that it woke everyone up and alerted them to get out.

"It was just like a bomb fell," she said. When she escaped her first-floor apartment, the fire was right in my face."

Hours after the fire, smoke still was rising from the four-level garden style apartment building. Debris from the blast scattered nearly 200 feet, including what appeared to be an apartment door blown all the way across a two-lane road and parking lot. Brightly colored bras hung from a tree in front of the apartments, apparently from a dresser drawer launched in the explosion. Windows across the street were broken.

Keni Flores said she was in an adjacent building when she heard an explosion and saw the flames.

"I just see fire everywhere," she said. "I was thinking nobody can survive in that fire."

Karina Hauffen was also in a nearby building at the time.

"It was a big boom, the building shook and everybody ran out," she said.

Resident Willie Morales told The Washington Post he was walking across the road where the complex is located when he heard an explosion and collapsed to the ground.

"It was one big boom, like nothing I'd ever heard," Morales said. Then he saw flames coming from the building and banged on windows to tell people to get out.

Eddie Macario said he lives in the building where the fire started.

"We were sleeping when we felt everything started shaking. We thought it was an earthquake, or just a tremor. And when we came out to the living room, it was full of smoke. We went out to the hallway and all the neighbors were getting out, running. A lady even said she had lost her baby in an apartment, I went in to see if I could get him, but I couldn't; it was collapsing, full of smoke. Nothing could be done, and she lost her baby there, and up until now they haven't found him."

A canine team searching the rubble of the apartment complex had a "hit" in one location, which could indicate someone is trapped there, Goldstein said.

County officials are investigating along with the Bureau of Alcohol, Tobacco, Firearms and Explosives, Garcia said.