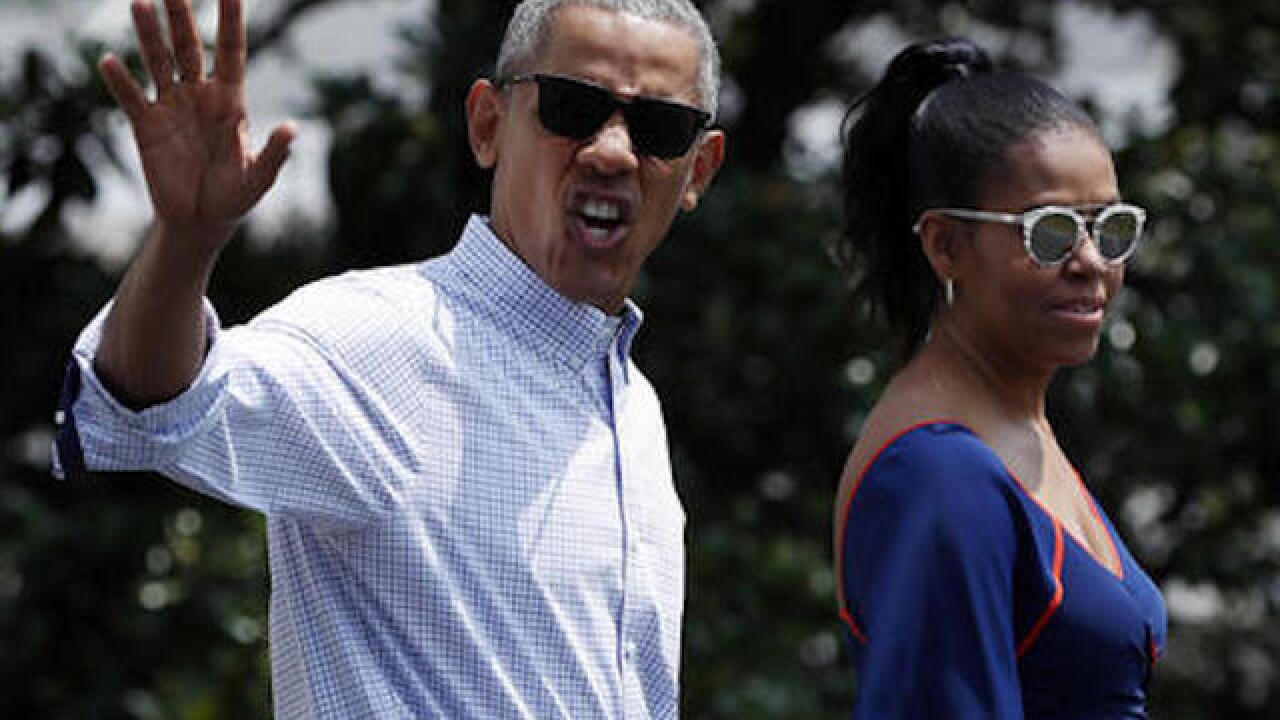 Carolyn Kaster
<p>President Barack Obama waves and calls out to media as he and first lady Michelle Obama walk from the White House, Saturday, Aug. 6, 2016, in Washington, to board Marine One, with their daughters Sasha and Malia, en route to Andrews Air Force Base, Md., and on to Martha's Vineyard for a family vacation. (AP Photo/Carolyn Kaster)</p>

EDGARTOWN, Mass. (AP) — President Barack Obama is unlikely to break from a New England vacation to survey flood damage in Louisiana, despite calls for him to visit and meet with responders and victims.

The White House insists Obama is not indifferent to the suffering of thousands who were washed out of their homes in the Baton Rouge and Lafayette areas of the state. At least 13 people have died as a result of the flooding, and at one point 11,000 were in shelters. That number has dropped as water levels have receded.

In an editorial published Wednesday, The Advocate newspaper in Baton Rouge called on Obama to visit "the most anguished state in the union." The newspaper noted that Obama interrupted his two-week vacation on Martha's Vineyard earlier this week to attend a fundraiser for Democratic presidential nominee Hillary Clinton on the Massachusetts island.

The newspaper said Obama can and should visit now that the once-raging floodwaters are receding.

"The president's vacation is scheduled to wrap up on Sunday. But he should pack his bags now, and pay a call on communities who need to know that in a national catastrophe, they are not alone," the editorial said. "The president's presence is already late to this crisis, but it's better later than never."

In 2005, then-President George W. Bush was faulted for flying over but not touching down in Louisiana in the immediate aftermath of Hurricane Katrina. The federal government's response to that natural disaster, in which more than 1,830 people were killed and millions more along the Gulf Coast and New Orleans were left homeless, haunted Bush for the remainder of his presidency.

Obama has issued no public or written statements about the flooding. The White House said he has been receiving regular updates and briefings on the situation throughout the vacation, including from Louisiana Gov. John Bel Edwards. Obama also approved a federal disaster declaration for affected areas of the state.

"As the president told Gov. Edwards over the weekend, the community of Baton Rouge has faced a difficult, even tragic, summer but can count on the ongoing prayers and unwavering support of the president and their fellow Americans in their time of need," White House spokeswoman Jennifer Friedman said.