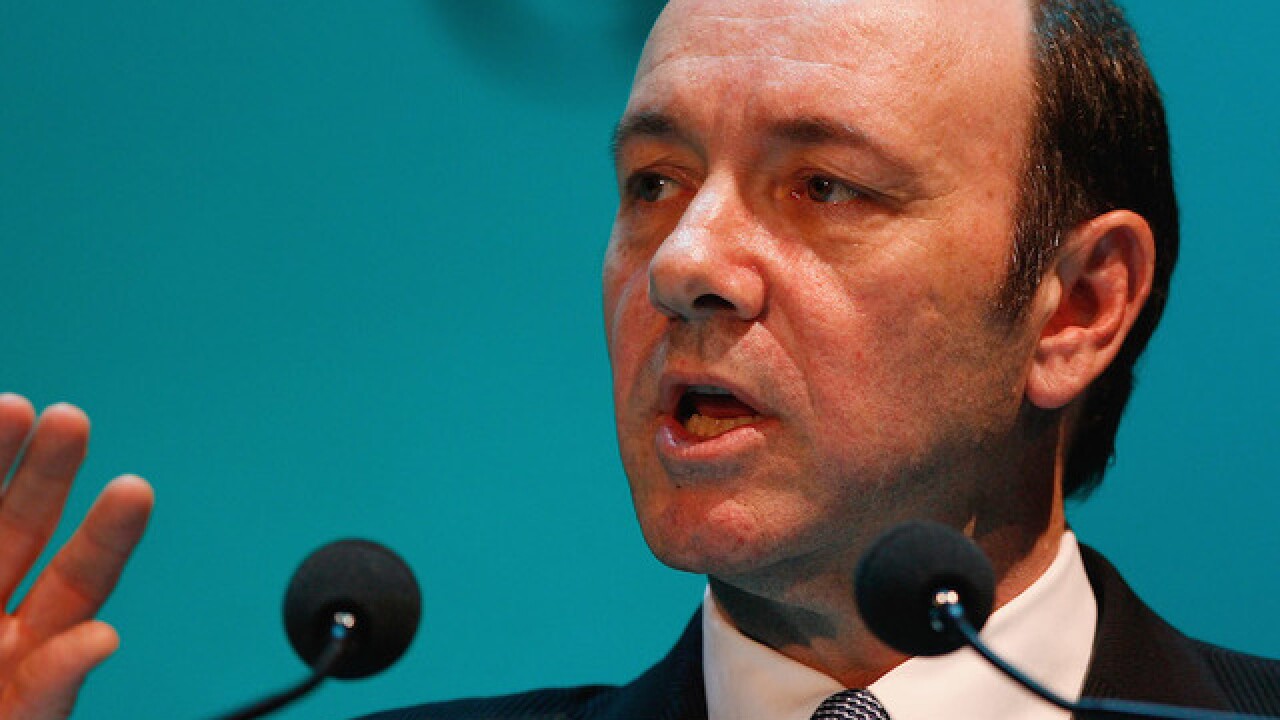 A news anchor has accused actor Kevin Spacey of groping her son, bringing the number of those accusing him of sexual misconduct to 14.

Former TV news anchor Heather Unruh came forward on Wednesday with the new allegations and said the assault took place in July 2016. Unruh spoke during a press conference about the incident. She said Spacey sexually assaulted her son in 2016 when he was 18 years old.

Unruh claims the assault happened at a bar in Nantucket and that Spacey "stuck his hand down my son's pants and grabbed his genitals." Unruh said the touching was non-consensual.

She says her son "panicked" and "froze" before he fled the bar while Spacey went to the bathroom. It's not clear why Unruh did not provide the name of her son during the press conference.

Unruh went on to say that her son did not report the crime to the police, but he did tell her and other family members about the assault immediately after.

Unruh also claims to have consulted with the local sheriff, who urged her to file a report at the time.

She said during the press conference that her son filed a police report last week with the Nantucket Police. The department chief would not confirm to CNN if a report has been filed. The district attorney's office, however, confirmed that they are looking into the alleged incident, and that it is related to Spacey.

"An individual has provided information to the Nantucket Police regarding an allegation of an indecent assault and battery," said Tara L. Miltimore, a spokesperson for the district attorney's office. "The individual is represented by an attorney. We are waiting to hear from him."

Since the alleged assault took place, Unruh says their entire family has lost sleep and harbors "tremendous anger" about the incident.

CNN has reached out to Spacey's attorney for comment, but has not heard back.