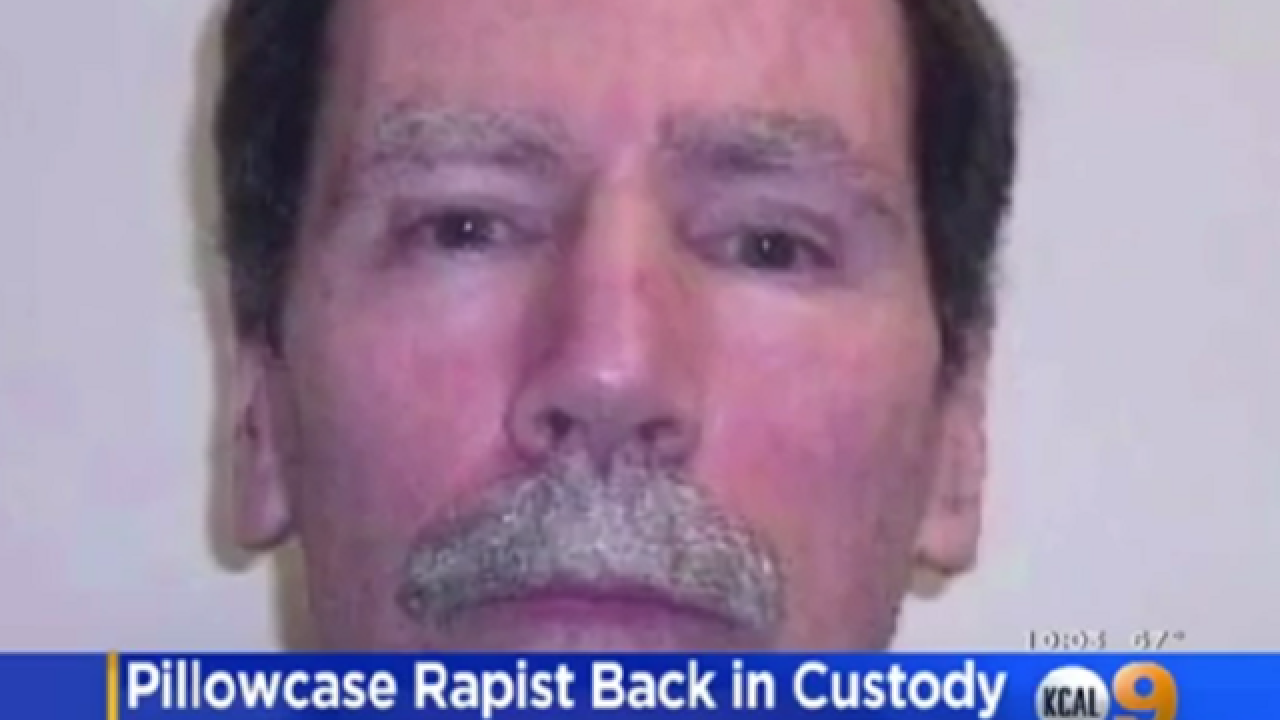 LOS ANGELES (AP) — A notorious rapist who muffled victim's screams with a pillowcase was back in a state mental hospital Tuesday, two years after he was released over the protests of prosecutors and women who feared he would attack again.
Christopher Hubbart, 65, is not accused of a new crime, but was picked up by the Department of State Hospitals, said District Attorney Jackie Lacey, who is under a gag order and could not discuss further details.
"The good news is tonight ... he's back in a state hospital," Lacey told KFI-AM . "That's probably the safest place."
Hubbart violated terms of his release and the company supervising his program returned him to Coalinga State Hospital, Santa Clara County Superior Court spokesman Joseph Macaluso.
Macaluso didn't provide details.
Lacey had fought Hubbart's release and angry residents of the Antelope Valley, where he was relocated about 40 miles north of Los Angeles, had demonstrated regularly outside his remote house where he lived under 24-hour guard and strict conditions.
Women shouted through bullhorns that he didn't belong there and should be locked up. Some burned effigies and carried signs saying "burn in hell."
A woman who spent 18 months protesting his release and traveled 350 miles to implore the Santa Clara County judge to keep him out of her community said she was ecstatic to hear he was gone.
"I feel like I won the lottery," Cheryl Holbrook said. "We're praying real hard that they keep him locked up. He's exactly where he needs to be."
Hubbart, dubbed the "pillowcase rapist," has acknowledged raping at least 40 women, several following stints behind bars. He has been in and out of prisons and state psychiatric hospitals since his first rape conviction in 1972.
After reoffending and serving more time, Hubbart was declared a sexually violent predator in 2000 and committed to a state-run psychiatric hospital.
A Northern California judge in 2013 ordered Hubbart released after doctors said he had completed treatment and was fit to live in the community. The judge ordered that he live in Southern California near where he grew up, though his notoriety made it difficult to find housing.
When he was released in 2014, he moved into a small house in the desert on the outskirts of Palmdale.
Hubbart had to comply with conditions that included wearing a monitoring device around his ankle, attending therapy and undergoing lie detector tests and random searches of his home. He was also ordered not to view movies or online material that would arouse him.
Prosecutors tried to have him returned to custody last year after the batteries in his ankle monitor twice ran too low. A judge denied the request.
Lacey said she wasn't told why he was picked up, but expects to find out at a court hearing in 15 days in Santa Clara County.
An email sent to Hubbart's defense lawyer for comment was not returned.
Copyright 2016 The Associated Press. All rights reserved. This material may not be published, broadcast, rewritten or redistributed.