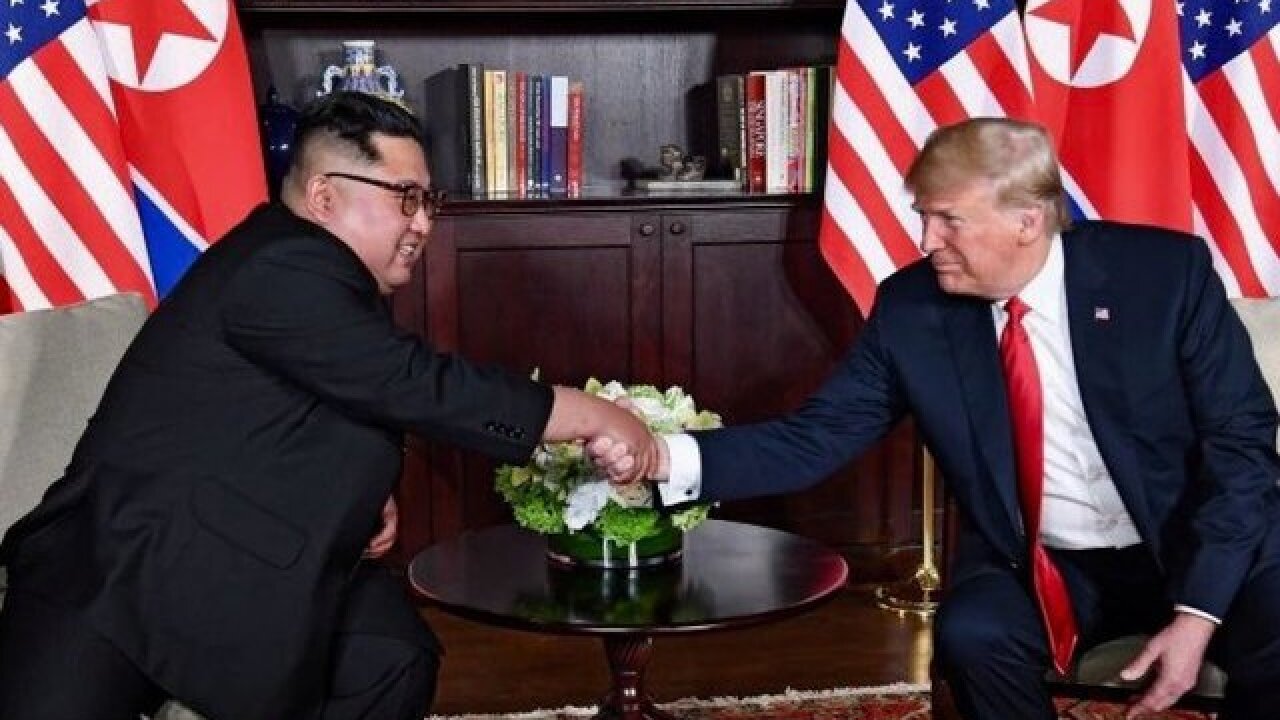 North Korean leader Kim Jong Un has "unwavering trust for President Trump" and wants to achieve the denuclearization of the Korean Peninsula before the US leader finishes his term, South Korean officials said Thursday.

"This trust, despite some difficulties surfaced during the negotiation process between the US and the North, will continue," said South Korean special envoy Chung Eun-yong, who met with Kim in Pyongyang on Wednesday.

Chung said Kim told him North Korea "was willing to take more active measures toward denuclearization if his advance steps could be met with matching measures (from the US)."

Kim said he had "never said anything bad about President Trump to anyone," Chung reported, adding that the North Korean leader expressed a wish to end 70 years of hostilities on the Korean Peninsula.

Chung had just returned from a trip north to finalize plans for a meeting between Kim and South Korean President Moon Jae-In, to be held in Pyongyang from September 18 to 20. It will be the first trip by a sitting South Korean president to the North Korean capital since 2007, and the third meeting between the two men this year.

North Korean state media also reported on the outcome of Chung's trip to Pyongyang. It said Chung had delivered a letter to Kim from Moon, and reported that Kim "remains unchanged in his determination to strive hard to bring the fellow countrymen better results at an early date."

State media also quoted Kim as calling on Seoul and Pyongyang to "further their efforts to realize the denuclearization of the Korean peninsula."

"Noting that it is our fixed stand and his (Kim's) will to completely remove the danger of armed conflict and horror of war from the Korean peninsula and turn it into the cradle of peace without nuclear weapons and free from nuclear threat, he said that the north and the south should further their efforts to realize the denuclearization of the Korean peninsula," KCNA reported.

Talks between North Korea and the US have stalled in recent weeks, with both sides calling on the other to make further concessions in order to proceed to the next step.

Trump recently canceled a planned trip by US Secretary of State Mike Pompeo to Pyongyang, saying the timing was not right. Washington has also accused China of undermining its efforts to maintain "maximum pressure" against North Korea and force it to negotiate for denuclearization.

This impasse has put South Korea back in the driving seat, with Moon called on once again to salvage negotiations as he did ahead of Trump and Kim's Singapore summit in June.

"South Korea can really play the good cop to Washington's bad cop, being a more sympathetic ear to Trump's hard line on denuclearization," Oliver Hotham, managing editor of the Korea Risk Group, told CNN last month. "There's certainly disagreement between Seoul and Washington on the speed at which all this peace stuff should unfold, but that disagreement actually helps this dynamic in many ways."

But analysts warn that the continuing improvements in inter-Korean relations could see a rift grow between Seoul and Washington if the latter is unwilling to continue negotiation with Pyongyang or attempts to move back towards Trump's original belligerent "rocket man" posturing.

As well as a peace treaty with North Korea finally ending the Korean War, Moon has spelled out an ambitious economic plan for an increasing interlinked Peninsula, and he only has one five-year term in which to achieve these goals.