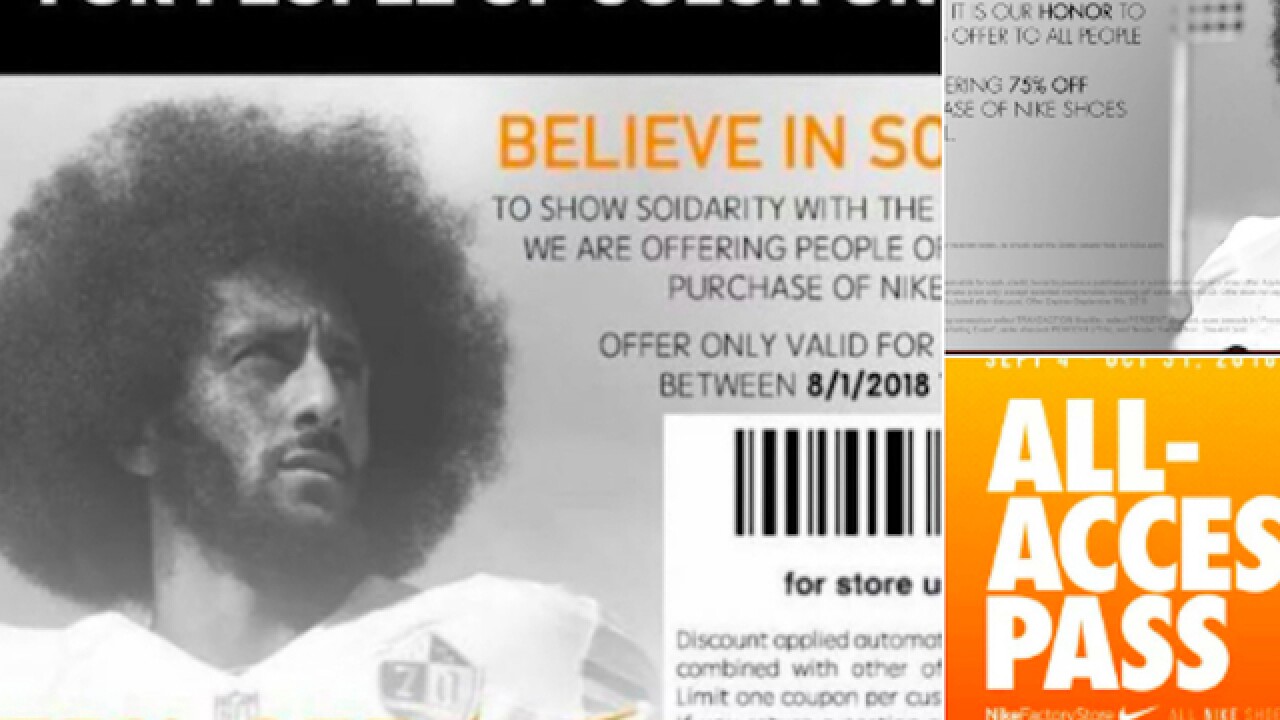 There are "coupons" circulating on the internet that allegedly offer a discount on Nike products to "people of color," but they are not real.

The company confirmed the coupons are invalid to ESPN.

The coupons offer 75 percent off the company's shoes and apparel and feature the face of NFL player Colin Kaepernick, whom Nike recently made an endorsement deal.

Kaepernick led protests during the national anthem at football games in 2016 — he took a knee to protest racial injustice. Some believe the protest is unpatriotic.

Nike confirms discount coupons to “people of color,” with images of Colin Kaepernick, are fake. pic.twitter.com/m5iFyC0dMy