NFL to teams: Keep pyrotechnics off the field 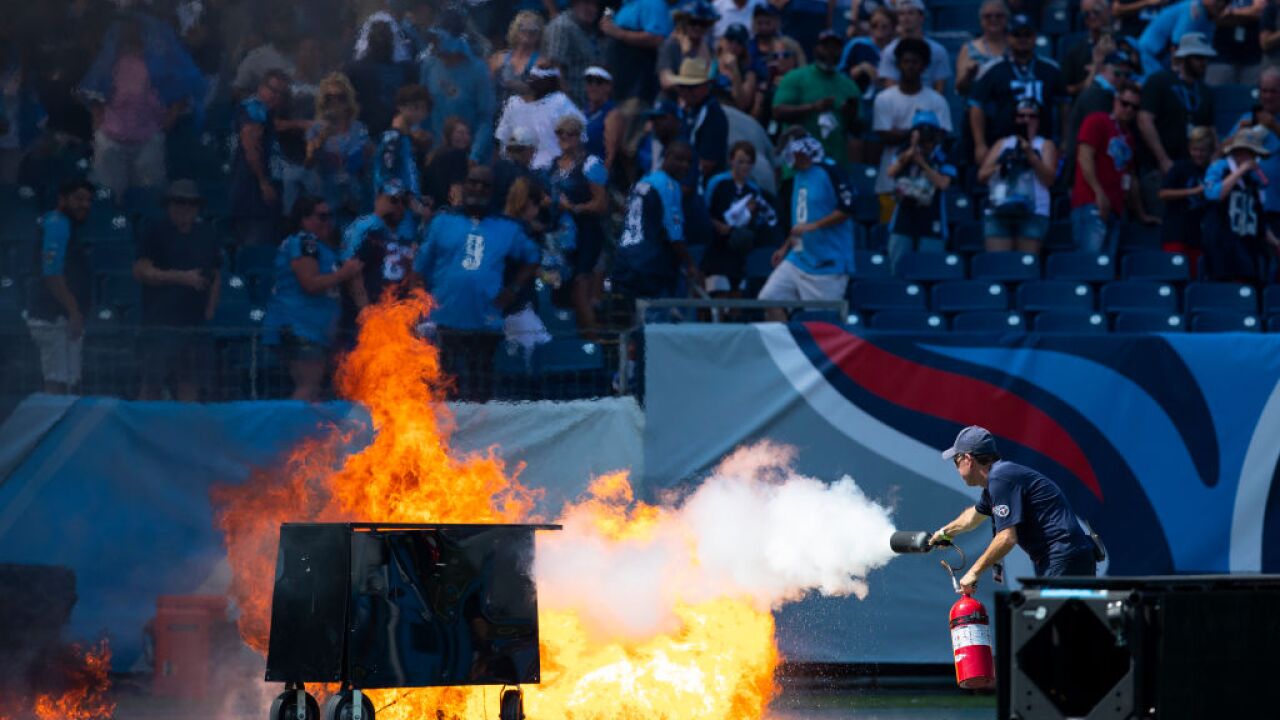 After last week's freak incident that involved a flame effect malfunctioning before a Tennessee Titans, the NFL has told its teams not to use on-field pyro this week, ESPN reported.

Before last Sunday's game at Nissan Stadium, a machine that produces flames burst into an uncontrolled fire. It took officials using fire extinguishers and sand to put out the fire. The fire also burned the grass along one of the sidelines.

The ban does not prohibit teams from setting off fireworks into the air or using flame effects away from the field.