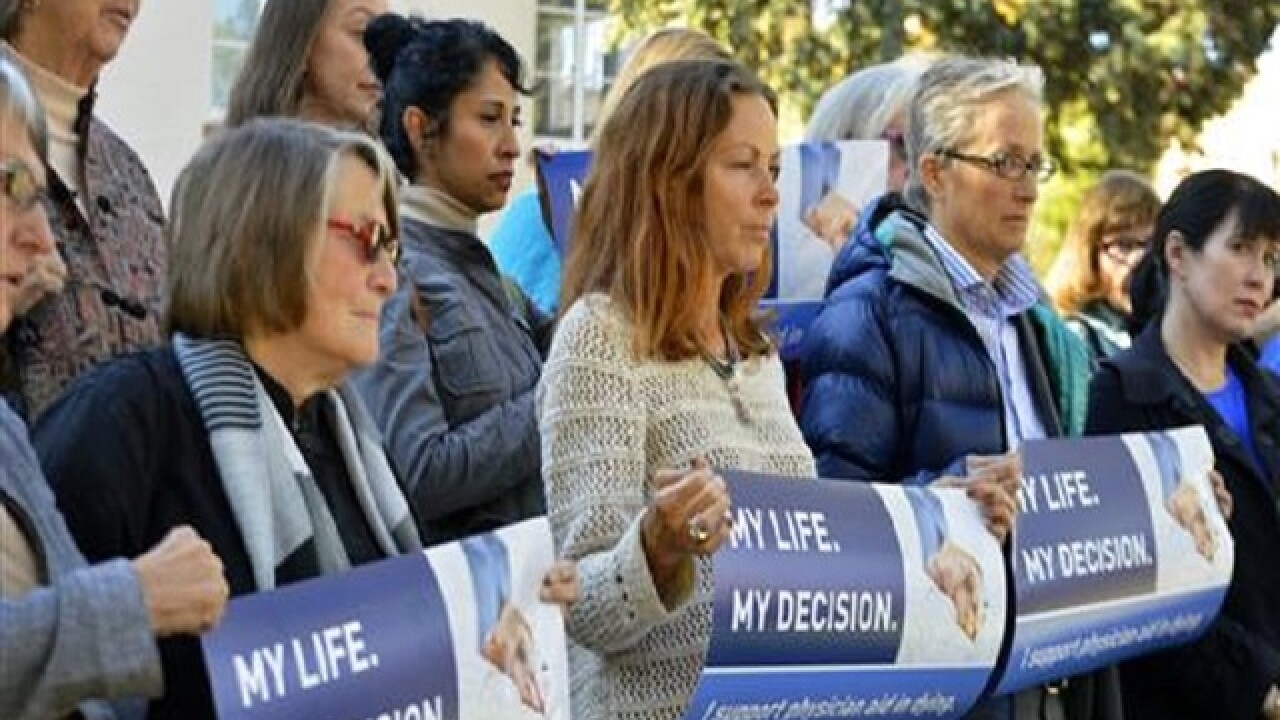 By: Associated Press
Posted at 5:54 PM, Jun 30, 2016
ALBUQUERQUE, N.M. (AP) — The New Mexico Supreme Court ruled Thursday that terminally ill patients cannot end their lives with help from doctors, ending what right-to-die advocates thought would be a successful legal fight.
In a 5-0 opinion, the high court overturned a previous district court decision that doctors could not be prosecuted under the state's assisted suicide law, which classifies helping with suicide as a fourth-degree felony.
Doctors can legally help terminally ill patients ends their lives in five states — California, Oregon, Washington, Montana and Vermont — and advocates have spurred debate in dozens of other statehouses around the country. So far, they've been unsuccessful.
"If we were to recognize an absolute, fundamental right to physician aid in dying, constitutional questions would abound regarding legislation that defined terminal illness or provided for protective procedures to assure that a patient was making an informed and independent decision," Justice Edward Chavez wrote for the New Mexico Supreme Court.
Officials with the American Civil Liberties Union of New Mexico, which launched the legal challenge in 2012, called the ruling "tragic news" for patients fighting terminally illness.
"From the very beginning this case has been about giving people more options and control at the end of life, and we are deeply disappointed that the courts have decided against allowing doctors to care for their patients in this way," ACLU-NM cooperating attorney Laura Schauer Ives said.
ACLU-NM spokesman Micah McCoy said the group will now turn its attention to changing state law.
The legal challenge involves a Santa Fe woman with advanced uterine cancer who wanted courts to clarify New Mexico's laws preventing her from ending her life and putting doctors in legal trouble.
The justices were asked to throw out the state's assisted suicide law.
In oral arguments, the New Mexico Attorney General's Office argued the final decision on the legality of the practice should be left to state lawmakers, not the courts.
California last year joined the four other states in passing a law that allows residents to legally end their lives with medication prescribed by a doctor. State lawmakers approved the measure following the heavily publicized case of Brittany Maynard, a 29-year-old California woman with brain cancer who moved to Oregon to legally end her life in 2014.
Copyright 2016 The Associated Press. All rights reserved. This material may not be published, broadcast, rewritten or redistributed.