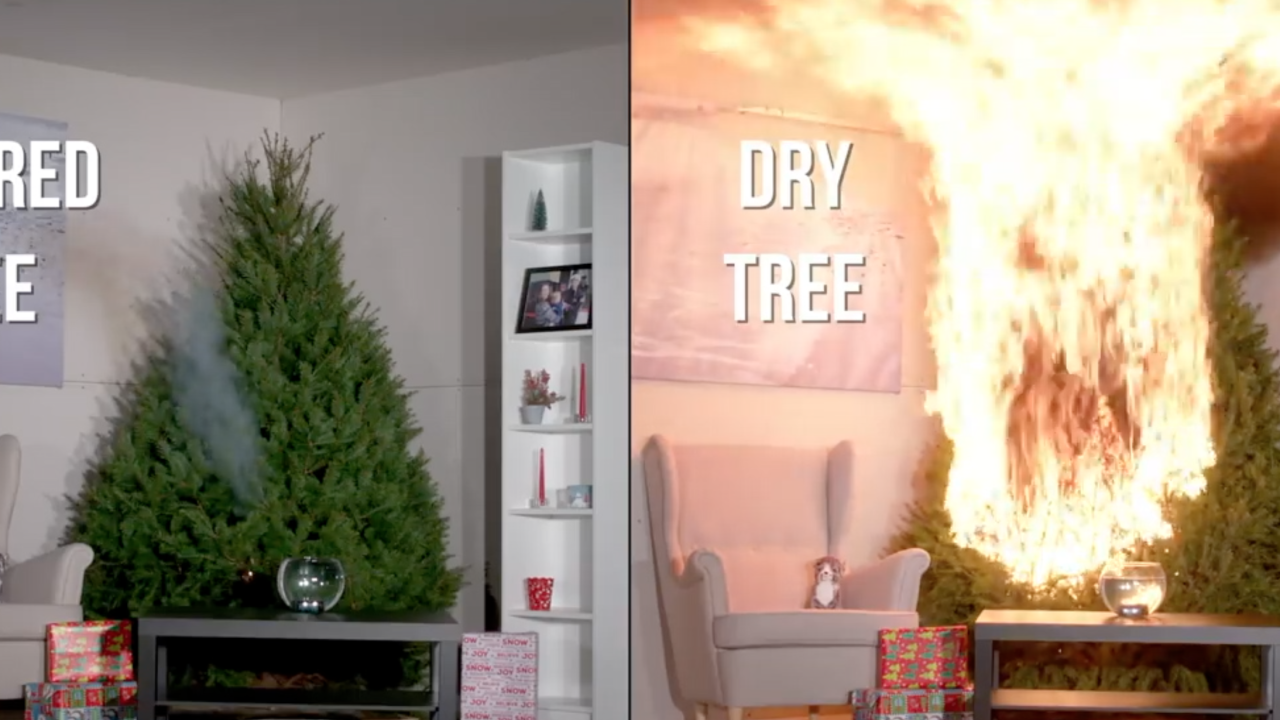 Forgetting to keep your Christmas tree watered could have deadly consequences, according to the National Fire Protection Association.

According to the NFPA, nearly 160 house fires per year are sparked by Christmas trees. These fires caused an average of three deaths, 15 injuries, and $10 million in direct property damage annually, the NFPA said.

In 2017, the National Institute of Science and Technology released a video showing the fire danger a tree not watered can pose. The video showed that a spark to a dry tree could ignite an entire tree within several seconds, engulfing an entire room seconds later. A watered tree failed to ignite in the same fashion.

· Choose a tree with fresh, green needles that do not fall off when touched.

· Before placing the tree in the stand, cut 2” from the base of the trunk.
· Make sure the tree is at least three feet away from any heat source, like fireplaces, radiators, candles, heat vents or lights.
· Make sure the tree is not blocking an exit.
· Add water to the tree stand. Be sure to add water daily.
· Use lights that have the label of a recognized testing laboratory. Some lights are only for indoor or outdoor use.
· Replace any string of lights with worn or broken cords or loose bulb connections. Read manufacturer’s instructions for number of light strands to connect.
· Never use lit candles to decorate the tree.
· Always turn off Christmas tree lights before leaving home or going to bed.