President Trump is holding a rally in Nashville, marking his first visit to Music City since winning the election back in November.

President Trump is holding a rally in Nashville, marking his first visit to Music City since winning the election back in November.

Trump’s website indicated that Wednesday’s event will be a campaign-style rally. In a tweet Wednesday morning, the president said he's "looking forward" to it.

Looking forward to a big rally in Nashville, Tennessee, tonight. Big crowd of great people expected. Will be fun!

Before he landed in Nashville, Trump spoke in Detroit about jobs and the auto industry.

Air Force One touched down in Nashville just before 4 p.m. From there, he traveled to The Hermitage to give a short speech and laid a wreath at former President Andrew Jackson’s tomb. Wednesday marks Jackson’s 250th birthday.

After that, the president will traveled to Municipal Auditorium for his 6:30 p.m. rally. Rep. Scott DesJarlais, Marsha Blackburn, and Sen. Bob Corker both spoke at the rally before Trump took the stage.

The President took the stage just after 7 p.m. He is expected to discuss healthcare as House Republicans begin pushing a bill to replace Obamacare. 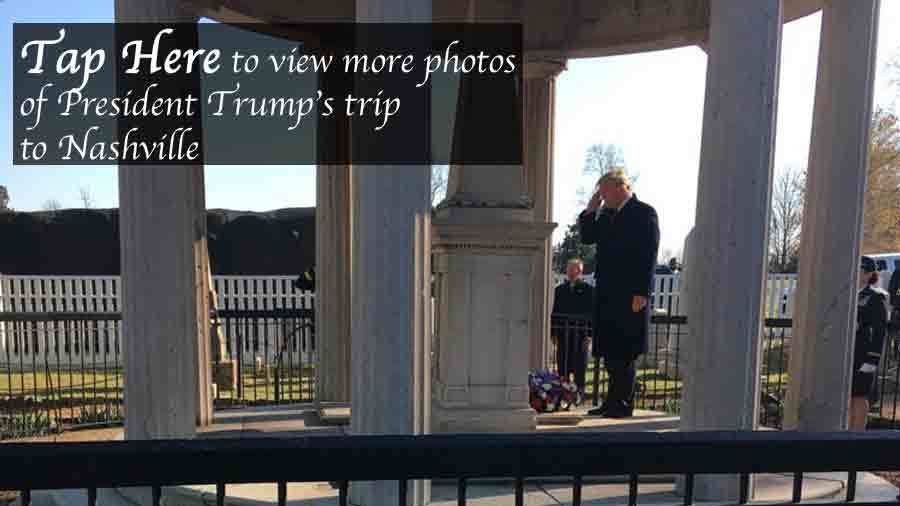