Nadal pulls out of French Open with wrist injury 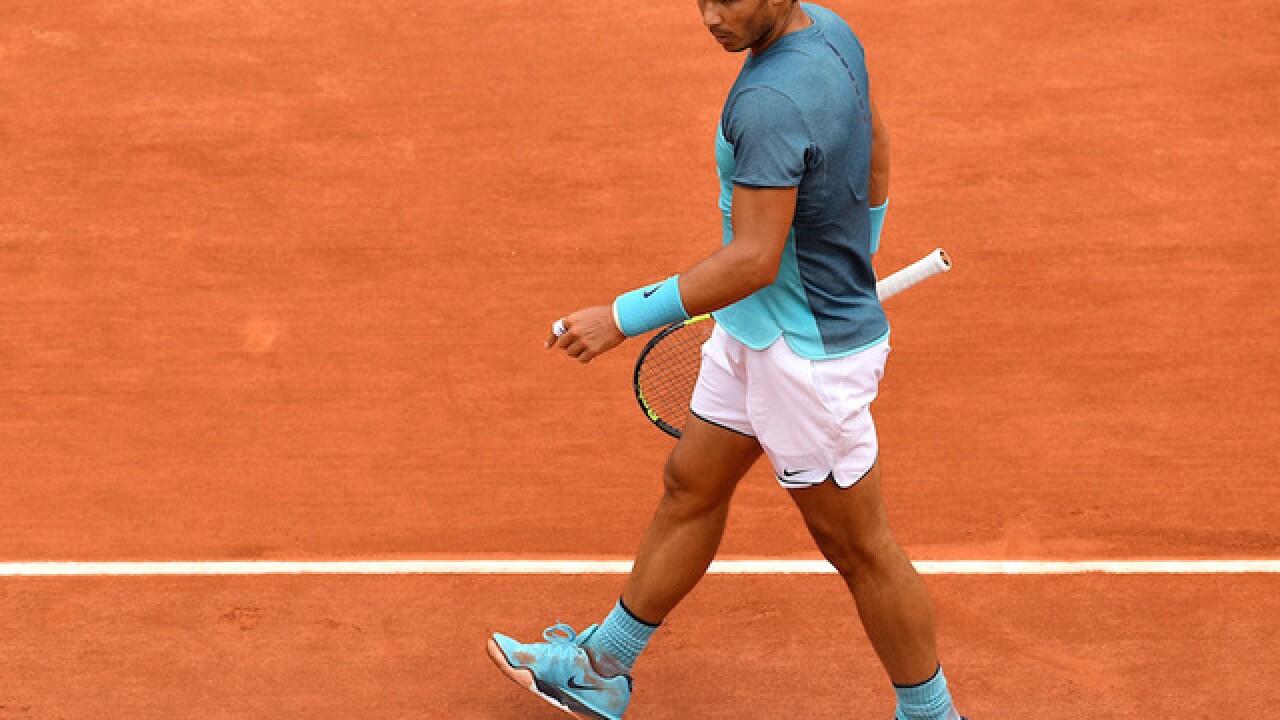 Copyright Getty Images
Dennis Grombkowski
<p>PARIS, FRANCE - MAY 26: Rafael Nadal of Spain looks on during the Men's Singles second round match against Facundo Bagnis of Argentina on day five of the 2016 French Open at Roland Garros on May 26, 2016 in Paris, France. (Photo by Dennis Grombkowski/Getty Images)</p>

Nine-time champion Rafael Nadal says he is pulling out of the French Open because of an injury to his left wrist.

The left-handed Nadal made the announcement at a hastily arranged news conference Friday, one day before he would have been scheduled to play his third-round match.

He says he got an injection to numb the wrist before playing in the second round on Thursday.