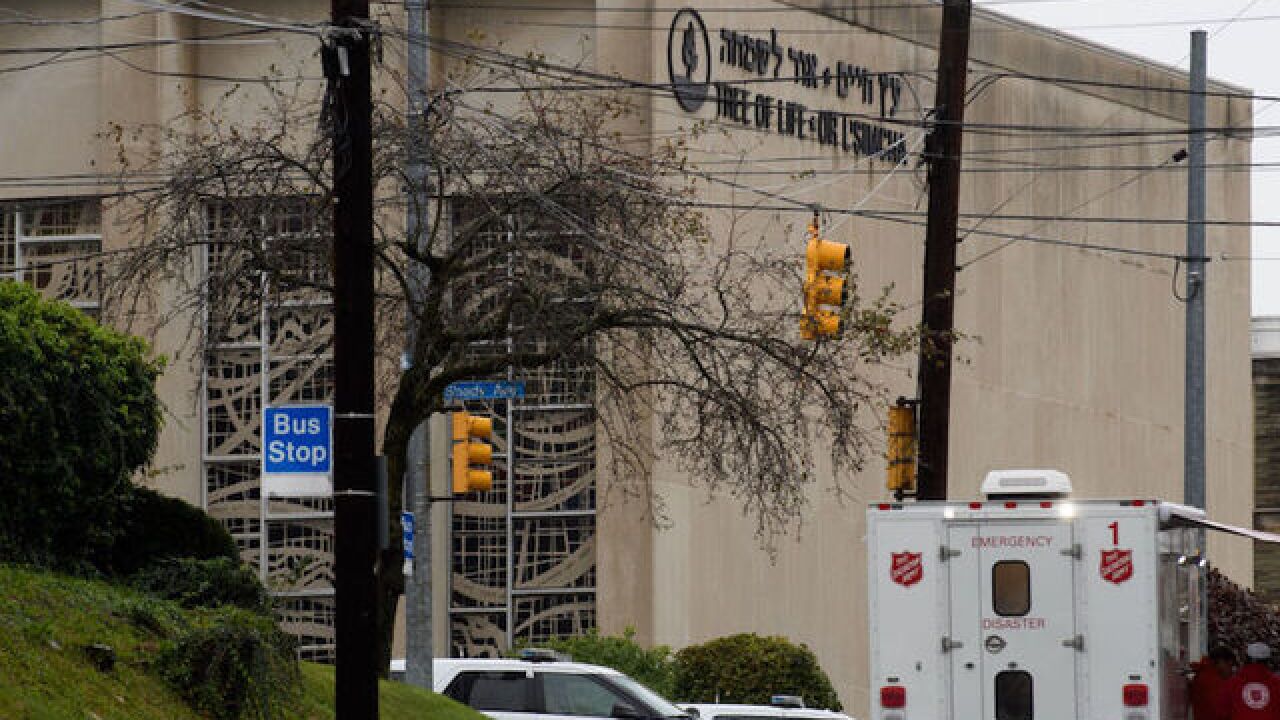 Image copyright 2018 Getty Images. All rights reserved. This material may not be published, broadcast, rewritten, or redistributed.
Jeff Swensen
<p>The scene of a mass shooting at the Tree of Life Synagogue in the Squirrel Hill neighborhood on October 27, 2018 in Pittsburgh, Pennsylvania. </p>

On Saturday, a gunman stormed the Tree of Life Synagogue, killing 11 people in what the ADL called the deadliest attack ever on Jews in the United States.

The horrific, hate-filled minutes were a raw manifestation of anger, division and anti-Semitism.

But the response has been the opposite as faiths and cultures came together in grief and solidarity.

Crowdfunding campaign "Muslims Unite for Pittsburgh Synagogue" has raised more than $180,000 to help the shooting victims.

"We wish to respond to evil with good, as our faith instructs us, and send a powerful message of compassion through action," the donation page says.

The campaign is organized by the Muslim-American non-profits CelebrateMercy and MPower Change. It's hosted by LaunchGood, an online crowdfunding platform for the Muslim community.

The campaign page invites all faiths to contribute, and the Islamic Center of Pittsburgh will work directly with the Tree of Life Synagogue to distribute the funds to the injured victims and grieving families.

"The Pittsburgh community is our family; what happens to one of us, is felt by us all." The Islamic Center of Pittsburgh said in a statement on this attack.

This unifying sentiment is one of the fundraiser's main tenets.

"Through this campaign, we hope to send a united message from the Jewish and Muslim communities that there is no place for this type of hate and violence in America." the LaunchGood page says.

An immigrant's campaign to help

Shay Khatiri, an Iranian immigrant studying in Washington DC, was also inspired to help. He launched the Tree of Life Synagogue Victims campaignon GoFundMe on Saturday with a goal of $50,000. Khatiri has been inspired by the outpouring of support. More than 10 thousand people have donated, raising over $800,000.

"Everyone talks about how divided we are. But in such a tragic moment, Americans are always powerful and indivisible in trauma," Khatiri said.