More than 200,000 in California remain under evacuation order due to wildfires

More than a million could be without power again 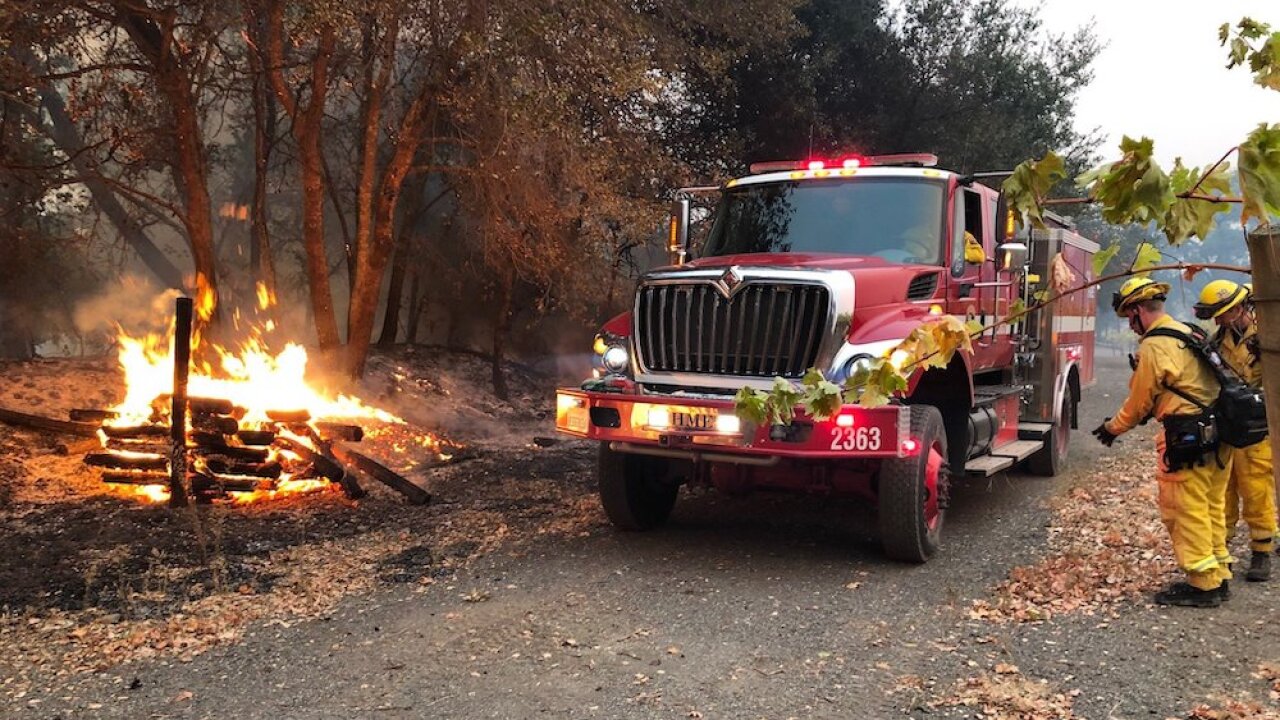 As nearly 200,000 people remain under evacuation order from threat of wildfire, some of the millions of people in Northern California on track to get their electricity back may not have power restored before another possible round of shut-offs and debilitating winds.

Pacific Gas & Electric Co. has notified more than 1.2 million people that they may have their electricity shut off for what could be the third time in a week and the fourth time this month.

Meanwhile, more than 2.4 million people who lost electricity over the weekend were awaiting restoration as hurricane-force winds whipped through the state, fueling a wildfire in Sonoma County as smaller spot fires cropped up.

Fire conditions statewide made California "a tinderbox," said Jonathan Cox, a spokesman for the California Department of Forestry and Fire Protection. Of the state's 58 counties, 43 were under red flag warnings for high fire danger Sunday.

Gov. Gavin Newsom declared a state of emergency in response to the wildfires, powered by gusts that reached more than 102 mph (164 kph).

In the San Francisco Bay Area, two grass fires briefly halted traffic on an interstate bridge. The flames came dangerously close to homes in Vallejo. Another grass fire closed a stretch of interstate that cut through the state capital as smoke obstructed drivers.

In the south, a wildfire in the Santa Clarita area near Los Angeles destroyed 18 structures. As of Sunday, the Tick Fire was 70% contained. Early Monday, a brush fire broke out along the west side of Interstate 405, north of Sunset Boulevard and near the Getty Center in Southern California. The Los Angeles Fire Department called the fire "a very dynamic situation due to high winds" and issued mandatory evacuation orders for people living from the top of Mandeville Canyon Road down to Sunset east of the freeway.

To prevent power lines from sparking in high winds and setting off more blazes up north, PG&E said Sunday that power is out to 965,000 customers and another 100,000 have lost electricity because of strong gusts, bringing the number of residents impacted by blackouts to nearly 2.7 million people.

The biggest evacuation was in Northern California's Sonoma County where 180,000 people were told to pack up and leave.