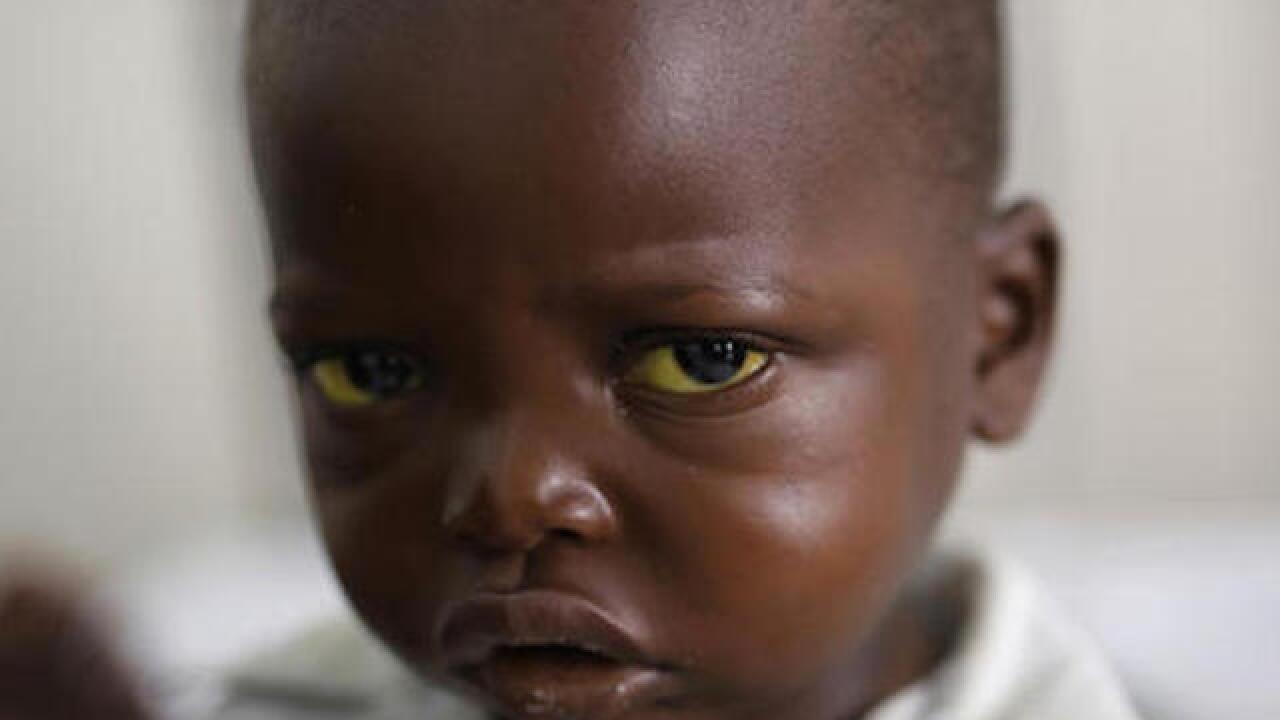 Jerome Delay
<p>In this photo taken Tuesday July 19, 2016, Jonathan Kangu, 3 sits on his hospital bed in Kinshasa, Democratic Republic of Congo, after contracting symptoms of yellow fever. He’s been sick for two weeks and while his eyes have now turned a glowing shade of yellow, doctors still can’t say for sure whether he has yellow fever. (AP Photo/Jerome Delay)</p>

KINSHASA, Congo (AP) — As a yellow fever outbreak in central Africa exploded, 1 million vaccines disappeared in Angola. Thousands more vaccinations were delayed when accompanying syringes got waylaid. Ice packs to keep the shots potent went missing. And while the epidemic of the hemorrhagic fever spilled across international borders, a senior outbreak expert at the World Health Organization acknowledged their response had "lagged" for months.

Much like its fumbled response to the 2014 Ebola outbreak in West Africa, the U.N. agency's efforts to stop yellow fever have been undermined by chronic mismanagement, according to internal U.N. emails and documents obtained by The Associated Press.

Some health officials now estimate they will be short about 22 million vaccines amid the worst yellow fever outbreak in decades. From Angola, the virus has since spread to Congo, with a total of 5,000 suspect cases and more than 450 deaths. The potential for the outbreak to be exported elsewhere remains high, since the disease is spreading largely unchecked in the Congolese capital of Kinshasa, a city of more than 10 million with strong international links.

"We could have prevented this from happening," said Amanda McClelland, a senior emergency official at the International Federation of Red Cross and Red Crescent Societies, also known as the IFRC. Unlike Ebola, there is a vaccine to stop yellow fever from spiraling out of control, and global agencies should have reacted faster, McClelland said. The vaccine takes effect about 10 days after it is administered.

The mostly mosquito-spread virus was largely wiped out from the West following the development of two vaccines in the 1930s, but still sparks epidemics in Africa and Latin America. On February 12, WHO announced an outbreak of yellow fever in the Angolan capital of Luanda. In a bid to snuff out the disease, WHO and partners quickly dispatched more than 6 million doses — the equivalent of the entire global emergency supply.

To ensure the vaccines reached those who needed them, WHO and partners requested a detailed explanation of their use. But Angola failed to account for more than 1 million doses, internal emails between WHO and its colleagues show. "How can this happen in a situation of (vaccine) shortage?" WHO's Sergio Yactayo wrote to his colleagues at UNICEF, Doctors Without Borders, IFRC and WHO. He speculated that the shots had probably been taken by local politicians, the military or resold on the private market.

In an emailed statement this week, WHO and partners said the million missing doses were "not unexpected" in such a mass vaccination campaign.

But Angolan officials disputed that any vaccines were missing at all.

"There has been no diversion (of the vaccines) whatsoever," said Luis Gomes Sambo, the country's health minister. He said the government has careful accounting of where and when the shots were administered and nothing has disappeared.

As the disease tore through Angola and Congo in the spring, U.N. officials made a series of avoidable mistakes that stalled control efforts, including sending vaccines without syringes.

"Sending the vaccines without the vaccination material is 'USELESS'," WHO's Angola representative Hernando Agudelo complained to his colleagues in a May email.

In Congo, WHO logistician Guillaume Queyras described a "quite alarming" situation where workers were unable to guarantee that vaccines were being kept at the right temperature to preserve their effectiveness.

"WE HAVE A MAJOR PROBLEM ON OUR HANDS," wrote UNICEF's Robert Kezaala in an all-caps email to colleagues at WHO and elsewhere.

In Geneva, senior WHO staffer Pat Drury acknowledged to colleagues that the agency's response had "lagged behind the outbreak for months."

About one month later, an internal memo to WHO Director-General Dr. Margaret Chan relayed more alarming news: Congo's only yellow fever laboratory in Kinshasa had halted operations two weeks earlier, leaving WHO unable to track where yellow fever was spreading in the country.

Facing pressure from Doctors Without Borders, Chan wrote directly to its International President, Dr. Joanne Liu. In a July 16 message, Chan listed five measures WHO had taken to restart the Kinshasa facility. But despite her reassurances, the yellow fever lab was still shuttered in late July.

Laboratory director Dr. Jean-Jacques Muyembe Tamfum, said Monday that there was a backlog of 300 untested samples, explaining that diagnostic materials shipped to the lab had been mistakenly returned.

With limited yellow fever vaccines in the emergency stockpile, WHO is now recommending doses be diluted, even though a draft document in May concluded that doing so "should be forgotten because of the programmatic and safety concerns."

In a press release, WHO concluded that partial doses, which use one fifth of the standard vaccine dose, could indeed be "a safe and effective option."

But for some in Congo, the vaccine shortage has proven deadly.

In April, boat operator Guillit Mbwanga, 41, thought he had malaria and went to his local pharmacy for medication. Soon though, his entire body had a yellowish tone. He died soon afterwards, leaving behind his wife Nadine and their 10 children. His medical file states that he likely died of yellow fever.

"Now there is no one to take care of the children financially," says his brother-in-law Mitterand Manzambi, who will now help look after the children, who live in a cement-block house hidden by banana trees. "His oldest daughter planned to go to university but who will pay for the tuition now? And what about school fees for the others?"