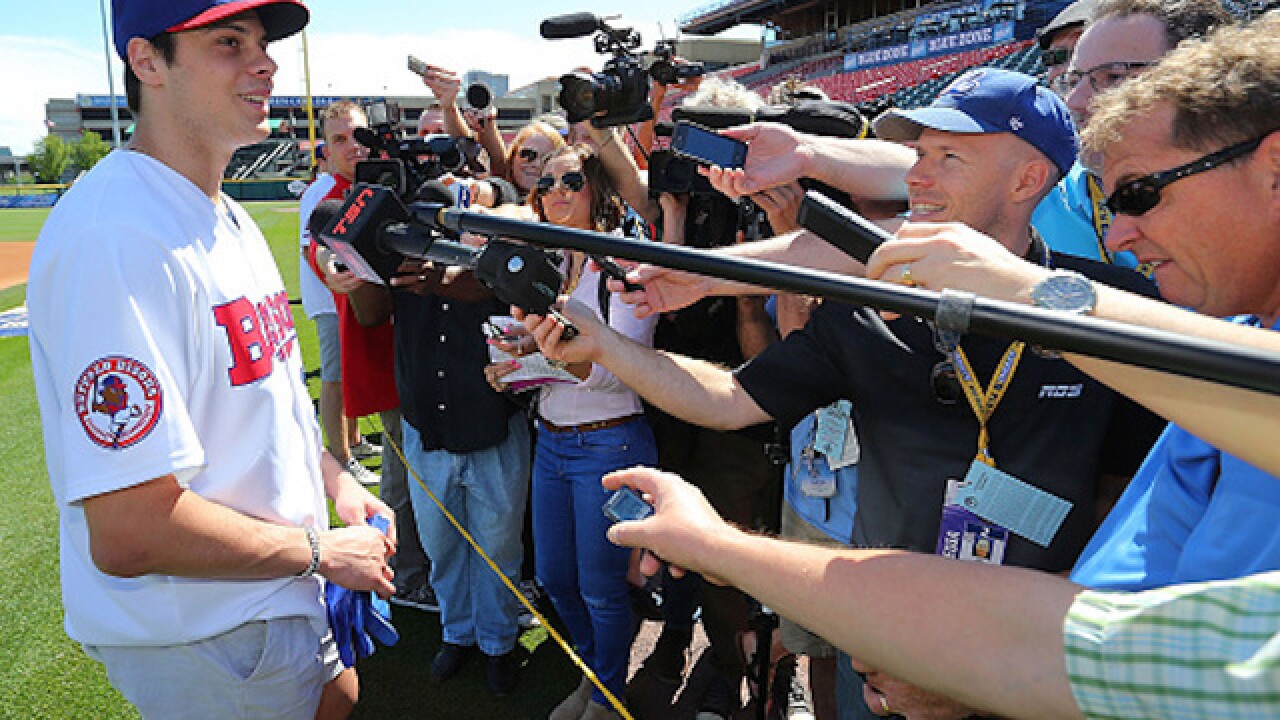 To a chorus of boos from fans of the Buffalo Sabres, the 2016 NHL Draft was led off by the Toronto Maple Leafs selecting Auston Matthews as the first overall pick.

Matthews, originally from Scottsdale, Az., spent several years in the US National system before spending last year with Zurich SC. In the Swiss league, he scored 46 points in 36 games.

"It was a dream come true and such and honor," Matthews said. "Growing up in the Southwest, hockey is rapidly growing. It is pretty neat."

Matthews is the first American-born player selected in the NHL Draft since Patrick Kane in 2007.

Despite being one of the most storied hockey franchises, Toronto has been near the bottom of the standings for the last two decades. The Maple Leafs finished dead last in the 30-team NHL in 2015-16.