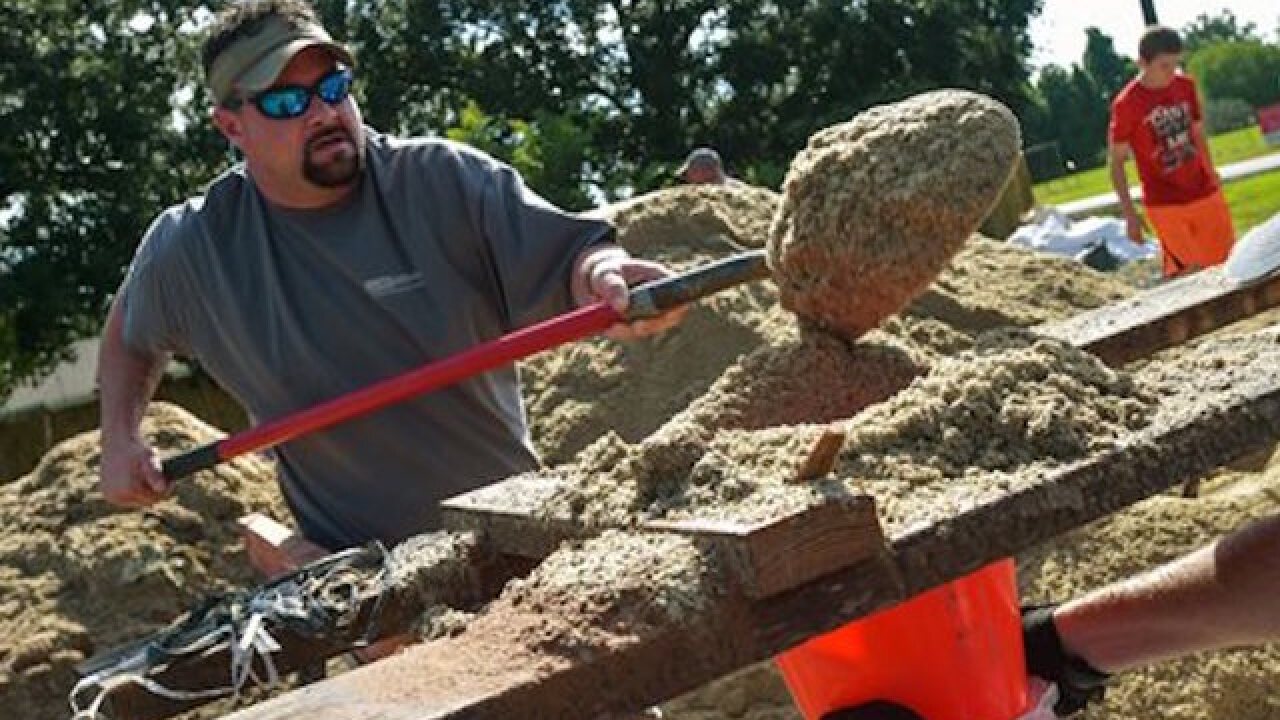 DENHAM SPRINGS, La. (AP) — Keisha Taylor, a 37-year-old mother of four, has spent three nights in two different shelters since her family fled the flooding at their Baton Rouge apartment complex. And she doesn't know how many more nights they will be sleeping on cots inside the downtown arena where hundreds sought shelter.

Taylor probably could stay with relatives in White Castle, a town about 30 miles west of Louisiana's capital city, but three of her kids are enrolled in Baton Rouge schools that could reopen next week.

Taylor is one of thousands of people across southern Louisiana displaced by catastrophic flooding and now struggling with where to live.

An additional evacuation recommendation was made in Vermilion Parish. Gueydan Fire Chief Evans Bourque told The Associated Press early Thursday that residents in about 60 to 70 homes in an area outside the levee system there were being urged to evacuate amid rising water. Bourque said he did not know how many people the evacuation included but said it was less than 100.

With an estimated 40,000 homes damaged by deadly flooding, Louisiana could be looking at its biggest housing crunch since the miserable, bumbling aftermath of Hurricane Katrina a decade ago.

For the Baton Rouge area, it was a blow on top of what has already been a tough summer starting with the shooting death of 37-year-old Alton Sterling on July 5. The death of Sterling, a black man, at the hands of two white police officers incited widespread protests in which nearly 200 people were arrested.

Then on July 17, a lone gunman shot and killed three law enforcement officers and wounded three others outside a Baton Rouge convenience store. The suspect, Gavin Long, an Army veteran from Kansas City, Missouri, was killed by police. The dead officers all had lived in the area of Denham Springs, a quiet bedroom community near Baton Rouge.

Then the rains hit.

People now are staying in shelters, bunking with friends or relatives, or sleeping in trailers on their front lawns. Others unable or unwilling to leave their homes are living amid mud and the ever-present risk of mold in the steamy August heat.

Many victims will need an extended place to stay while they rebuild. Countless others didn't have flood insurance and may not have the means to repair their homes.

"I got nowhere else to go," said Thomas Lee, 56, who ekes out a living as a drywall hanger — a skill that will come in handy. His sodden furniture is piled curbside and the drywall in his rented house is puckering, but Thomas still plans to keep living there, sleeping on an air mattress.

Exactly how many will need temporary housing is unclear, but state officials are already urging landlords to allow short-term leases and encouraging people to rent out any empty space available.

Terri Ricks, deputy secretary for the Department of Children and Family Services, which helps organize sheltering efforts in parishes, said the state is talking with parishes about possibly running a long-term shelter in the region if needed to give people a place to stay while they repair and rebuild.

"Nobody wants to do a long-term shelter," she said. "We want to get people in a more permanent situation."

The Federal Emergency Management Agency, whose very name became a punchline during Katrina, said it will look into lining up rental properties for those left homeless and will consider using temporary housing units.

But FEMA Administrator Craig Fugate gave assurances that the temporary units won't be the old FEMA travel trailers — a reference to the ones brought in after Hurricanes Katrina and Rita that were found to have toxic levels of formaldehyde.

The flooding that struck the Baton Rouge and Lafayette areas left at least 13 people dead. More than 30,000 have been rescued, and at least 70,000 have registered for federal disaster assistance. At the height, 11,000 people were in shelters, though that figured dropped to 6,000 by Wednesday.

Those with flood insurance will be in a much better place to begin rebuilding — but there won't be many of them.

Louisiana Insurance Commissioner Jim Donelon said it was shocking that only 12 percent of the homes in hard-hit Baton Rouge were covered by flood insurance, and only 14 percent in Lafayette. Donelon, however, said he understands why the state's "large population of working poor folks" wouldn't pay for flood coverage when lenders tell them it's not a requirement.

Many flood victims said they weren't required to have flood insurance and didn't have it, since nothing remotely like this had ever happened before. One of those people was David Ellis.

He and his wife closed on their new house in a Livingston Parish subdivision last Thursday afternoon. It started flooding the very next day, water ultimately rising above three feet inside his home. Like many of his neighbors, Ellis didn't have flood insurance. He said he was told he didn't need it.

Friends have launched an online fundraising campaign to help repair the new home.

"I hate asking for help, but having somebody do that for us is awesome," he said.