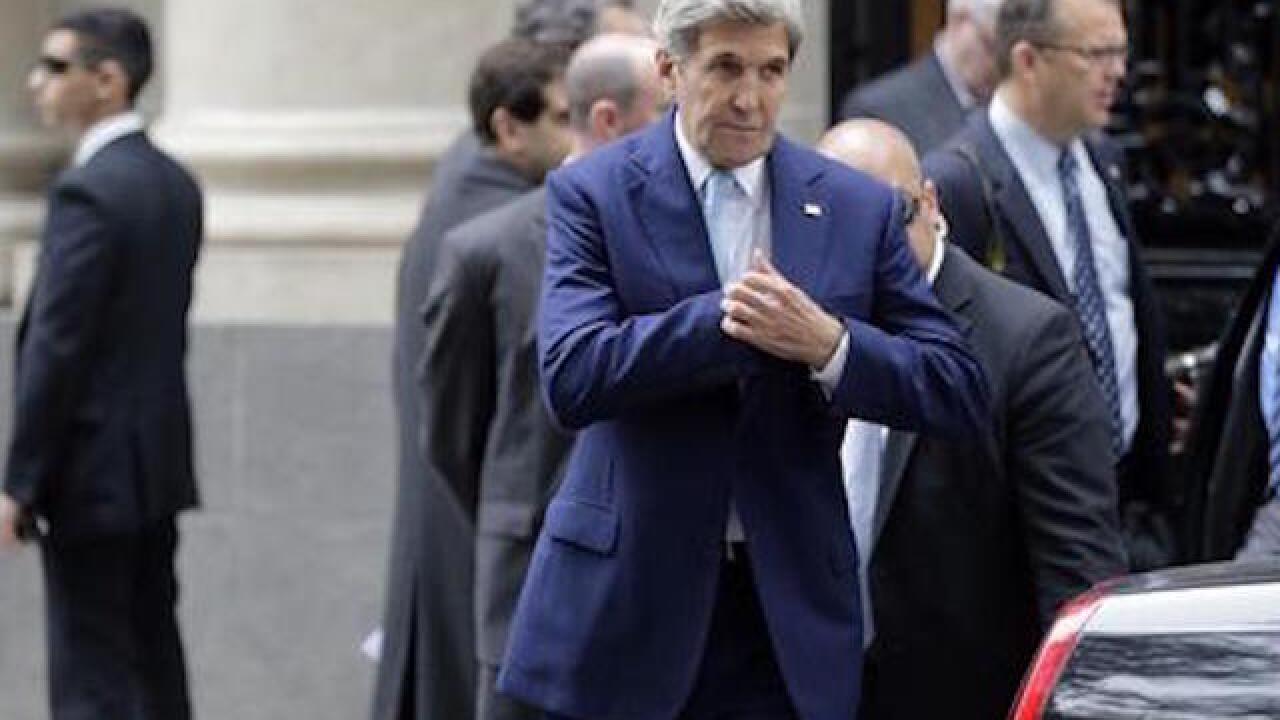 BUENOS AIRES, Argentina (AP) — A $400 million pallet of cash delivered to the Iranian government at the same time a complicated nuclear deal was settled and four Americans were released was unrelated and not a ransom, Secretary of State John Kerry said Thursday.

Kerry flatly denied any connection between the cash — and an additional $1.3 billion interest payment — and the implementation of the nuclear deal and the prisoner swap that all occurred in rapid succession. The payment was part of a decades-old dispute over a failed military equipment deal dating to the 1970s, before the Islamic revolution in 1979.

"The United States does not pay ransom and does not negotiate ransoms," Kerry told reporters in Buenos Aires. "It is not our policy. This story is not a new story. This was announced by the president of the United States himself at the same time."

Kerry said the payment was part of a deal under the then-U.S.-backed shah to buy $400 million worth of military equipment in 1970s. The equipment was never delivered because in 1979, his government was overthrown and revolutionaries took American hostages at the U.S. embassy in Tehran. The U.S. and Iran have been negotiating the Iranian claim to the money since 1981, and Kerry said that negotiation was separate from the nuclear deal and discussions about Americans held in Iran.

He said the settlement agreement ultimately saved U.S. taxpayers what could have been billions of dollars in additional interest.

"We believe this agreement ... actually saved the American taxpayers potentially billions of dollars," Kerry said. "There was no benefit to the United States of America to drag this out."

Kerry also said he is unaware of any video showing the arrival of a pallet of cash in Iran, which Republican presidential nominee Donald Trump cited at a rally on Wednesday.