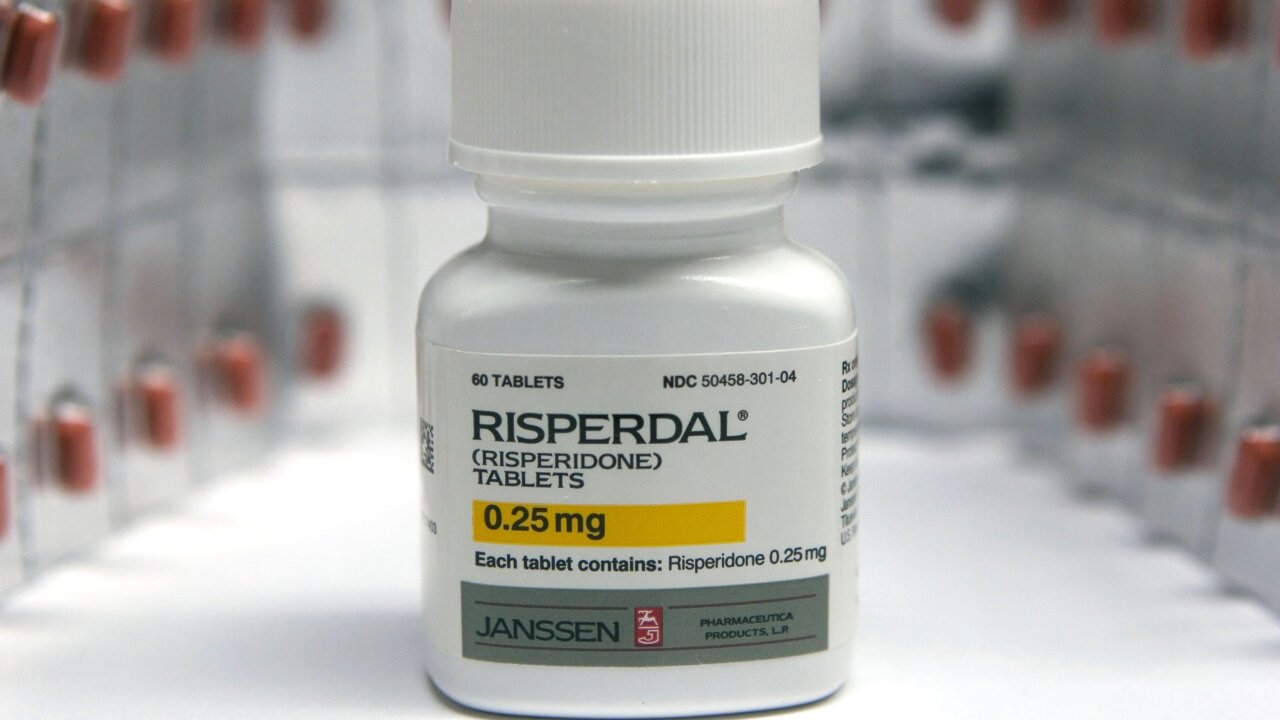 NEW BRUNSWICK, N.J. -- Johnson & Johnson will have to pay $8 billion in punitive damages after a man claims the company didn't warn young men that the drug Risperdal could grow breasts, a jury said Tuesday, according to Reuters.

Nicholas Murray, 26, previously won $680,000 in the case over the antipsychotic drug Risperdal in the Philadelphia Court of Common Pleas.

Murray says he developed breasts after he began taking Risperdal in 2003 when a psychologist diagnosed him with autism spectrum disorder, according to Reuters.

Murray's lawyers, Tom Kline and Jason Itkin said in a statement the "jury told Johnson & Johnson that its actions were deliberate and malicious."

"The conduct that the jury saw in the courtroom, was clear and convincing that J&J disregarded the safety of the most vulnerable of children. This is an important moment, not only for this litigation, but for J&J, which is a company that has lost its way."

In a statement to CNN, Johnson & Johnson called the award "grossly disproportionate with the initial compensatory award in this case, and the Company is confident it will be overturned."

The company added, "the jury did not hear evidence as to how the label for RISPERDAL® clearly and appropriately outlined the risks associated with the medicine, or the benefits RISPERDAL® provides to patients with serious mental illness."

The case is the first of thousands in Pennsylvania where a jury could award punitive damages, Reuters reported.

Previously, a Pennsylvania judge ruled New Jersey law, which prohibits punitive damages and is Johnson & Johnson's home state, should be applied to all cases.

In 2018, a Pennsylvania Superior Court ruled punitive damages were permitted, noting the state where each plaintiff lives should be the determining factor, according to Reuters.

The World Health Organization includes risperidone, the chemical name for Risperdal, on its list of "essential medicines," meaning the drug is "one of the minimum medicines needed for a basic healthcare system."

But since 1994, when J&J put Risperdal on the market, the drug has drawn a significant amount of attention and controversy, beyond undisclosed side effects.

In 2013, in one of the largest health care fraud settlements in US history, the Department of Justice said Risperdal and two other drugs manufactured by Johnson & Johnson were promoted for dementia patients, even though Risperdal was approved only to treat schizophrenia. This use was not approved as safe and effective by the Food and Drug Administration.

The drug was approved by the US Food and Drug Administration in 1993.

"The conduct at issue in this case jeopardized the health and safety of patients and damaged the public trust," then-Attorney General Eric Holder said at the time.

The department also alleged that Janssen promoted the drug for use in children and people with mental disabilities, despite knowing the health risks.

The agency also alleged that Janssen's sales representatives told doctors that they needed to increase their Risperdal prescriptions in order to receive speaking fees for speeches set up by Janssen. Janssen agreed to the settlement and fines.

In a statement at the time, the company blamed the sales representatives.

J&J insisted, "Risperdal is a safe and effective medication that has helped millions of people live better lives for more than two decades."