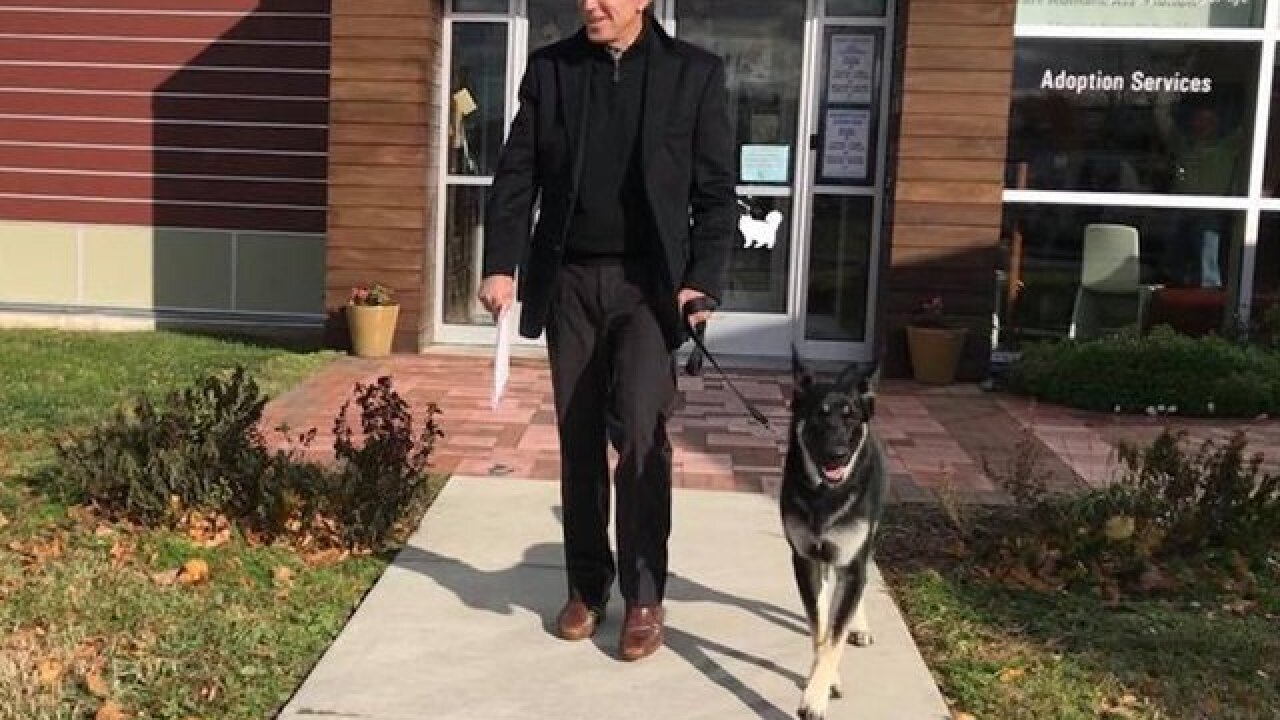 "We are so happy to welcome Major to the Biden family, and we are grateful to the Delaware Humane Association for their work in finding forever homes for Major and countless other animals," read a statement from the Bidens, signed the former vice president, his wife, Jill Biden, and Champ, their other German shepherd.

The Delaware Humane Association announced the adoption news on Facebook, writing in a post that Major "is from the litter of German shepherd pups that were surrendered and not doing well at all."

Once Biden "caught wind of them," he "reached out immediately," the group said on Facebook, adding, "The rest is history!"

The Bidens had been fostering Major, the group said on Facebook, thanking the family and wishing them luck with their new pet.

"Today is Major's lucky day! Not only did Major find his forever home, but he got adopted by Vice President Joe Biden & Dr. Jill Biden!" the post said.

Biden is considered a top potential 2020 Democratic presidential candidate. As vice president, he would hand out stuffed-animal versions of his other dog, Champ, to kids. Champ also goes with Biden into his office in Washington, DC, from time to time.