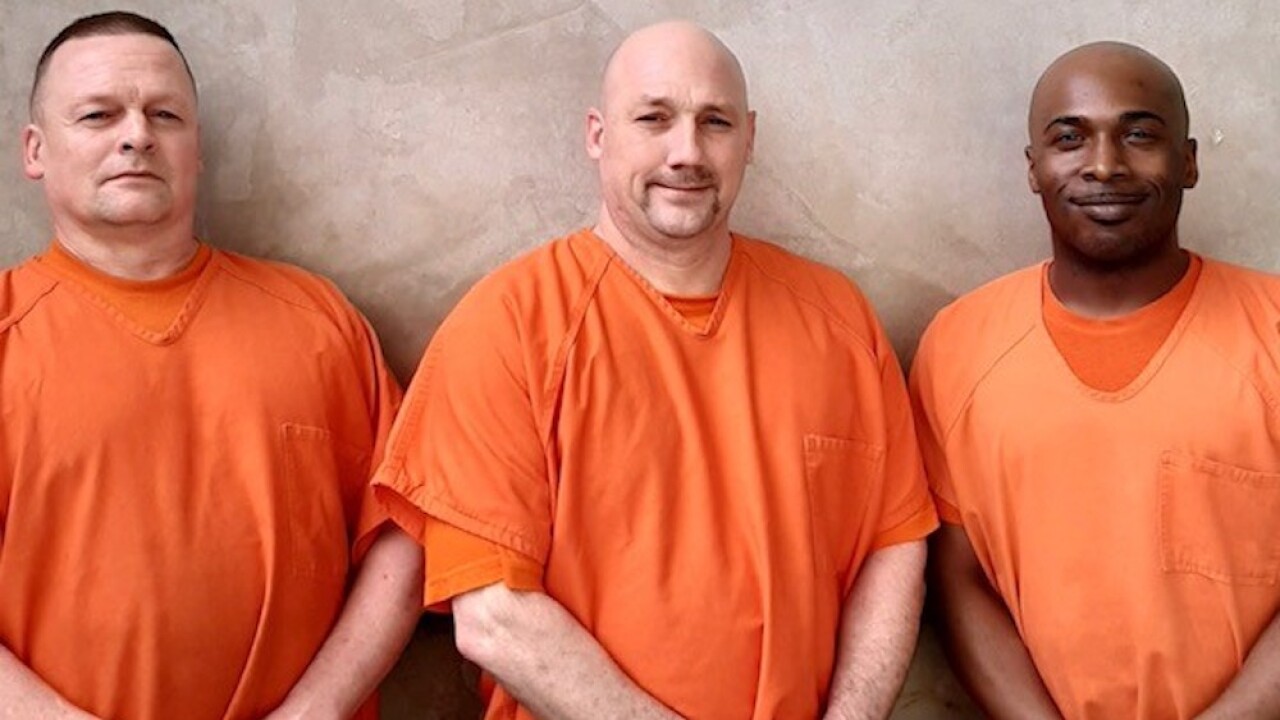 Three inmates in a suburban Atlanta jail are being credited with saving a deputy's life.

The Gwinett County Sheriff's Office says the trio noticed the officer was not feeling well as he conducted security procedures.

After he returned to his seat, the deputy lost consciousness. He then fell to the floor and hit his head.

The inmates began pounding on the doors loudly enough to wake up the deputy, who then opened the cell doors.

After that, he lost consciousness again. But the inmates stayed by his side and administered aid until help arrived.

The deputy is now recovering at home.

"These inmates came to his aid because our deputy, like most law enforcement officers, treats people with the dignity they deserve," the Gwinnett County Sheriff's Office said on Facebook. "These inmates had no obligation whatsoever to render aid to a bleeding, vulnerable deputy, but they didn't hesitate. Many people have strong opinions about law enforcement officers and criminals, but this incident clearly illustrates the potential goodness found in both."

"We're proud of our deputy, whose strong desire to serve gave him the strength to activate the door release when he believed an inmate needed his help. In doing so, he released his rescuers. We're proud of them, too. Thank you."