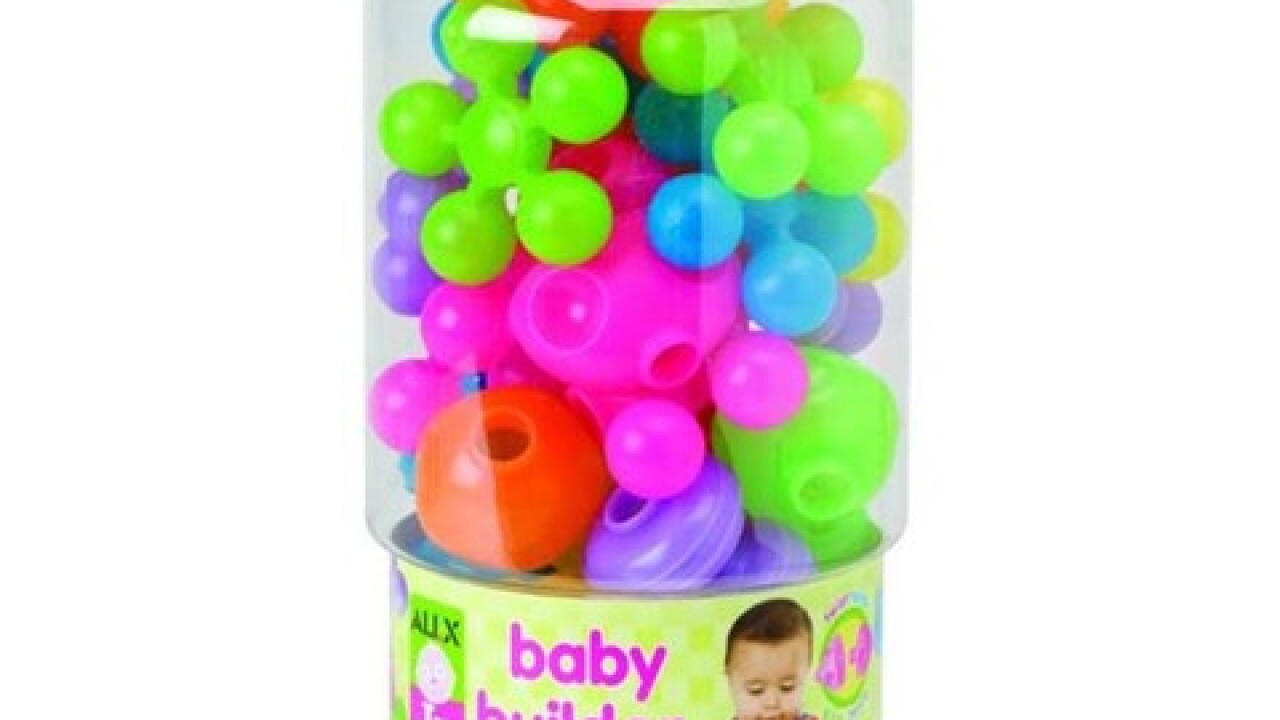 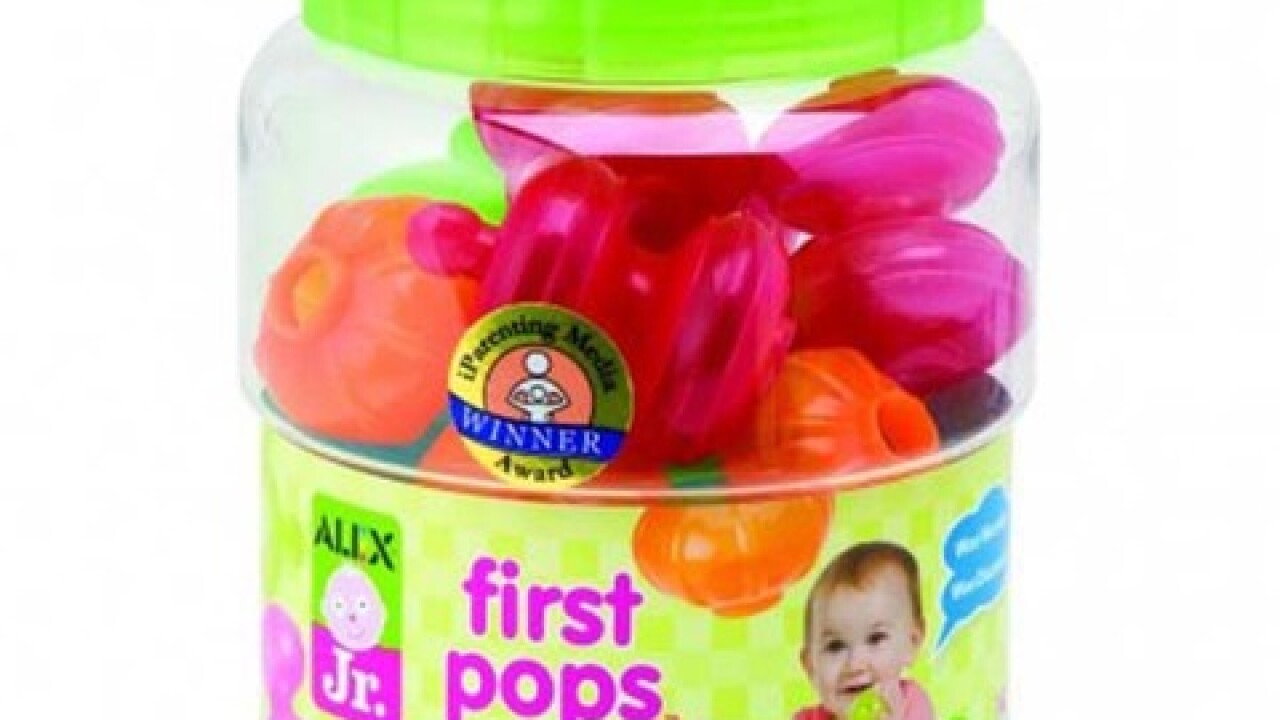 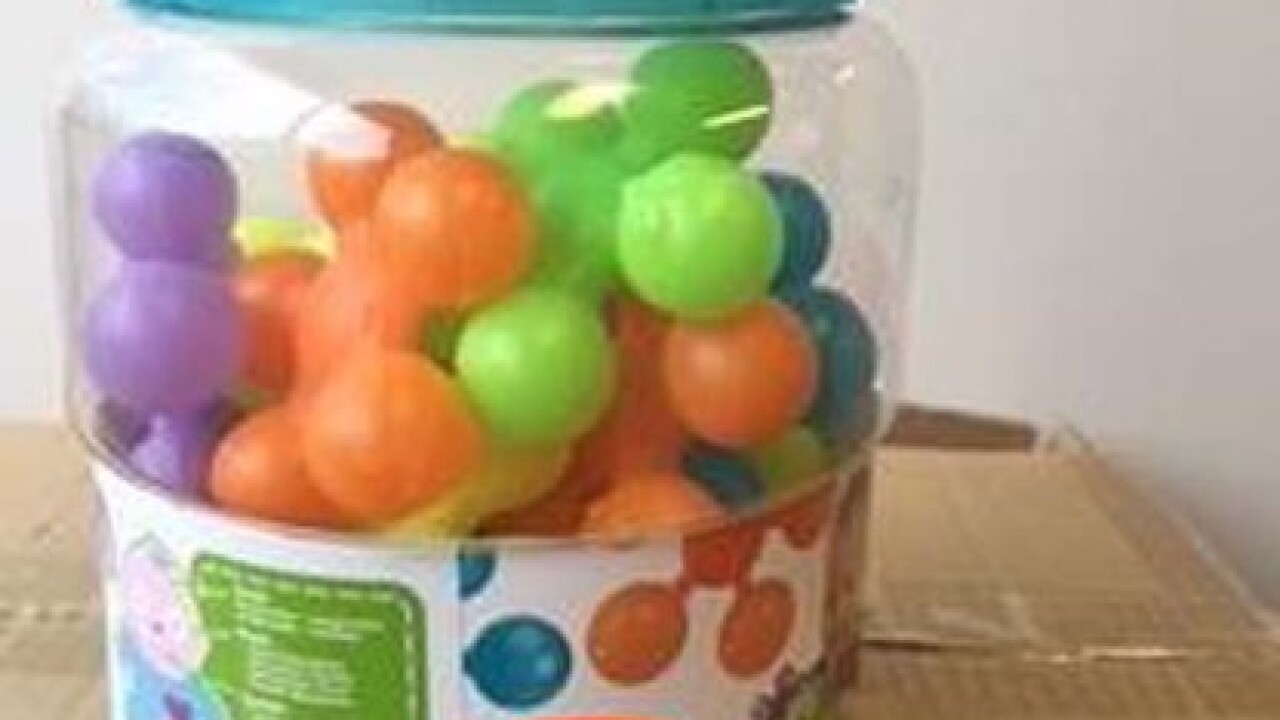 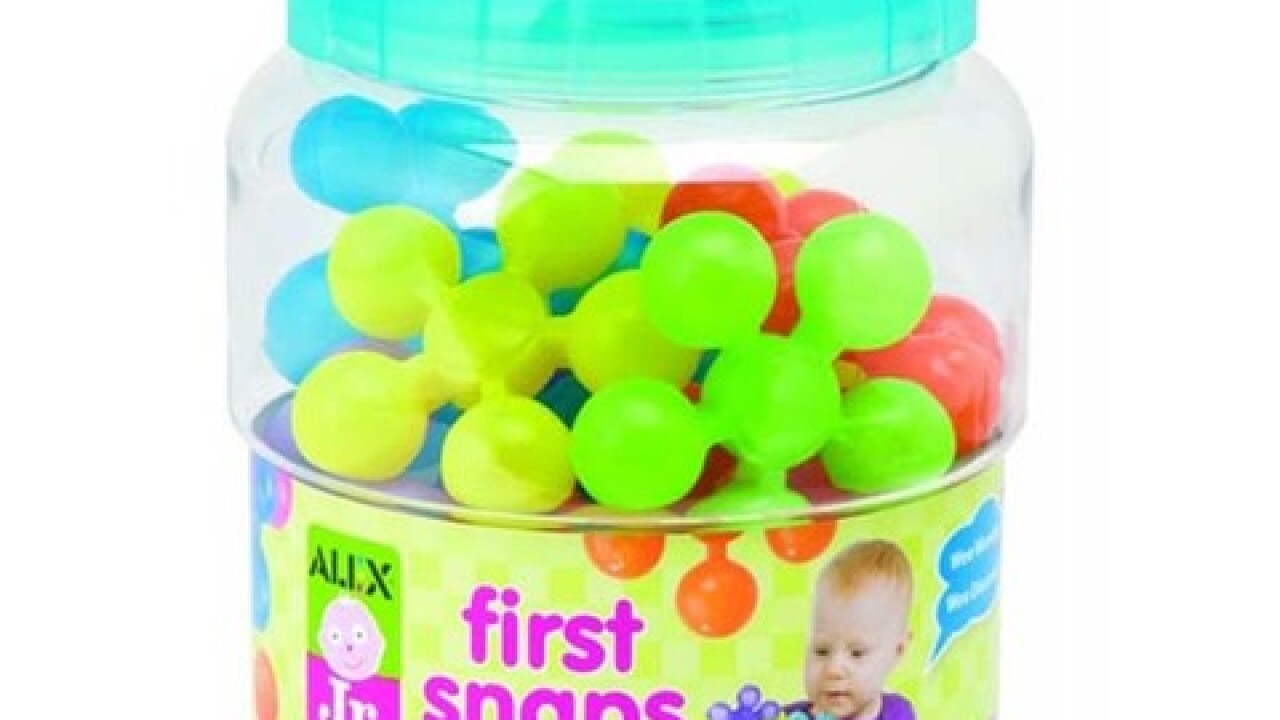 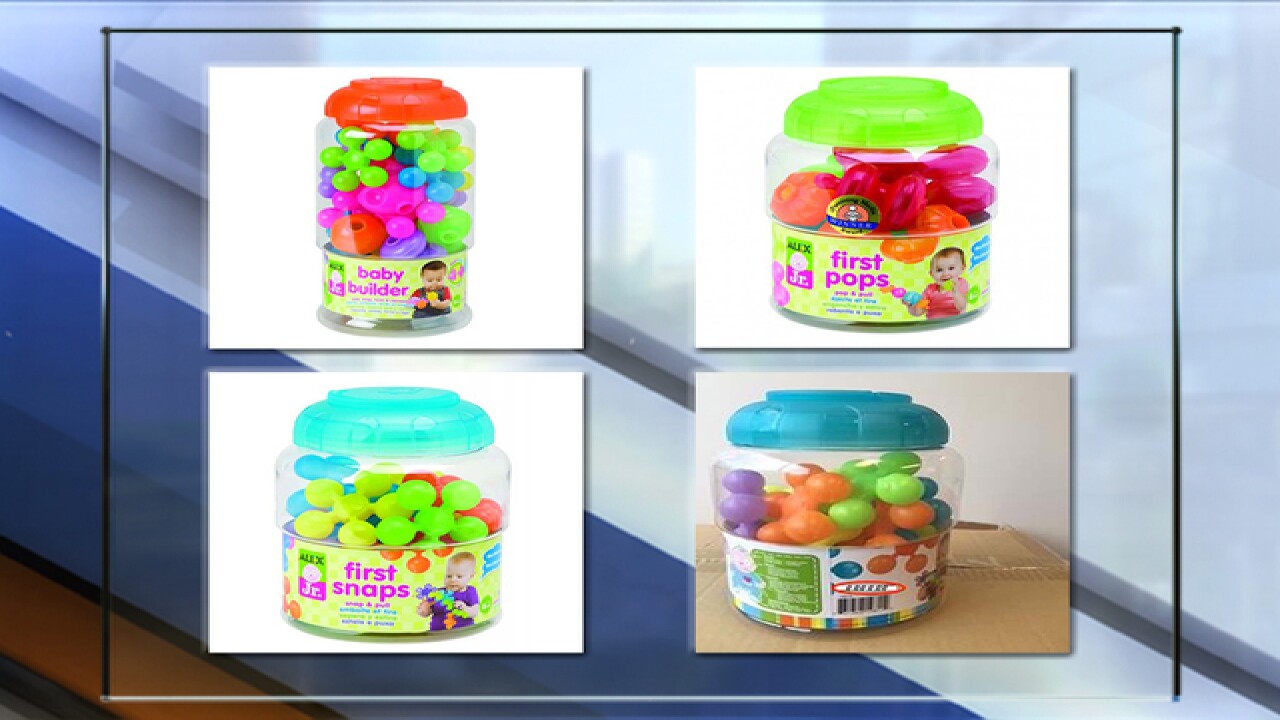 Alex Toys has recalled about 91,000 infant building play sets due to a choking hazard.

The sets include an assortment of plastic shapes in bright colors. The pieces are designed to be pulled, pushed, snapped and twisted and come in stackable plastic jars. They were sold in sets of 14 and 26 pieces.

There have been 22 reports of the ends of small parts detaching from the building sets. No injuries have been reported.

Consumers should immediately take the recalled building sets away from children and contact ALEX for a prepaid shipping envelope to return the product(s). ALEX will send consumers a full refund upon receipt of returned sets.