Indian air force plane with 29 on board missing, official says 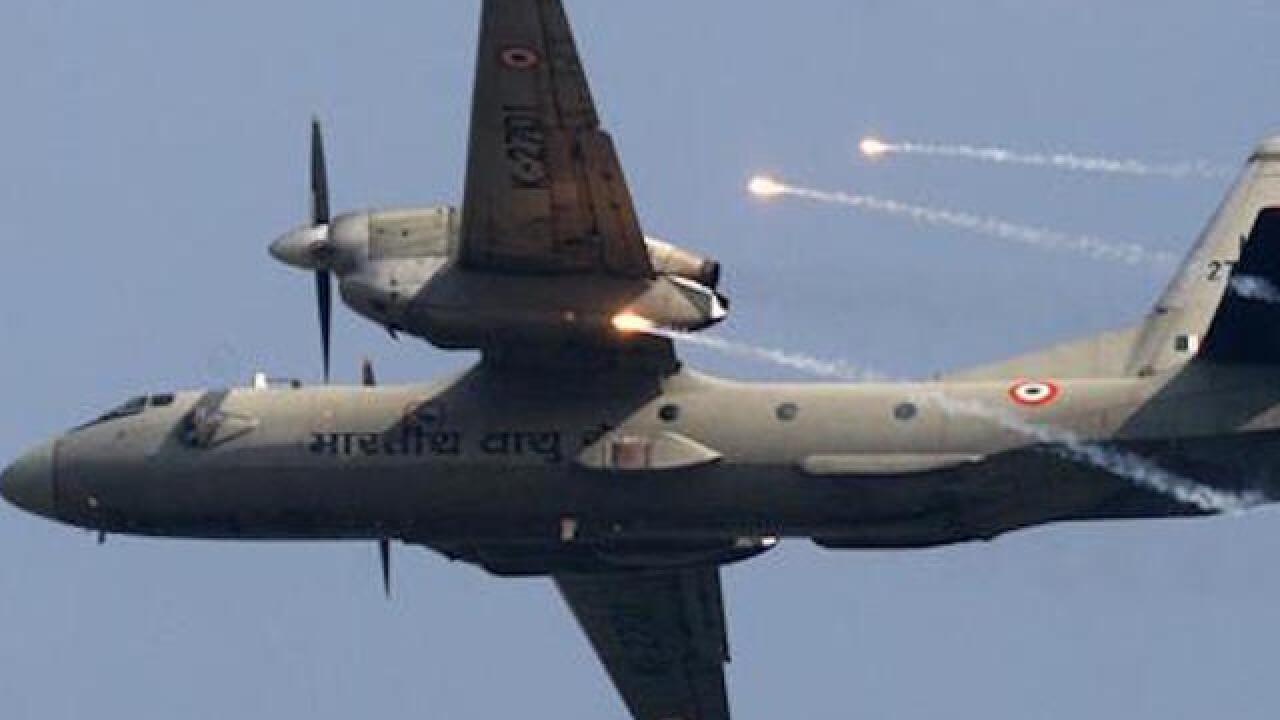 The air force, navy and coast guard were using ships, planes and helicopters to conduct a massive search.

The AN-32 aircraft took off from the southern city of Chennai at 8.30 a.m. and was flying over the water to the city of Port Blair in the Andaman and Nicobar islands, said Nitin Wakankar a spokesman for India's defense ministry.

The flight, covering 1,375 kilometers (854 miles), was supposed to last three hours. The Russian-made aircraft could go for four hours without refueling, Wakankar said.

The plane was making a routine courier flight and had on board military personnel along with the aircraft crew.

The last communication from the aircraft was about 15 minutes after takeoff, Indian air force spokeman Anupam Banerjee told reporters.

It wasn't known if weather was bad during the flight, though monsoon season brings heavy winds and storms that can cause turbulence and flight delays around South and Southeast Asia.

A defense ministry statement said that four naval ships deployed in the Bay of Bengal on different missions have joined the search and eight other ships are returning from the South China Sea to join the search operations. A submarine has also been diverted to the area to help locate transmissions from the emergency locator beacon on board the aircraft.