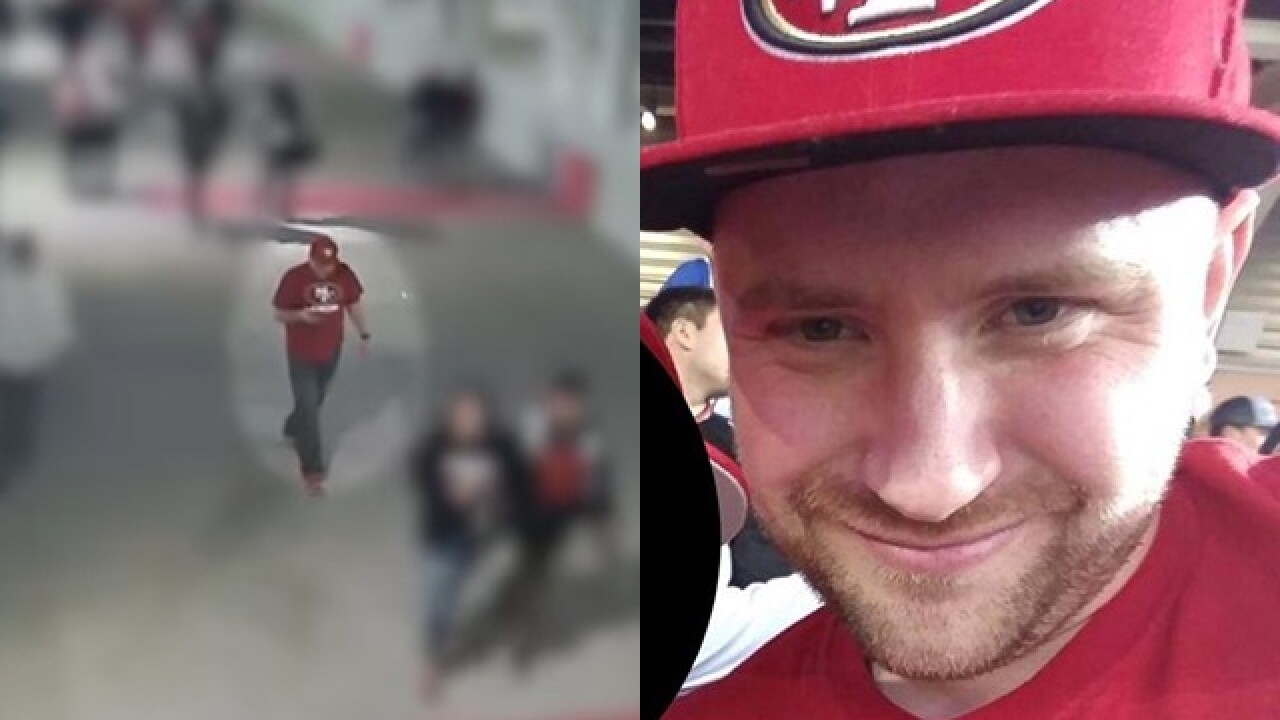 A body found in the water near Levi's Stadium in Santa Clara, California, was identified Tuesday as a San Francisco 49ers fan who went missing during a Nov. 12 Monday Night football game, officials said.

The body was found in low-tide water approximately one mile north of the Alviso Marina boat ramp. The boat ramp is almost three miles north of the stadium.

The cause of death has been ruled as accidental drowning.

Powers’ girlfriend told police he left his seat to use the bathroom and never returned.

Surveillance video showed him leaving the stadium and walking out of the venue.