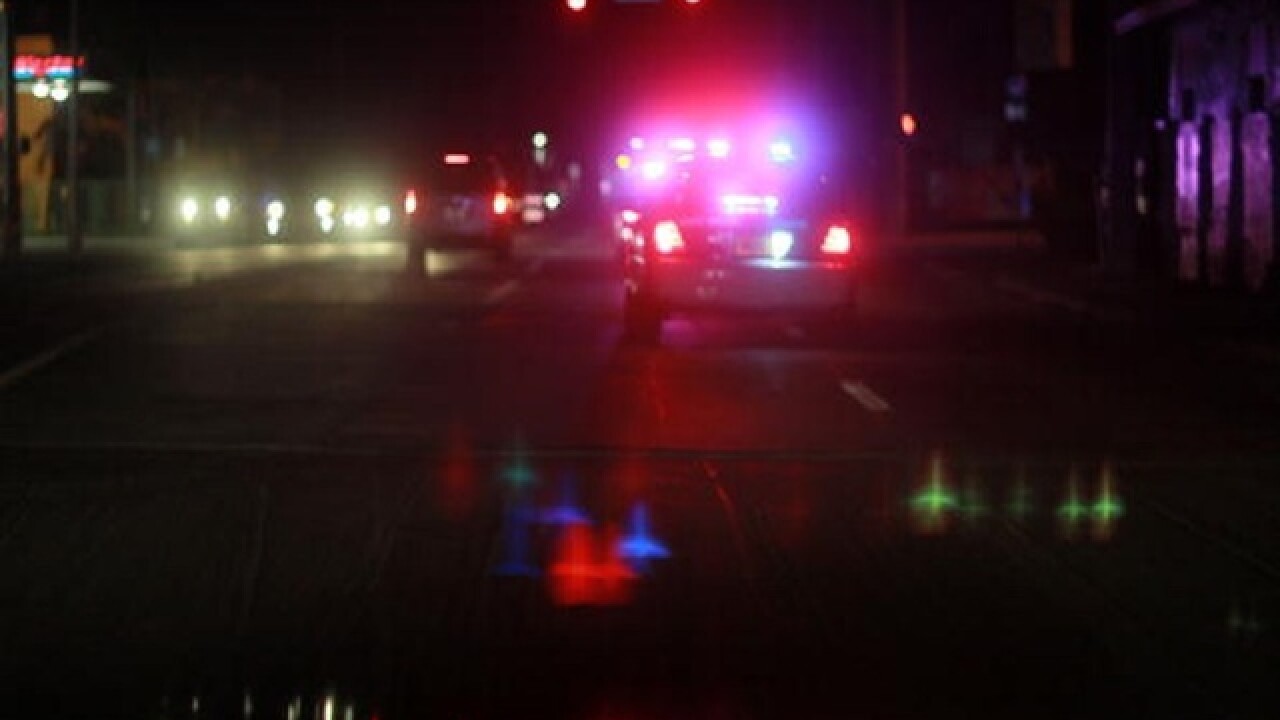 Joe Raedle
<p>MIAMI - AUGUST 11: A City of Miami police car with lights ablaze responds to a call as they patrol the street on August 11, 2010 in Miami, Florida. The Miami Police Department launched "Operation Take Back Our Streets" yesterday in response to recent shootings in the Model City and Little Haiti communities of Miami. The city has seen a number of shootings recently using high powered assault weapons. (Photo by Joe Raedle/Getty Images)</p>

HOUSTON (AP) — Police fired at five suspected robbers Thursday night outside a Houston furniture store, killing two and injuring two other members of the group, which was being monitored by a tactical team investigating other robberies earlier in the day.
John Cannon, a police spokesman, said five police officers fired their weapons but none was injured.
One of the two injured suspects was taken to the hospital with an undisclosed injury. Another sustained a superficial shoulder wound and was treated by paramedics at the scene. He and a suspect who wasn't injured were taken into custody, Cannon said.
"Officers discharged their weapons either because the suspects pointed weapons at them or they were fearful suspects were running toward other businesses, which had citizens in them," Cannon told The Associated Press.
Two guns belonging to the suspects were recovered at the scene, and Cannon said officers continued to search the area but didn't believe there are other suspects.
Taj Ali, the owner of Affordable Furniture where the robbery took place, told the Houston Chronicle that an employee who was inside during the holdup said the gunmen were wearing masks. She said one pointed a gun and asked if the store had a safe.
"She didn't have the key and we don't keep any money in it," Ali said. "Then, one of them hollered, 'Let's go,' and that was the end of the story."
The furniture store, located on an access road near Interstate 45 in northern Houston, was open at the time of the robbery. One of the suspects — the one who wasn't injured — had posted as a store employee and tried to hide in a truck parked in front of the business, Cannon said. One of the suspects was wearing an ankle monitor, but Cannon didn't have details on his criminal record.
Cannon said it wasn't immediately clear if the suspects had fired any shots. He said the group was already suspected in multiple robberies in the area Thursday but didn't elaborate.
Associated Press 2016