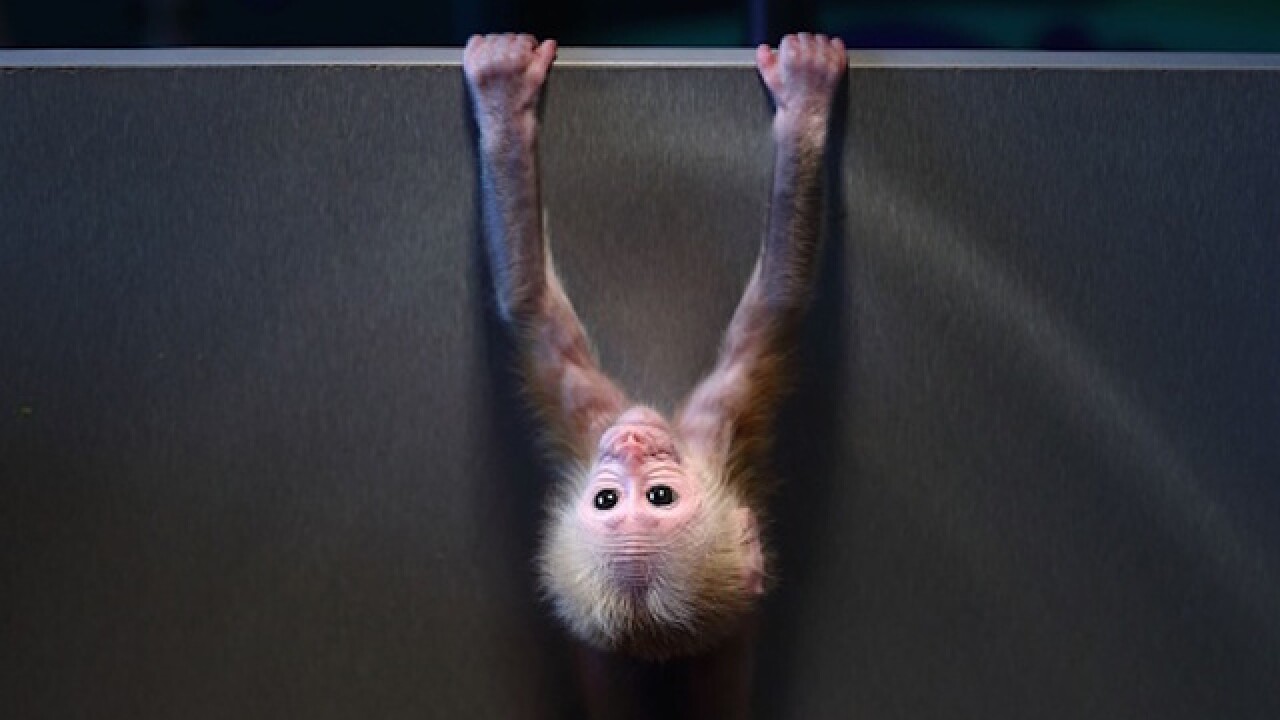 LAS VEGAS (AP) — Airline officials say they called for help after a passenger was found stowing a monkey in his shirt during a Las Vegas-bound flight.

Oliver says the passenger broke policy by not informing the airline that he was bringing a service animal onboard, and then refused to turn over documents verifying the monkey's status.

McCarran International Airport spokeswoman Christine Crews says law enforcement officials met up with the plane and determined that the monkey was a certified service animal.

Oliver says the animal was brought surreptitiously onto the plane in a duffel bag and never became loose or uncontained during the flight.

It wasn't immediately clear whether the passenger faces consequences.