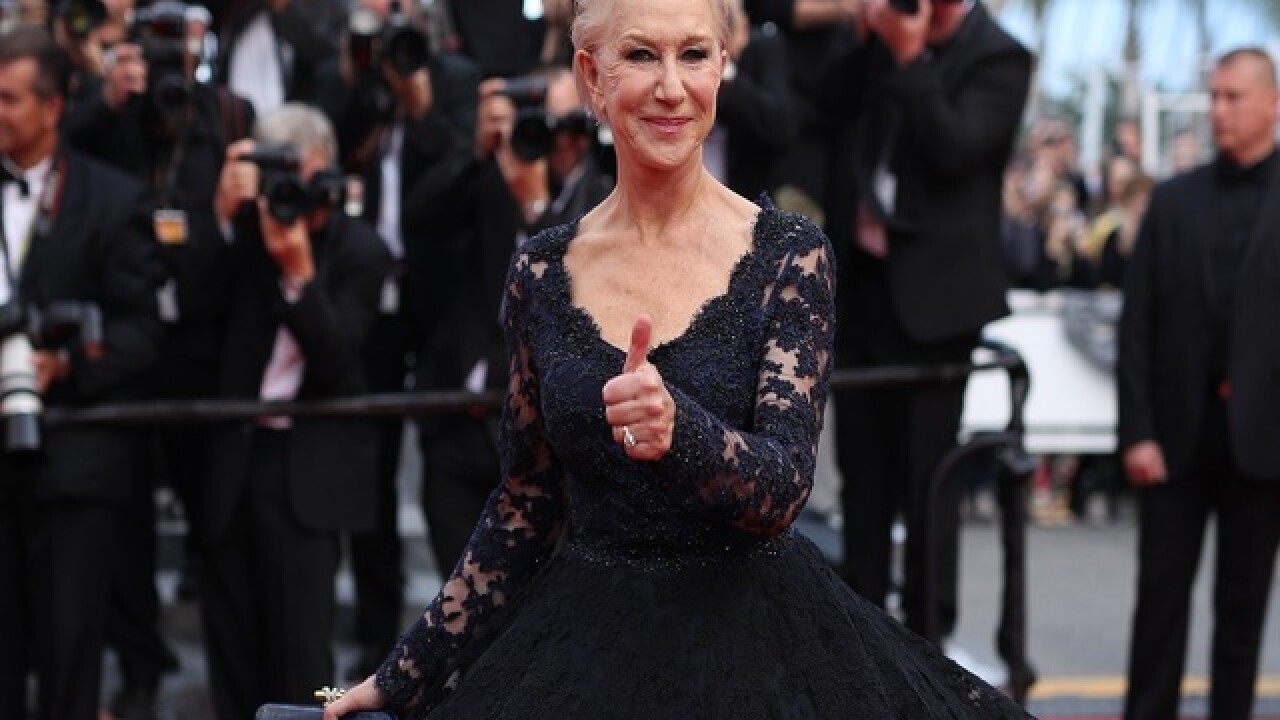 By: Associated Press
Posted at 7:04 PM, May 19, 2016
CAP D'ANTIBES, France (AP) — Blending glamor and a good cause is harder than it looks.
"It's always a slightly uncomfortable mix," Helen Mirren said on the red carpet at Thursday's fundraiser for the amFAR Cinema Against AIDS. But it "raises an awful lot of money" for a very important charity, she added.
"AIDS is still a devastating illness, destroying communities all over the world and this charity will help with that so we'll make AIDS history," the Oscar-winning star said.
Milla Jovovich, Adrien Brody, Chris Tucker, Kirsten Dunst, Juliette Binoche, Vanessa Paradis, Karolina Kurkova and Juliette Binoche also attended. The event was held at the exclusive Hotel du Cap-Eden Roc just outside Cannes, where the international film festival is underway.
"What do I love about amfAR? The fact that they've made sure to save people over the last 20 years — so many people today that are living with HIV/AIDS are living because of the research amfAR does," said Jovovich, a regular at the event.
Brody, a keen painter as well as an actor, said he was both a guest and a contributor to the evening's auction with one of his works.
"It's a pretty grand piece that I've donated for amfAR this evening, so I'm very excited. I'm very excited to share that," he said.
Australian actor Joel Edgerton was unsure when asked if he planned to bid on any of the auction items.
"The trouble with me is I haven't done the Marvel movies yet, so I can't spend lots of money, but I want to support and I will in my own way," he said. "I have a bit of a twitch, I might end up buying everything."
According to amfAR figures, to date the Cinema Against AIDS galas have raised more than $170 million for its research programs.
Associated Press 2016