Parents are concerned but 'not surprised' 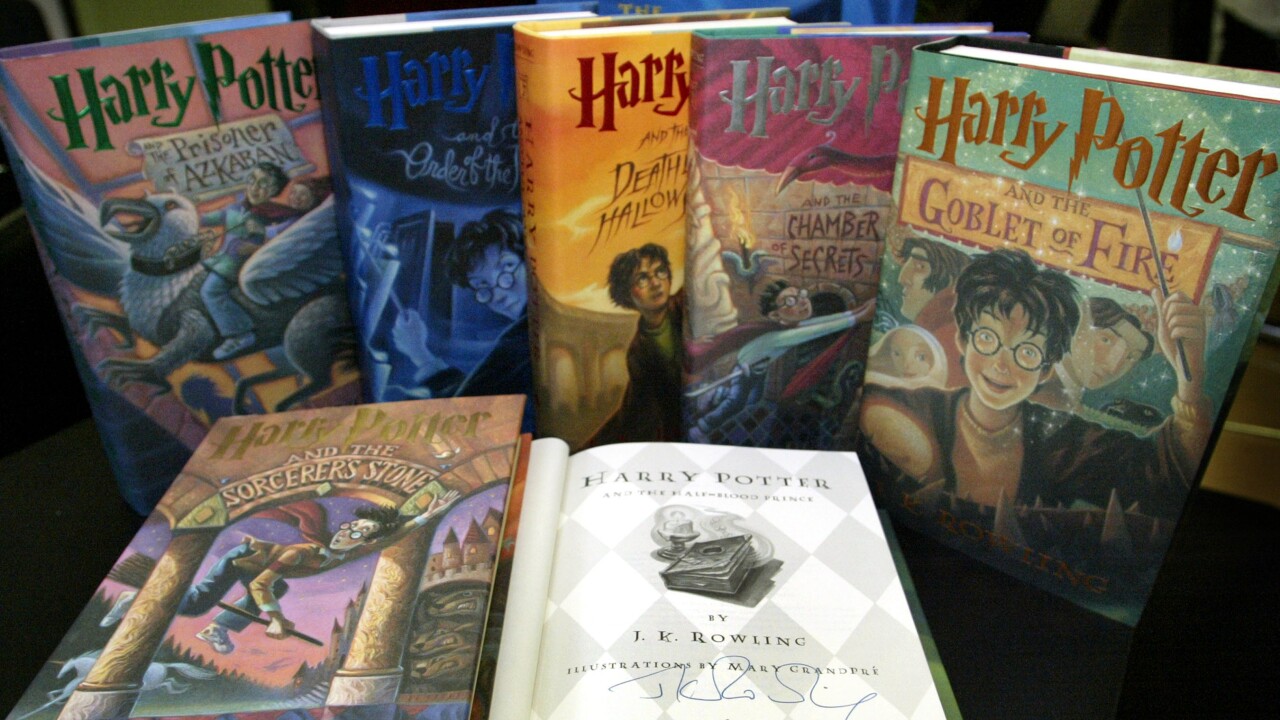 NASHVILLE — Parents have voiced their concern in an anonymous letter after the pastor of a Catholic school in Tennessee pulled the "Harry Potter" book series from the school's library because, according to him, they glorify acts of conjuring the dead and evil spirits, among other things.

According to parents, it wasn't until one parent asked about the removal of the books that Rev. Dan Reehil, pastor of St. Edward Church and School, emailed a response explaining his reasoning.

His email to parents of students at St. Edward Catholic School said in part:

"These books present magic as both good and evil, which is not true, but in fact a clever deception. The curses and spells used in the books are actual curses and spells; which when read by a human being risk conjuring evil spirits into the presence of the person reading the text. I have consulted several exorcists, both in the United States and in Rome, and they have recommended removing the books from circulation."

A group of concerned parents responded to the decision in an anonymous letter saying they are concerned about the pastor's decision but not surprised. In the letter, they explain this wasn't Reehil's first controversial decision or action.

In fact, a group of parents have previously met with representatives of the Diocese of Nashville on three separate occasions since fall 2017 regarding the pastor's teaching methods and the following issues:

According to Rebecca Hammel, who responded to parents in an email, the books have never been part of school curriculum "and were only made available in the school library for enrichment reading."

Hammel, the superintendent of Catholic Schools in the Diocese of Nashville, explained a local library science professional was asked to help organize and purge the library material as it moves into a new space. They recommended some books be removed due to age appropriateness and poor circulation. That's when Reehil made his decision to pull the books.

Hammel said students can still read the books while at school, they just won't be provided in the school library.

"While the Catholic Church has expressed no formal position on the books and related movies, many voices in the Church, even at higher levels, have expressed that the subject matter may be appropriate when due consideration is given to the maturity of the reader. We leave these decisions to you as your children’s primary educator," said Hammel in the email.

She also addressed talk of planned "disruptions" at the school on Tuesday, saying a security team will be at the school and "standard protocols will be in place."

Over this Labor Day weekend, a story about the removal of Harry Potter books from the Saint Edward School library appeared in the local news media. That story has drawn interest in news media nationally and internationally and has received quite a bit of attention on social media.

In order to keep the school community informed, I offer you the following points. As part of the building’s reconfiguration this summer, a local Library Science professional was asked to assist with the organization and purging of the library material to be moved into the new space. She recommended the removal of some books for age-appropriateness and several other materials due to poor circulation.

During this process and out of an abundance of caution, Fr. Reehil, acting in his role as pastor, discerned that the Harry Potter series was not appropriate for the library for a variety of reasons and chose not to include them in the new space.

The books have never been part of the curriculum and were only made available in the school library for enrichment reading. Students who obtain the books from other sources are still able to read the books at school; the school library will simply not offer them as part of its selection.

Over the years this series has received attention over its presentation of magic and witchcraft. While the Catholic Church has expressed no formal position on the books and related movies, many voices in the Church, even at higher levels, have expressed that the subject matter may be appropriate when due consideration is given to the maturity of the reader. We leave these decisions to you as your children’s primary educator.

A few of you have expressed concern for disruptions to the school day tomorrow. Please know our standard protocols will be in place: the security team will be present as usual and access to the building will be restricted through the bell/response entry system. In the absence of Dr. Wharton, I will be present. Plans are in place to manage any media presence or guests to the campus. Neither will have access to speak to or record students at St. Edward School. Dr. Wharton will return on Wednesday.

We regret that this decision, though made out of concern for the well-being of our students, has yielded a response that has brought undesired attention to the school. My office, the Diocese of Nashville, and the school administrators remain committed to moving the school forward in its new structure.

This story was originally published by Rebekah Pewitt on WTVF.