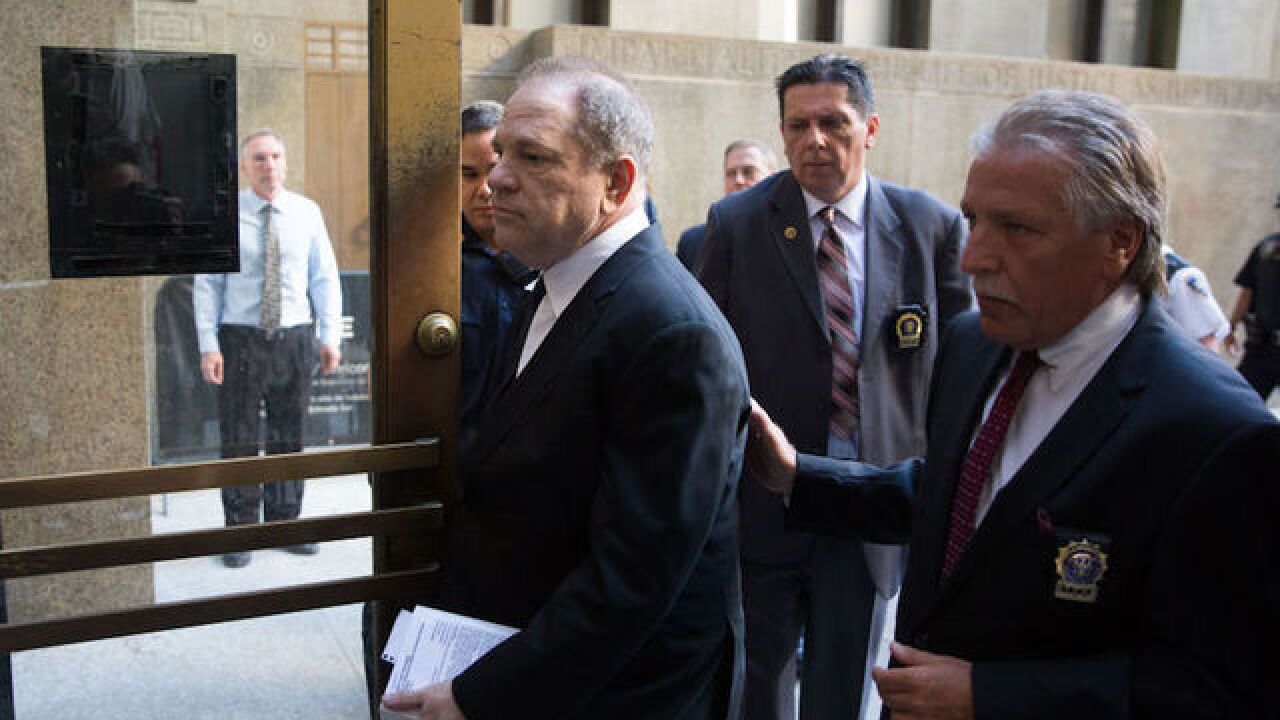 Weinstein, 66, was indicted last week by a grand jury on one count of committing a criminal sexual act in the first degree and two counts of felony predatory sexual assault.

He had already pleaded not guilty to two counts of rape and one first-degree criminal sex act charge, and he is out on $1 million cash bail.

Weinstein's attorney Benjamin Brafman said last week that he would enter a plea of not guilty to the three new charges.

"Mr. Weinstein maintains that all of these allegations are false and he expects to be fully vindicated," Brafman said in a statement. "Furthermore, to charge Mr. Weinstein as a predator when the interactions were each consensual is simply not justified."

In all, Weinstein now faces six felony charges relating to three women: two counts of predatory sexual assault, two counts of criminal sexual act in the first degree, and one count each of first-degree rape and third-degree rape. The charges are related to separate incidents in 2004, 2006 and 2013.

"A Manhattan Grand Jury has now indicted Harvey Weinstein on some of the most serious sexual offenses that exist under New York's Penal Law," Manhattan District Attorney Cyrus R. Vance Jr. said in a statement. "This indictment is the result of the extraordinary courage exhibited by the survivors who have come forward."

Weinstein was one of the most powerful figures in the film industry until last year, when The New Yorker and The New York Times published accounts from several women accusing him of various forms of sexual assault and misconduct.

Since then, more than 40 women, including actresses Ashley Judd, Gwyneth Paltrow and Angelina Jolie, have accused Weinstein of sexual misconduct. Weinstein was fired from the Weinstein Company, which has since filed for bankruptcy and been sold off.

The women's accounts -- and the public's willingness to believe them -- emboldened others around the world to stand up to powerful, abusive men in what has come to be known as the #MeToo movement.