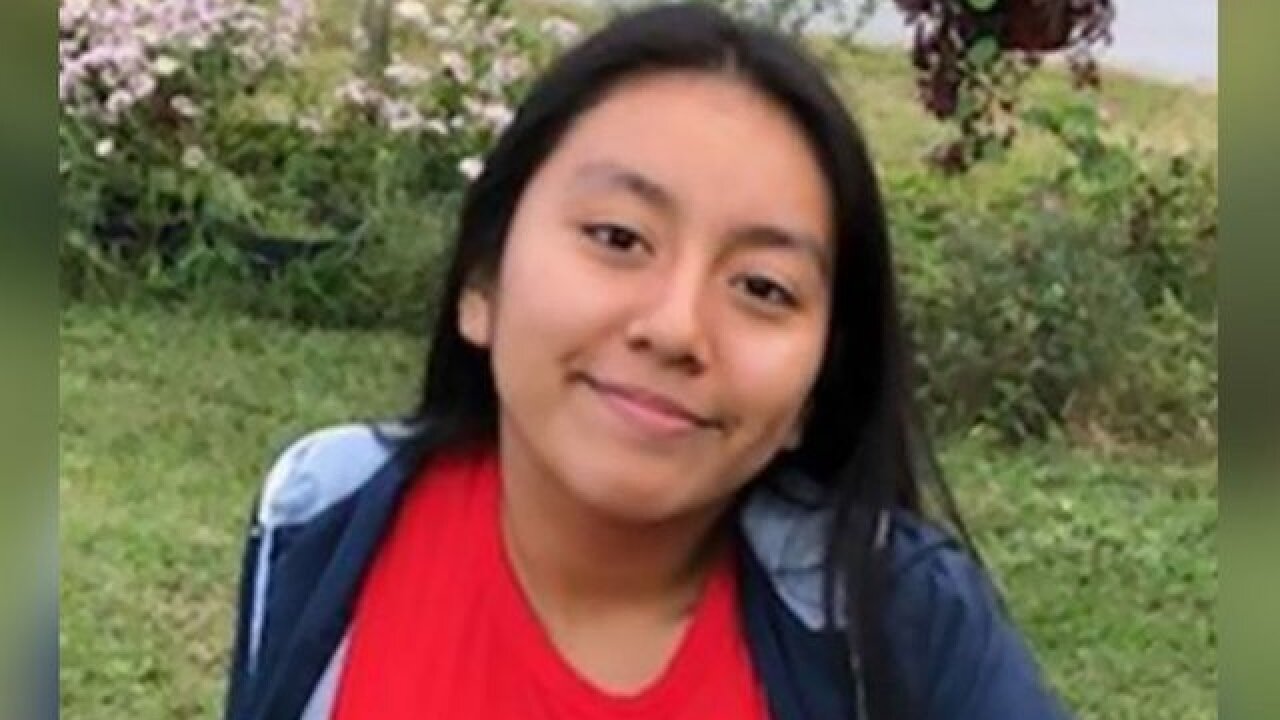 BREAKING: Investigators have identified the remains as those of Hania Noeila Aguilar. More on this as it develops.

ORIGINAL STORY: Investigators following leads in the disappearance of a 13-year-old North Carolina girl have found a body that is awaiting positive identification, the FBI said.

Hania Noelia Aguilar was abducted outside her home in Lumberton on the morning of November 5, 2018, authorities said.

The body was found Tuesday afternoon in Robeson County, the FBI said in a statement, just a few miles from Hania's home.

Investigators notified the missing teen's family "out of an abundance of caution," but no confirmation has been made of the body's identity, the FBI said.

"Please continue to pray for Hania, her family, and each other as the investigation continues to find out who kidnapped Hania and hold them responsible," the FBI said.

Police say someone drove away with Hania in a relative's SUV that was parked in the driveway Monday morning before school, prompting authorities to issue an Amber Alert for her.

A witness saw a man dressed in black and wearing a yellow bandana force Hania into the vehicle. Authorities said they have no reason to think Hania knew her abductor and her family is cooperating with the investigation.

The stolen SUV was found abandoned less than 10 miles from Hania's home at the Rosewood Mobile Home Park, authorities said.

Lumberton police and the FBI asked residents with video surveillance systems to save video recordings, even if they don't see the vehicle in the footage, and contact them. Most recently, FBI Charlotte released a photo of sneakers that belonged to Aguilar, hoping to generate more tips about the teenager's disappearance.

The Lumberton Police Department and the FBI have followed more than 800 leads, interviewed more than 400 people and reviewed hours of surveillance footage since the kidnapping, according to officials with the FBI in Charlotte.

A reward for information that leads to her has risen to $20,000, Lumberton police Chief Michael McNeill said Friday.