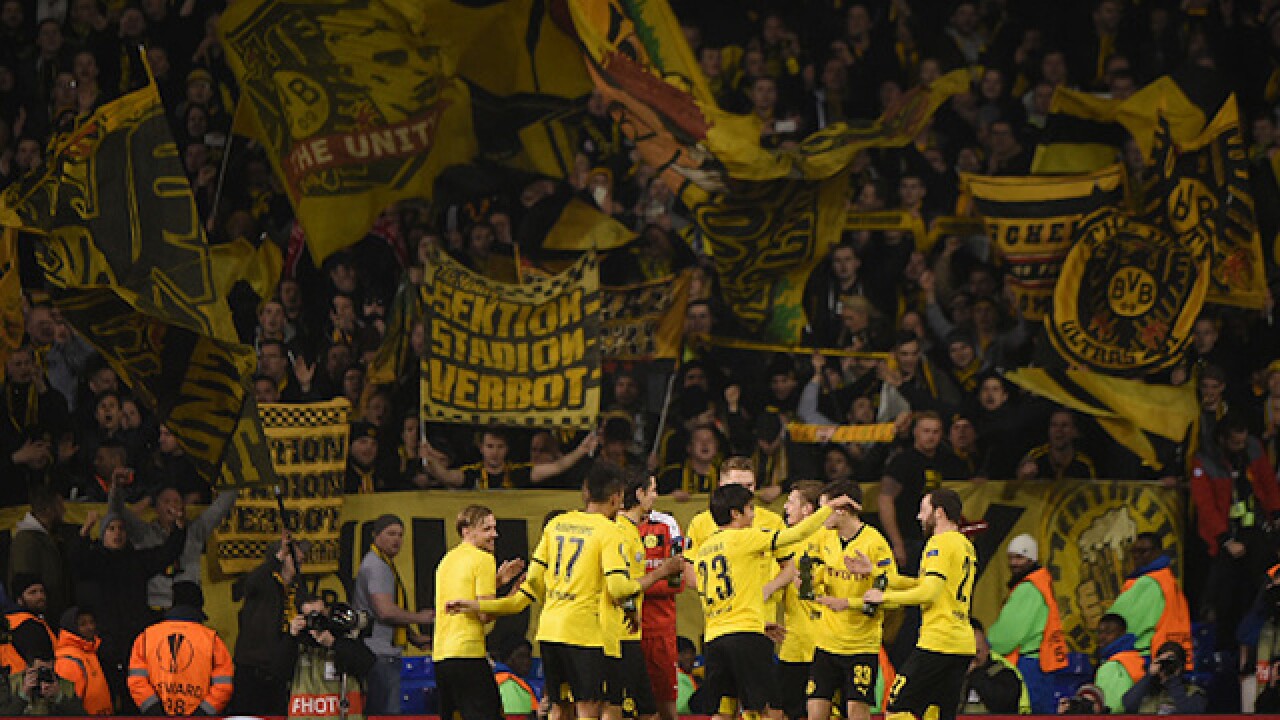 Copyright 2017 Scripps Media, Inc. All rights reserved. This material may not be published, broadcast, rewritten, or redistributed.
Tom Dulat
<p>LONDON, ENGLAND - MARCH 17: Borussia Dortmund celebrate victory with their fans after the UEFA Europa League round of 16, second leg match between Tottenham Hotspur and Borussia Dortmund at White Hart Lane on March 17, 2016 in London, England. (Photo by Tom Dulat/Getty Images)</p> 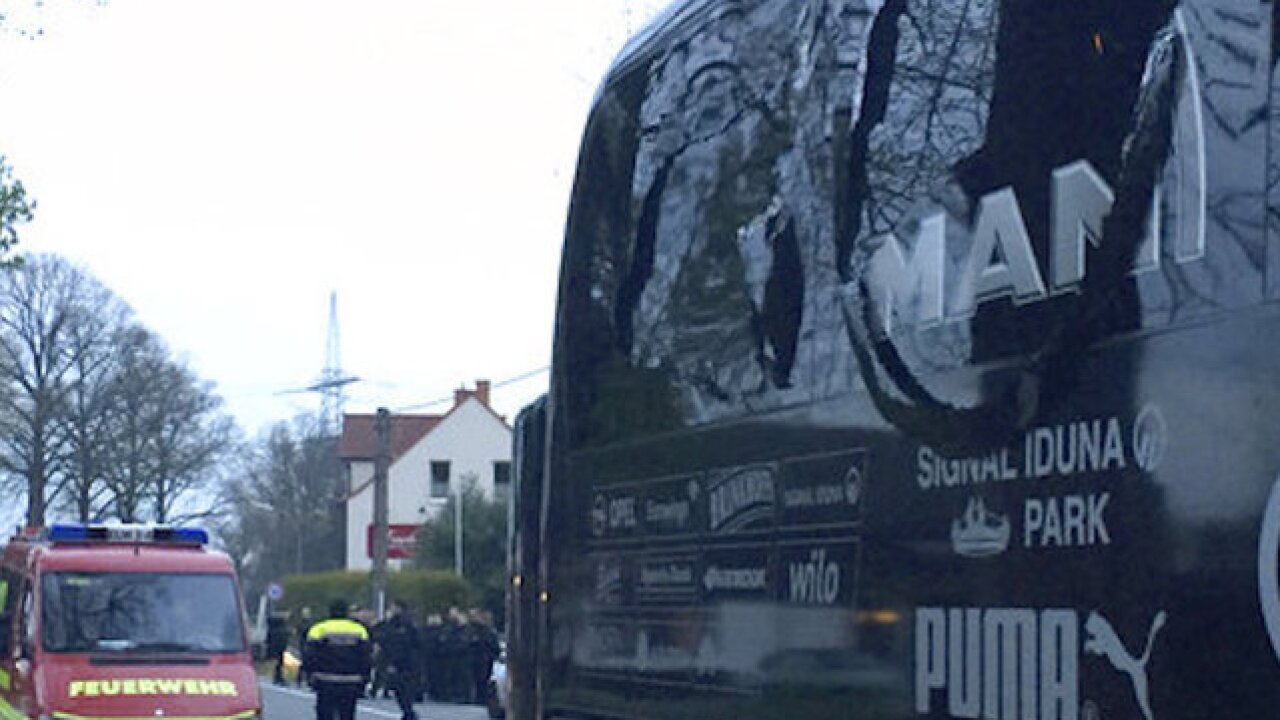 Twenty-six-year-old Spanish defender Marc Bartra suffered injuries to an arm and hand, the team said. Bartra, who has played 17 games in all competitions for Dortmund this season, was treated at the scene and hospitalized.

Between 40 and 50 people, including the trainer and medical support staff, were on board when three explosions were heard, the spokesman said. The cause was unknown. The initial report was of one blast, but police later said there were three.

A preliminary investigation indicates the explosives "could have been hidden in a hedge near a parking lot," according to an update posted on the Dortmund police website.

Video from the scene showed police escorting American midfielder Christian Pulisic away from the bus, apparently unharmed. Other images showed head coach Thomas Tuchel and members of the team in training gear, accompanied by police with long guns, standing on the side of the road. Some of the players looked stunned.

"Our task now is to process this because in less than 24 hours we need to play," Dortmund CEO Hans-Joachim Watzke said, according to a CNN translation. "That's our job. There is no alternative. It's an unlucky situation but there is no other solution."

The location of the blast was roughly 13 kilometers (8 miles) from Westfalenstadion, also known as Signal Iduna Park.

As news of the incident spread inside the stadium, fans of Dortmund's opponent, AS Monaco, stood, clapped and chanted "Dortmund!"

No one inside was in danger, police said. Security was heavy after the explosions and the stadium was evacuated.

"Due to tonight's incident, the UEFA Champions League match between Borussia Dortmund and AS Monaco has been postponed until Wednesday at 18:45CET," UEFA, European soccer's governing body, said in a statement. "This decision was made after a meeting held at the BVB Stadion Dortmund between UEFA, representatives of the two clubs and local authorities."

The match is the first of a home-and-away series that will send the winner to the semifinals.