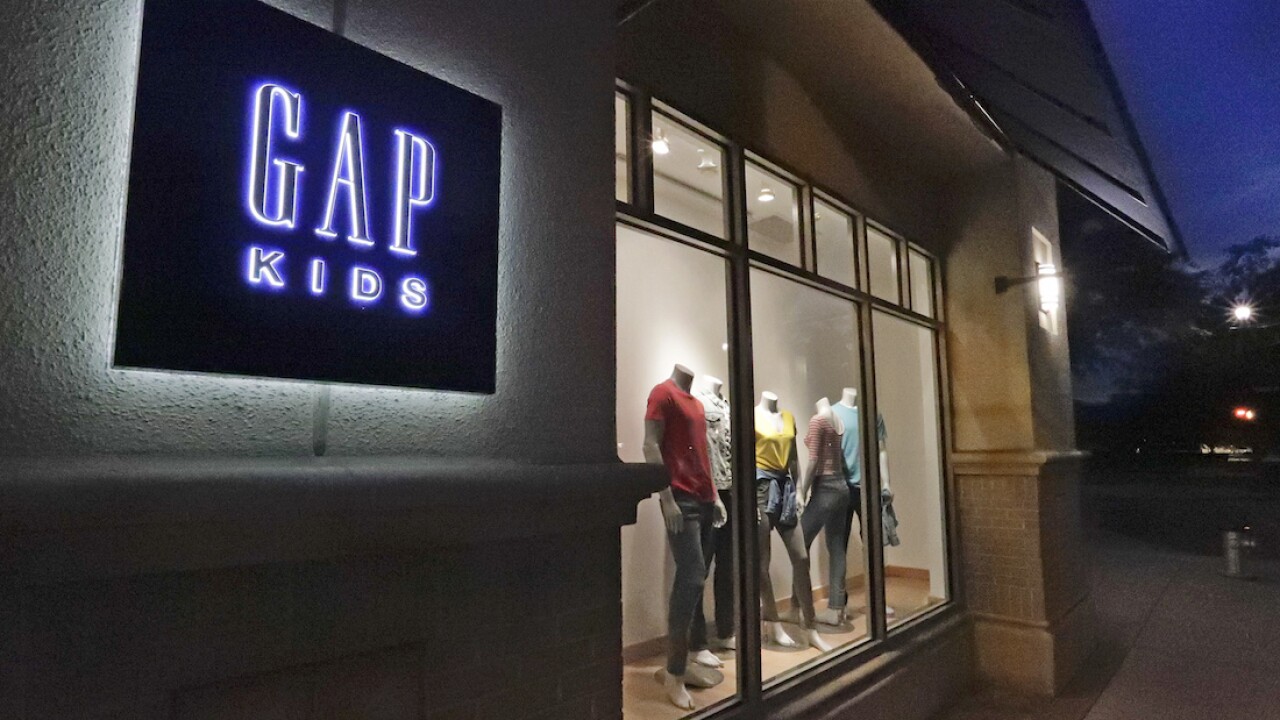 Copyright 2018 The Associated Press. All rights reserved.
John Raoux/AP
FILE - This Aug. 23, 2018, file photo shows a window display at a Gap Kids clothing store in Winter Park, Fla. Gap is moving away from the nation’s malls. The brand, which was for decades a fixture at shopping malls around the country, said that it will be closing 220 stores or one-third of its store base by early 2024 and focus on outlet malls and its e-commerce business. (AP Photo/John Raoux, File)

NEW YORK (AP) — Gap Inc. is moving away from the nation's malls.

The San Francisco-based brand was for decades a fixture at shopping malls around the country.

Back in August, the company announced its plans to close 225 stores globally.

The moves announced Thursday are part of a three-year plan that will see Gap focus on outlets and its e-commerce business.

Gap joins other clothing retailers in trying to reinvent themselves during the COVID-19 pandemic.

The outbreak forced many non-essential stores to temporarily close in the spring and early summer.

On Tuesday, the San Francisco-based company said they are "exploring is the possible closure of our company-operated Gap stores in the United Kingdom, France, Ireland, and Italy at the end of the second quarter in 2021."

Gap Inc plans to shut down more Gap and Banana Republic stores amid the pandemic.

By 2024, the company plans to close 350 mall locations in North America.