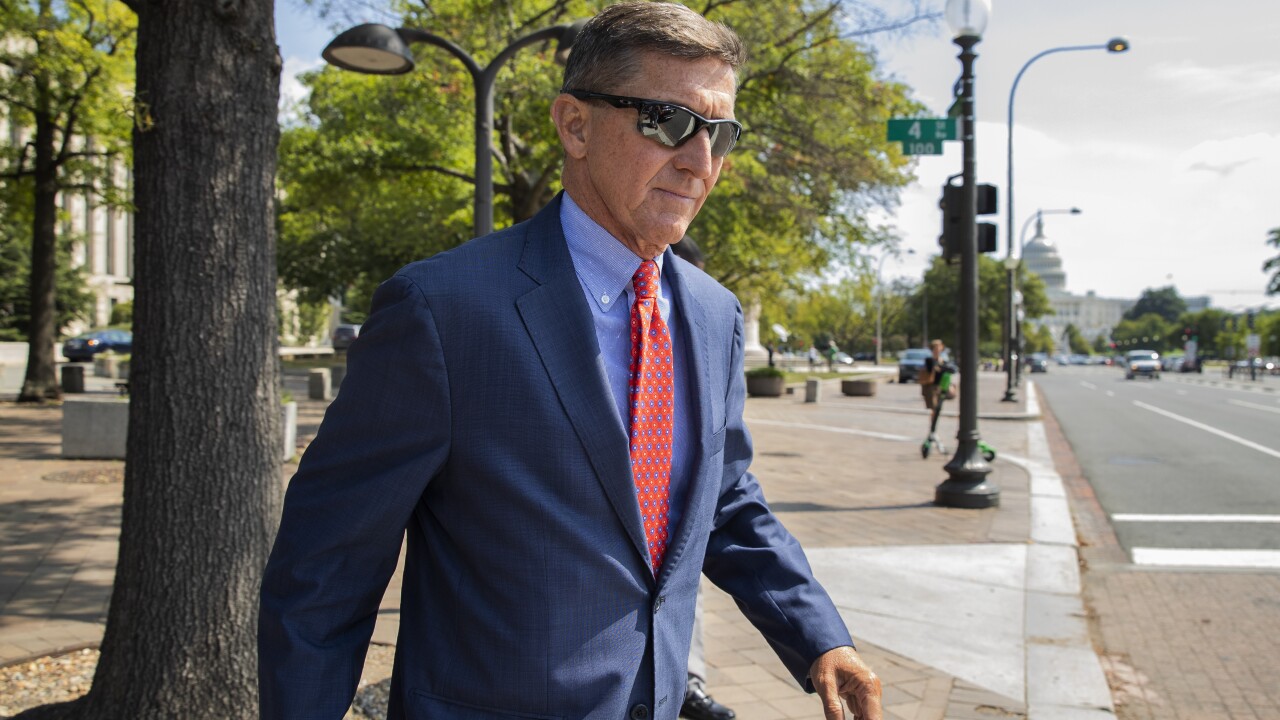 The action by the U.S. Circuit Court of Appeals for the District of Columbia is likely to prolong the fight over Flynn’s fate and represents yet another dramatic development in a case that has taken unexpected twists and turns over the last year and turned Flynn into something of a cause celebre for President Donald Trump and his supporters.

Flynn pleaded guilty in 2017 to lying to FBI agents about his conversations with a Russian diplomat ahead of the inauguration of President Donald Trump.

The court set arguments for Aug. 11.

It did not offer an explanation for its decision in a brief order posted online, saying only "FURTHER ORDERED that oral argument before the en banc court be heard at 9:30 a.m. on Tuesday, August 11, 2020. The parties should be prepared to address whether there are 'no other adequate means to attain the relief' desired."

A three-judge panel of the court ruled 2-1 last month that U.S. District Judge Emmet Sullivan had overstepped his bounds by not granting the Justice Department’s request to dismiss the case against Flynn.

The Justice Department in May moved to dismiss the case against Flynn, one of the signature prosecutions of special counsel Robert Mueller’s investigation into Russian election interference.

The motion followed a review by a U.S. attorney appointed by Attorney General William Barr to scrutinize the case.

But rather than immediately dismiss the case, Sullivan appointed a retired federal judge to argue against the Justice Department’s position and to consider whether Flynn could be held in criminal contempt for perjury.

Flynn’s lawyers asked the appeals court to step in and order Sullivan to grant the department’s request.