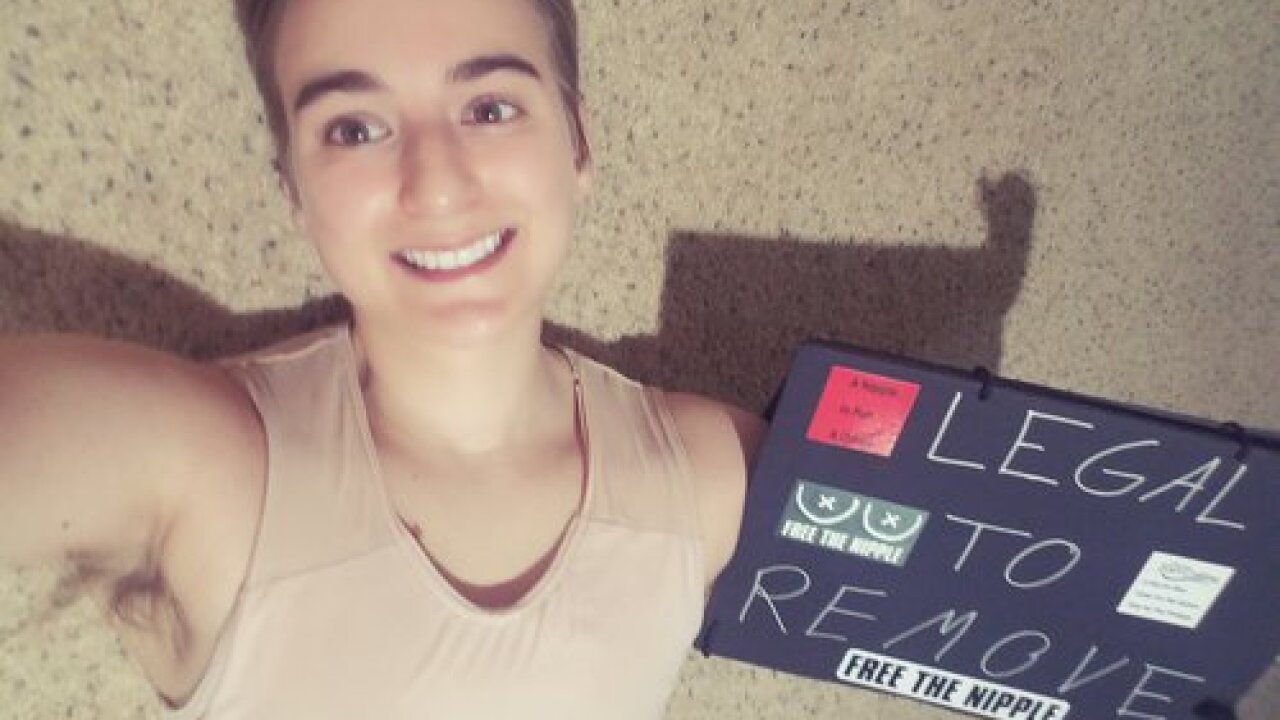 It’s a beautiful, sunny day in Fort Collins, Colorado. Maybe you want to take your shirt off.

Well now, men and women both can show a little skin in the city. Or actually… anywhere in Colorado, Wyoming, Utah, New Mexico, Kansas or Oklahoma.

That’s because of a recent court decision, one the city of Fort Collins decided not to fight.

It’s a big deal for Brit Hoagland and many women who say it’s their right to wear or not wear a shirt.

“Addressing small parts of inequality can make a big difference in how people are treated on a day to day basis, and I thought free the nipple was just one small step closer to how it should be,” said Hoagland.

Brit, along with co-plaintiff Samantha Six, sued the city of Fort Collins for the right to go topless in public.

Andy McNulty is their attorney and says the law is an attack on equal rights.

“Any law that says, ‘Women are prohibited from,’ is unconstitutional and really just intolerable in a society that should treat women as equal to men,” said McNulty.

“Everybody should be able to be comfortable on a hot day and if that means taking their shirt of so be it. No matter how you look, you should have the same freedom at the person next to you. And it’s also about equality,” said Hoagland.

“They had been advocating for a while, trying to get the Fort Collins City Council to get rid of a female topless ban in Fort Collins. They’d been unsuccessful, and they wanted to see if we would be willing to represent them in a legal challenge to that ordinance,” said McNulty.

Fort Collins decided they were not going to try and win at the US Supreme Court.

“I think the council as they articulated in their 4-3 vote, really just thought as a matter of priority, no guarantee of success or that the supreme court would even take it up, that the money was just better spent on other city priorities,” said Tyler Marr, deputy director of information for the city of Fort Collins.

And that means laws banning women from being topless are not enforceable in all six states in the 10th District.

“We made a huge impact way beyond Fort Collins, and we were just trying to start a conversation. And that conversation reached to so many more people. It’s a miraculous achievement I didn’t think I would see in my lifetime let alone so soon,” said Hoagland.

But that’s not to say there aren’t some mixed feelings.

“I guess as a woman, I mean, I do think we deserve equal rights in everything, so I guess that would count too. But I think if women do choose to do that, they might be asking for a little bit of trouble,” said Peg Williams of Boulder, Colorado.

“Just seems like a contradictory of laws a woman can expose her breasts, but a man can’t go in an alley behind a dumpster and take a pee without coming up on criminal charges,” said George Langel of Fort Collins.

However, it’s not all bare breasts and roses. In 2017 the 7th circuit of appeals ruled to uphold Chicago’s topless ban.

That means there’s two districts in the country with opposing views on the matter. If more lawsuits pop up around the country, the supreme court may have to rule on the issue after all.

McNulty says it’s an important issue about equality and how we look at women.

“Our win can show that even in other places that, there’s still hope, and that things can change maybe from a different angle,” said Hoagland.

And they think that, is a battle worth fighting.