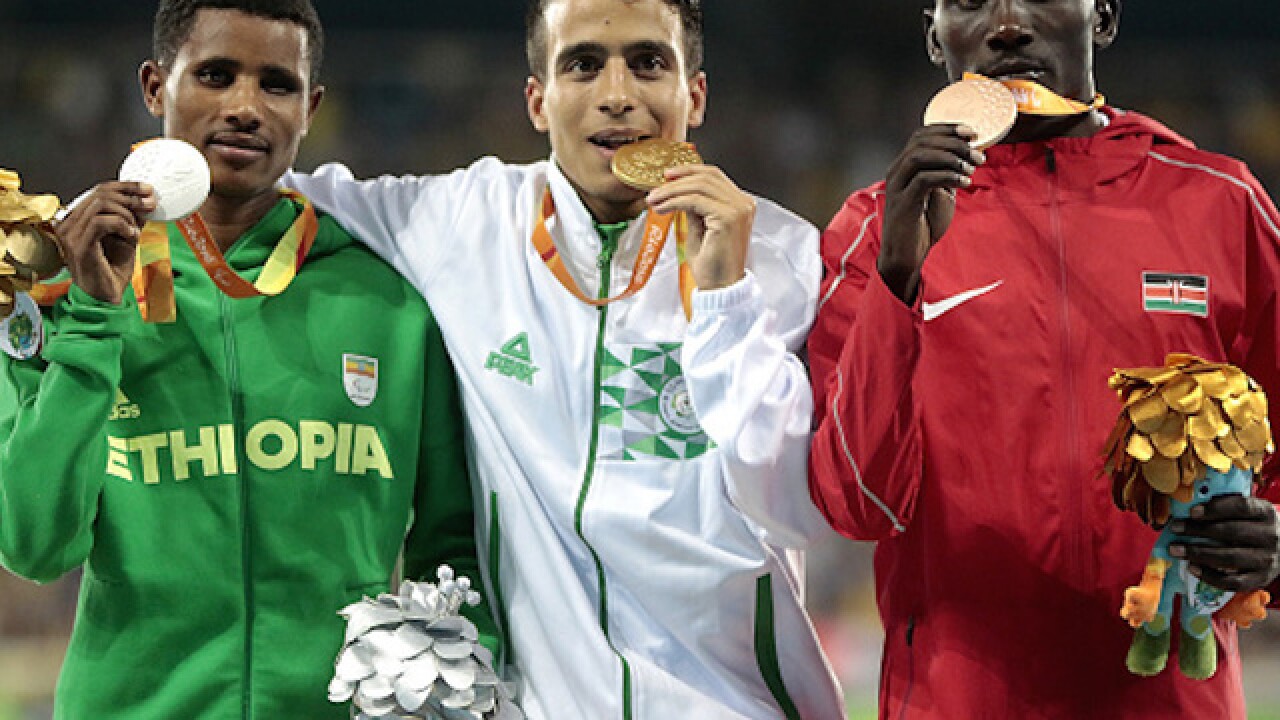 Algeria’s Baka Fouad ran the race of his life on Sunday. The visually impaired runner finished the 1500m in 3:49.84 at the Paralympic Games in Rio — a time that would have won him the gold medal at the Olympics in August.

The only problem? Fouad finished fourth.

In an astonishing race, four visually-impaired runners were able to best their Olympic counterparts in the 1500m final on Sunday in Rio. Baka Abdellatif of Algeria took home the gold with a time of 3:48.29 — nearly two seconds faster than Olympic gold medal winner Matthew Centrowitz Jr. of the United States.

Demisse Tamiru of Ethiopia took the silver with a time of 3:48.29, and Kirwa Henry of Kenya finished in third with a 3:49.59

Tamiru’s time is listed as a Paralympic record and a World Record for the visually impaired.

The full video of the race can be viewed below.