Former Massachusetts Gov. Deval Patrick has decided he will not run for president in 2020 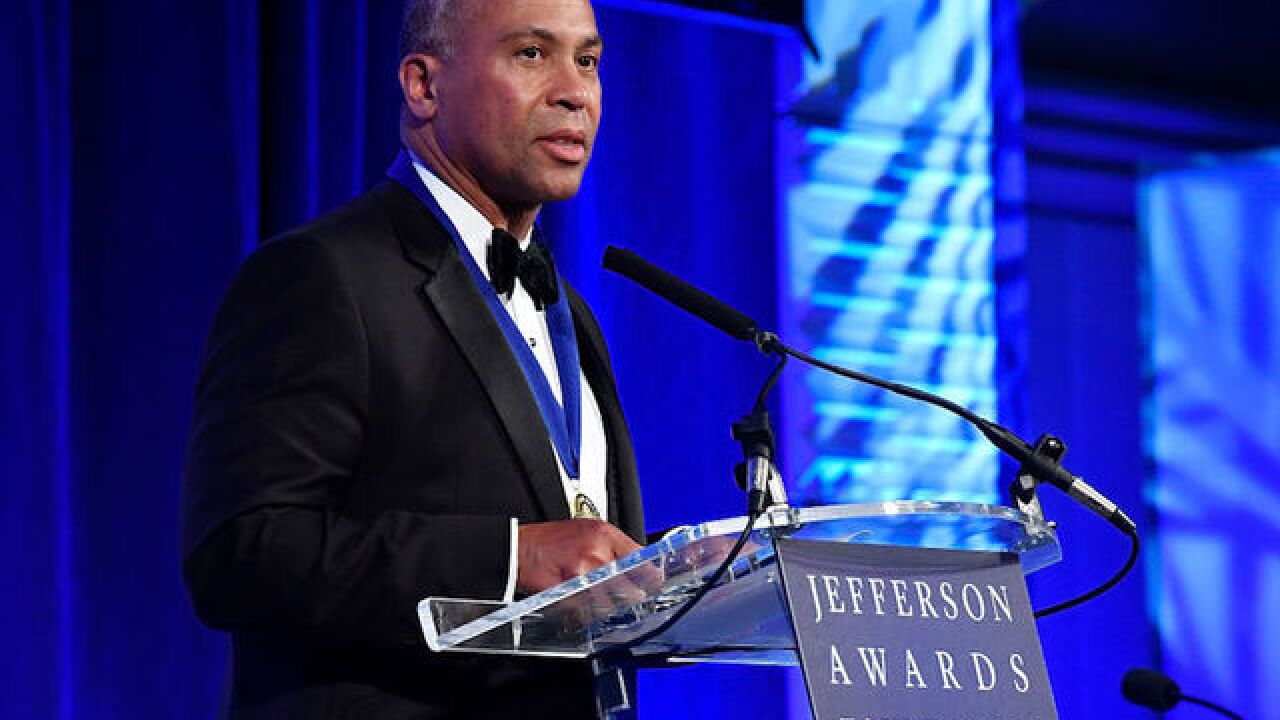 Image copyright 2017 Getty Images. All rights reserved. This material may not be published, broadcast, rewritten, or redistributed.
Larry French
<p>Deval Patrick, recipient of the U.S. Senator John Heinz Award for Outstanding Public Service by an Elected or Appointed Official, speaks on stage at The Jefferson Awards Foundation 2017 DC National Ceremony at Capital Hilton on June 22, 2017 in Washington, DC. </p>

Former Gov. Deval Patrick has decided not to run for president and plans to announce his decision soon, a source close to the Massachusetts Democrat tells CNN.

Patrick, a two-term governor and close ally to former President Barack Obama, had been considering a 2020 run after entering the private sector and taking a job at Bain Capital in 2015. He had upped his political involvement ahead of the 2018 midterms -- endorsing candidates in South Carolina, Texas, New Jersey and a handful of other states -- leading many to believe he was going to jump into the race.

Patrick, despite the speculation that he was going to run, had repeatedly acknowledged the enormity of the decision.

"It's on my radar screen," Patrick told a public radio station in Kansas City during the midterms, adding that "it's a huge decision."

Patrick also expressed concerns about standing out in what is expected to be a wide-open Democratic field.

"It's hard to see how you even get noticed in such a big, broad field without being shrill, sensational or a celebrity," Patrick told David Axelrod, a former top Obama adviser, in September. "And I'm none of those things and I'm never going to be any of those things."

A spokesman for Patrick declined to comment on the governor's decision not to run for President, which was first reported by Politico.

Patrick has been receiving private support from many of the same aides and advisers who helped Obama vault into the White House in 2008.

"Deval would make an outstanding President," Valerie Jarrett, Obama's former senior adviser, told the New Yorker in November. "President Obama and Deval are very much alike in terms of their core values, what drove them into public service, their willingness to lend a hand, the responsibility to give back."