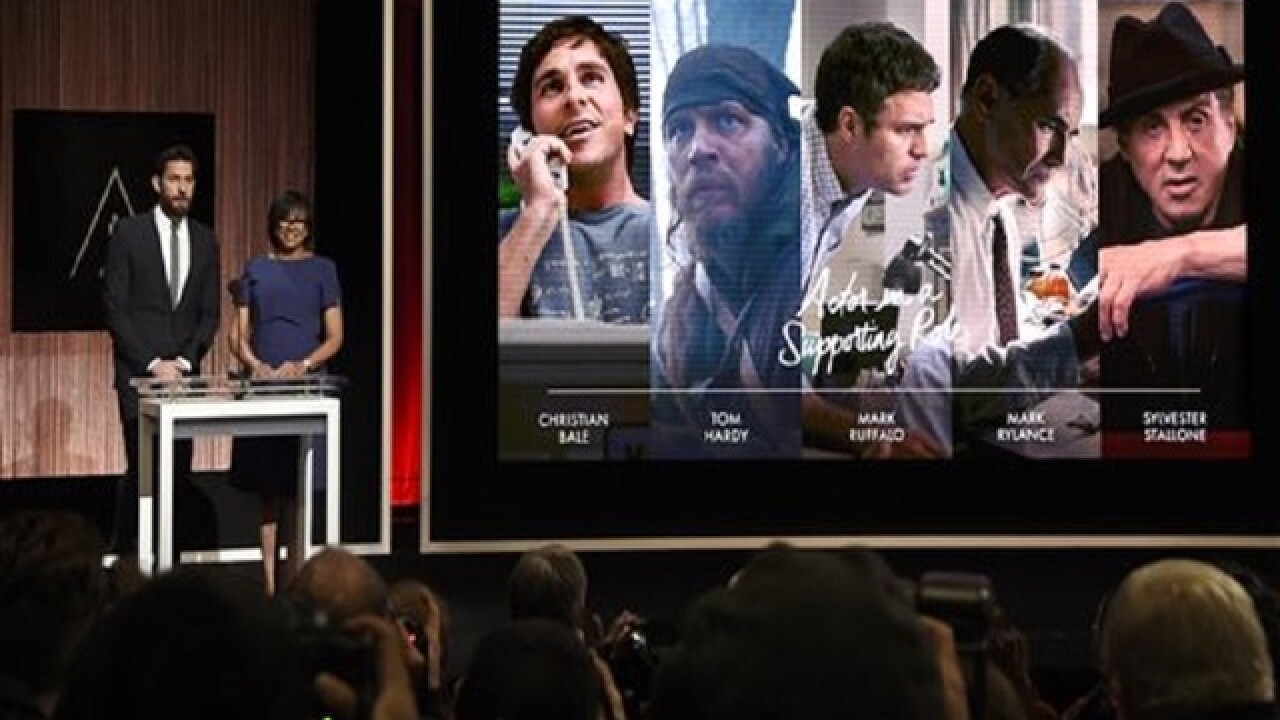 By: Associated Press
Posted at 11:23 PM, Mar 15, 2016
LOS ANGELES (AP) — The Academy of Motion Pictures Arts and Sciences has added three new governors to its 51-member board and appointed six minority members to other leadership positions. The academy also apologized for a racially insensitive skit during last month's Oscar show.
Academy president Cheryl Boone Isaacs announced the new appointees late Tuesday after a meeting of the organization's Board of Governors. The board also ratified other changes proposed in January in response to the OscarsSoWhite crisis aimed at increasing diversity, including limiting Oscar voting rights to those active in the movie business.
The academy's apology came after criticism from some Asian academy members offended by a skit during the Oscar show that introduced three Asian kids as academy accountants.
"I can understand the feelings and we are setting up a meeting to discuss, because as you well know, no one sets out to be offensive, and I'm very sorry that has happened," Boone Isaacs said in a phone interview with The Associated Press late Tuesday. "I think so much is achieved with dialogue, so much is achieved. And that is what we'll continue to do: have dialogue, listen and just keep fixing."
In the interview, Boone Isaacs also expanded on Tuesday's board meeting and the academy's diversity goals. Responses have been edited for brevity and clarity.
AP: Talk about the new positions announced tonight (new governors include Oscar telecast producer Reginald Hudlin and "Kung-Fu Panda 3" director Jennifer Yuh Nelson; committee members include actor Gael Garcia Bernal and producer Effie Brown).
Boone Isaacs: Now the board has much more of a diversity to it... It's always good to have some new-ness, someone who comes into the conversation that has been rolling along, just a different perspective... We set out, even a few years ago, of having more inclusion and certainly have stepped it up. We just want to keep this process going, and so were really happy that were able to announce these additions.
AP: How did the voting discussion go? When you first announced planned voting changes in January, some older members worried about losing their privileges.
Boone Isaacs: Overall it was positive. What we have added to this discussion is — our branches are diverse within themselves... in terms of perspective, and we respect this tremendously. We have just clarified a bit more that because the branch qualifications are so varied that the best way to determine specific criteria is within the branches. It's not such a one-size fits all.
AP: So voters concerned about their voting status can appeal to their branch?
Boone Isaacs: Each branch will review with regard to their qualifications.
AP: A past academy president said the goals you announced in January to double the academy's female and minority members are impossible to achieve without relaxing standards. Are they?
Boone Isaacs: the thing is we want to set goals and we're going to work our damndest to meet them all. That's our goal. The goal is to have one, and then do everything you can to meet it... Everything about us is setting our standards high, and we're going to continue that.
I think that this conversation really has picked up around the industry as a whole. You see different companies — whether its Bad Robot or Ryan Murphy or Plan B or the program that Warner Bros. just set up — this conversation is really, really rolling. So absolutely: Let's set it, let's work for it and do everything we can. That is the goal.
AP: Two dozen Asian academy members complained about a skit during the Oscar show that played on Asian stereotypes. The academy released an apology statement, but what else can be done?
Associated Press 2016