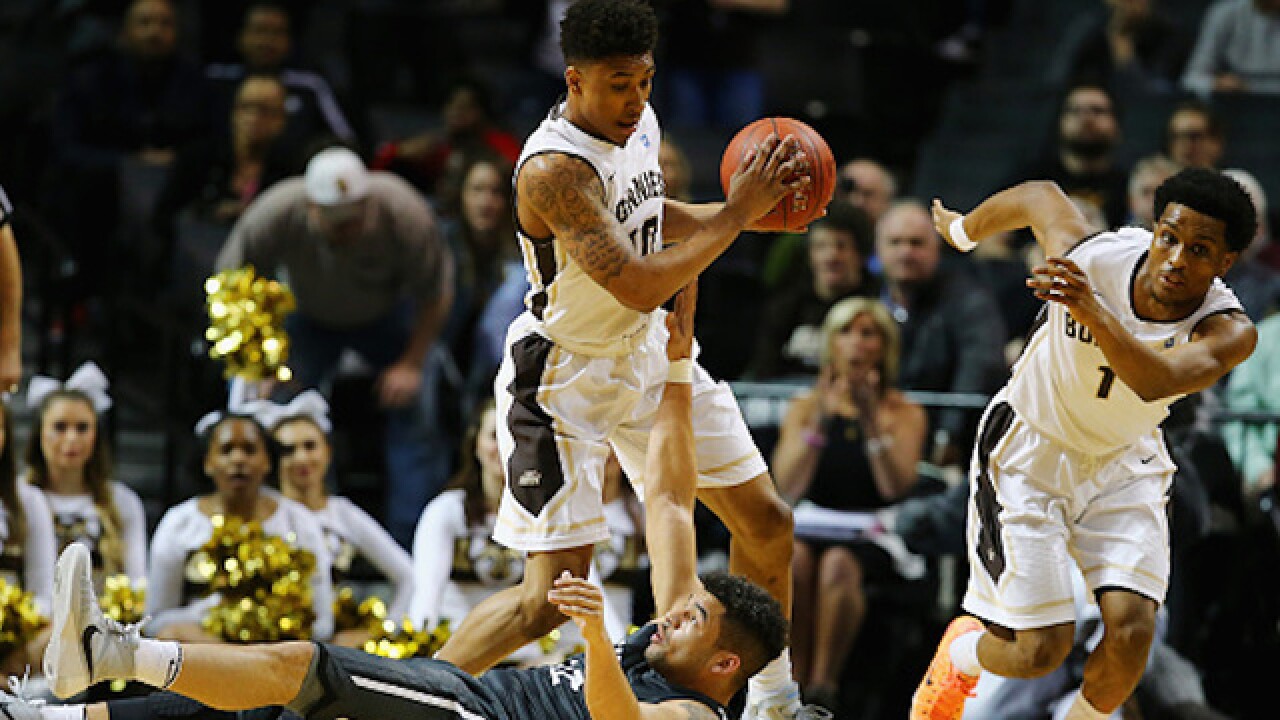 Copyright Getty Images
Al Bello
<p>NEW YORK, NY - MARCH 11: Jaylen Adams #10 of the St. Bonaventure Bonnies grabs the ball against Jack Gibbs #12 of the Davidson Wildcats during the Quarterfinals of the Atlantic 10 Basketball Tournament at the Barclays Center on March 11, 2016 in New York, New York. (Photo by Al Bello/Getty Images)</p>

It is a scene that plays out across the country during college basketball season; rabid basketball fans flood the court after the home team pulls off a big upset.

But on Saturday, fans storming the court caused St. Bonaventure to lose a crucial matchup against Atlantic 10 rival VCU.

Here is what happened:

St. Bonaventure's Matt Mobley drained a 3-pointer with .5 seconds left to give the Bonnies a 66-65 lead. Staff and players from the bench along with several cameramen briefly entered the court. The team retreated as VCU went to put the ball back in play for one last shot.

After VCU put the ball in play and missed a last-second 3, the clock expired and the buzzers sounded, causing a ruckus among St. Bonaventure and fans.

But referees ordered the fans to leave the court as the referees gave the Bonnies a one-shot technical foul. VCU's JeQuan Lewis hit the free throw, forcing overtime.

In overtime, VCU outscored St. Bonaventure by six to win 83-77. The game kept VCU in first place in the conference, and gave St. Bonaventure a huge blow on its hopes of getting an at-large bid into the NCAA Tournament.

Following the game, Atlantic 10 officials asserted that referees made the correct call giving a technical foul against the fans and team for delay of game.

Was lax security the reason for the loss? St. Bonaventure coach Mark Schmidt slammed his university's police and arena staff for not preventing the giant mob of fans from taking over the court.

“For it to be taken away because of the inability to have something in place to prevent the students and other people from storming the court, we’ve got to do a better job,” Schmidt said. “I’m not putting blame on any one person, but that can’t happen. It can’t happen.”

Should the fans have cost St. Bonaventure the game? You be the judge: