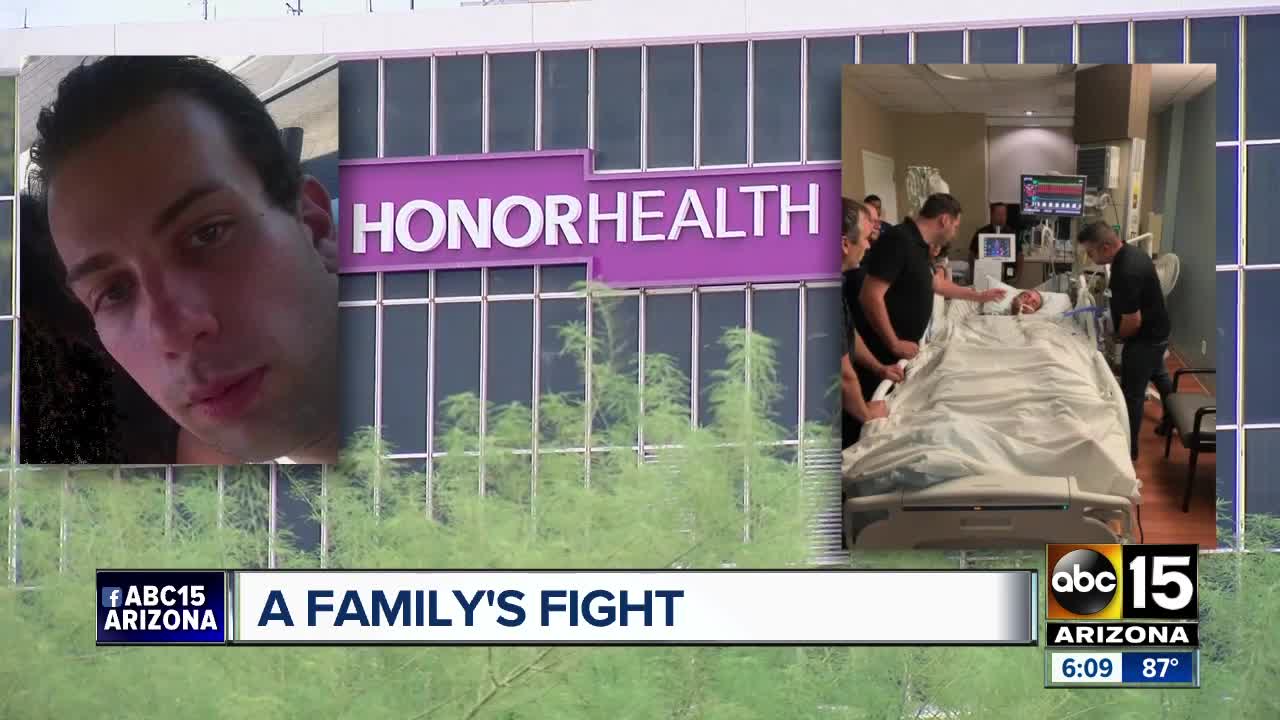 A family held a protest outside a Valley hospital, where staff says their son is brain-dead, but they haven't given up hope. 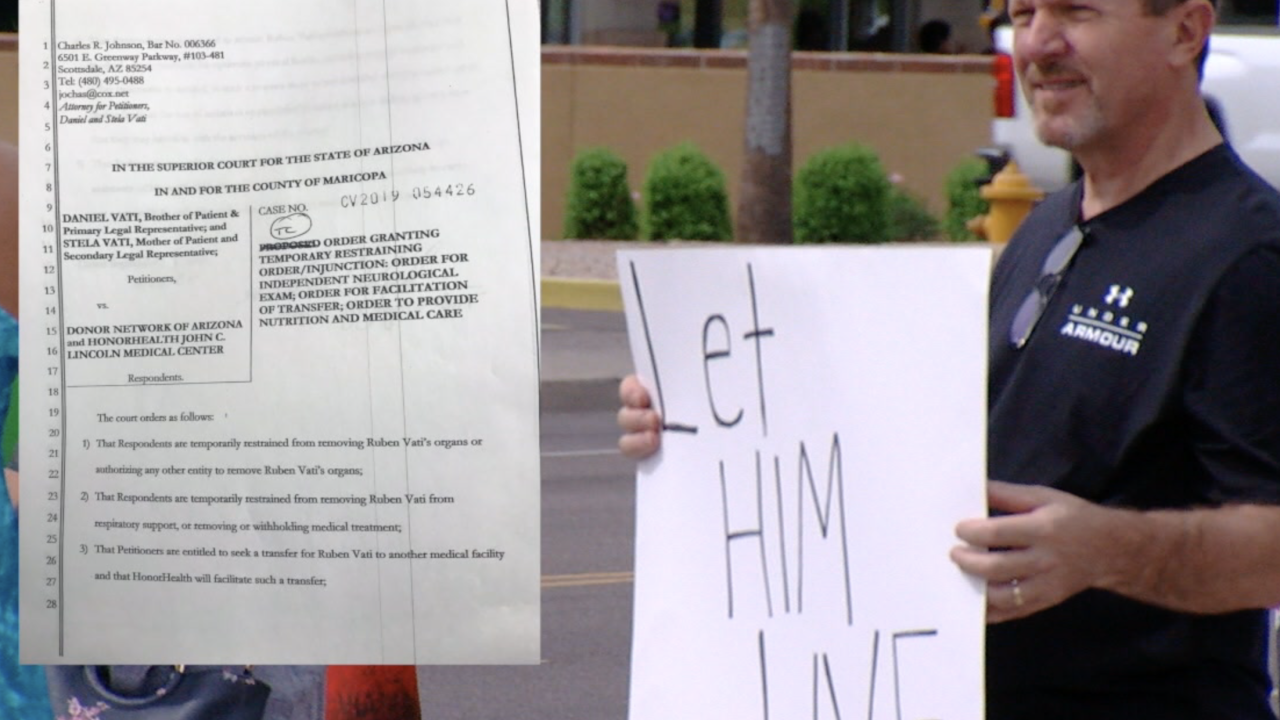 PHOENIX — 26-year-old son Ruben Vati was rushed to Phoenix's HonorHealth Hospital after an overdose on Sept. 11. Four days later on Sept. 15, he was declared deceased.

But Vati remains in the hospital, and his family doesn't want to let him go.

"We love him very much, we don't want to lose him. We love him, more than anything," Stela Vati, Ruben's mother, said.

A death certificate was even issued, but the Vati family believes otherwise.

"They said from the neck up he's dead, but he don't look dead to me," Stela Vati said.

The Vati family says Ruben is a registered organ donor and due to his status, feel there is pressure to have him taken off ventilators and machines to keep him alive. According to court documents filed over the past week, Ruben has no brain function, determining him to be dead and not in a coma state, as stated by the family.

The Vati family believes that if Ruben were to be given more time, he'd "come out" of the vegetative state he is currently in and make progress.

"Give him a chance, just like anybody else, that is all we are saying," Stela Vati said.

The Vatis have asked for a court order that would allow for a board-certified neurologist to come into the hospital and assess Ruben as a second opinion. A judge has approved that court order, and according to a statement from the hospital, they are waiting for that expert to come to HonorHealth to assess Ruben.

"We fight them; we don't want them to take his organs no matter what," Stela said.

A judge ruled on Thursday that the family could receive a second opinion to determine if Ruben's brain showed signs of activity, but that it would have to be someone within the HonorHealth organization, instead of an outside neurologist as the family had requested.

Prior to his hospitalization, Ruben had registered twice with the Donor Network of Arizona as a donor. Under state law, that anatomical gift selection must be fulfilled by the procurement agency, and due to the delay for re-evaluation, the organs life-span is dwindling.

According to the law, Ruben's election to be a donor is all the procurement agency needs to continue with the organ donation.

Through a medical power of attorney, Stela and her son Daniel have filed an injunction, or court order, basically halting the hospital and the donor network from going through with recovering Ruben's organs from being transplanted to five different patients waiting for a liver, lung, kidney and heart transplant, according to court documents.

This story was originally published by Karla Navarrete on KNXV in Phoenix.